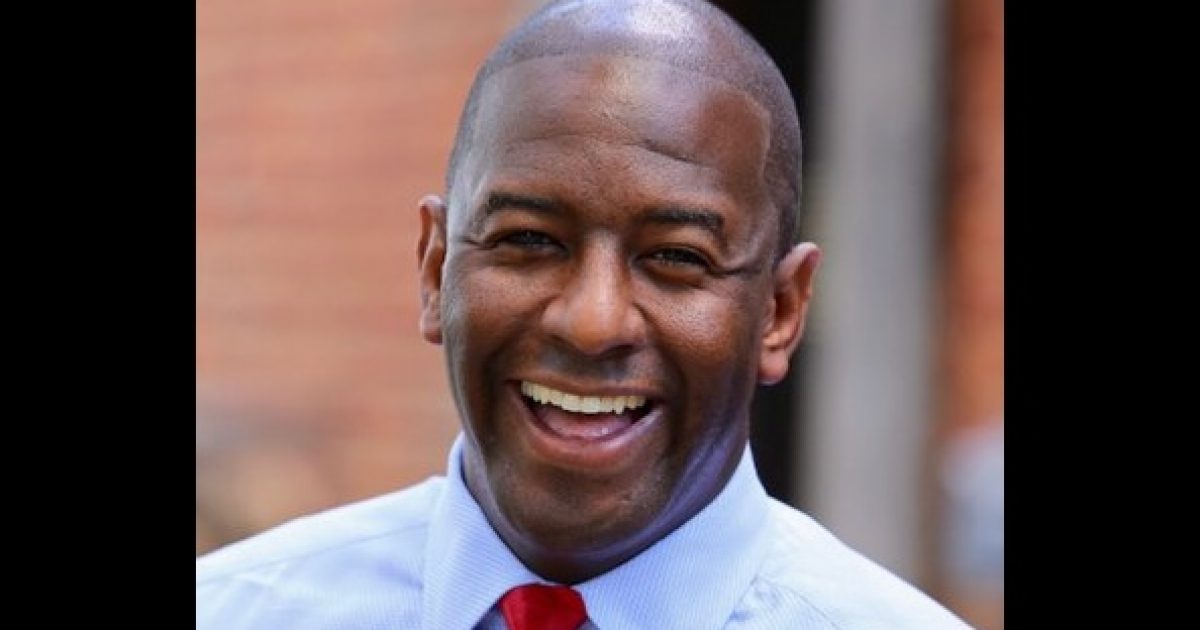 Florida gubernatorial Candidate Democrat Andrew Gillum says he is fighting against assertions that he is anti-police, but his own rhetoric says otherwise. The Tallahassee mayor says believes if an officer has to draw his weapon, he has “gone too far.” In remarks on the liberal “Pod Save America” broadcast October 24, Gillum showed serious anti-police ideas.

“At the time that a law enforcement official has to go to a weapon, to a gun, to a baton, to a Taser, then they have already had to go too far. By their very presence, by the very trust that they inspire in community and society, they are supposed to be able to bring most situations to heel.” Andrew Gillum

This radical left wing Democrat needs to ride with law enforcement for a long time to understand that not every situation can be solved by “talking.” (Not that it would change his mind). Police are trained to use nonlethal methods first to attempt to talk people down from whatever is occurring. There are a few police officers who shot too fast, but that is most certainly not the norm, and especially if a weapon is involved, all bets are off.  Gillum says he’s just trying to get police “accountability.”

“All this stuff that they say, I’ve got to let them know, anti-police? No. I’m for police accountability, but law enforcement society cannot work and, quite frankly, law enforcement cannot do its job if it does not have a trusting relationship with the community.” Andrew Gillum

Police are held “accountable” all the time. Some have not just been fired, but have actually been charged with murder. Isn’t that “accountable” enough?

If anyone’s never tried to talk to a volatile suspect, they’d not understand that a weapon is the best chance of their own survival, or the saving the lives of those around them. A taser, for example was designed as a nonlethal weapon to immobilize an uncooperative subject. They don’t always work, neither do pepper balls. It’s most certainly not going “too far.” Not every instance can be solved just by “talking.” Sometimes it’s the threat of force that will slow a suspect down.

Andrew Gillum is either sadly naive or maybe he’s just a Sanders/Clinton endorsed Democrat who thinks police shouldn’t use any kind of force at all. Florida, vote Republican, vote for DeSantis!