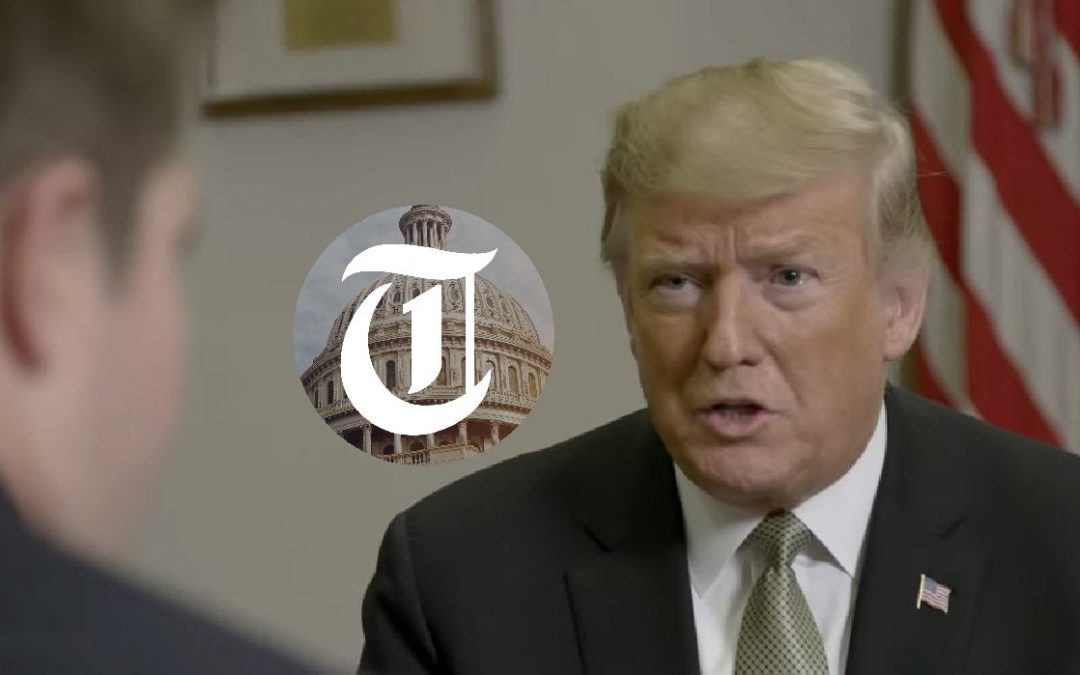 In a newly released interview President Trump said he has plans to sign an executive order ending so-called “birthright citizenship” for babies of non-citizens born on U.S. soil. The move would mark a major overhaul of immigration policy and trigger an almost-certain legal battle.

“Birthright citizenship” allows any baby who is born on U.S. soil to automatically be a U.S. citizen.

The policy, as it stands, comes from a long-recognized interpretation of the 14th Amendment. It has long been disputed and has given rise to what Trump considers abuse of the immigration system.

In the interview on “Axios on HBO” Trump said that the U.S. is the only country in the world “where a person comes in and has a baby, and the baby is essentially a citizen of the United States … with all of those benefits.”

Actually, the U.S. is not the only nation to have birthright citizenship. The policy is rare outside of North and South America.

Trump called birthright citizenship “ridiculous” and said that “it has to end.”

Trump on “Axios on HBO”:

As it stands right now, anyone born in the U.S. whether they are born to a non-citizen or undocumented immigrant, is considered a citizen.

The interpretation of the law has been blamed for so-called ‘birth tourism’ and chain migration.

It seems pretty clear but it can be changed, but how?

Should Trump pursue taking the course of executive order, it would face court challenges.

It remains unclear whether he could prevail. There are legal scholars who would argue that such a change requires a constitutional amendment.

There are some conservatives who argue that the existing amendment holds room for interpretation.

Michael Anton is a former national security adviser for Trump. In July Anton pointed out that “there’s a clause in the middle of the amendment that people ignore or they misinterpret – subject to the jurisdiction thereof.”

Anton told Fox News’ Tucker Carlson in July, “What they are saying is, if you are born on U.S. soil subject to the jurisdiction of the United States – meaning you’re the child of citizens or the child of legal immigrants, then you are entitled to citizenship. If you are here illegally, if you owe allegiance to a foreign nation, if you’re the citizen of a foreign country, that clause does not apply to you.”

Trump said that Central American migrants who are approaching the U.S.-Mexico border in caravans are “wasting their time” and vowed, “they are not coming in.”

The Pentagon announced it would deploy about 5,200 troops to the southern border. The commander of U.S. Northern Command described the deployment of troops as an effort to “harden the southern border” by stiffening defenses at and near legal entry points.

Judge James C. Ho of the Fifth Circuit Court of Appeals and who was appointed by Trump, has argued that it would be “unconstitutional” to change how the 14th amendment was written.

Citizenship is defined in the first clause of the first section of the Fourteenth Amendment as:

Ho explained that the line that is subject to debate, applies to the legal obligation of all foreigners and immigrants to follow U.S. law.

Courtesy of The Trump Times