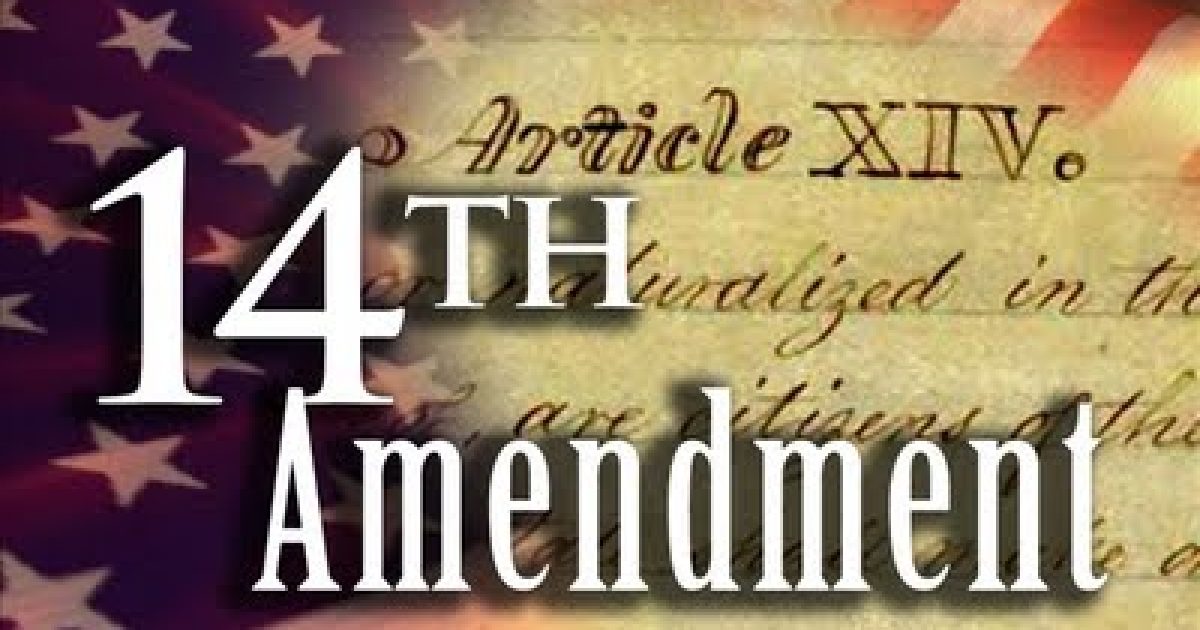 Now, this is really good of President Donald Trump as he has ripped into House Speaker Paul Ryan (R-WI) and said that he “knows nothing” about birthright citizenship and Trump has voiced his desire to use an executive order to end a policy, not a law, to end the granting of automatic citizenship to children born in the US to non-citizen or illegal immigrant parents.

On Wednesday, the President began by tweeting out how former Democrat Senator Harry Reid use to stand against birthright citizenship.

“Harry Reid, when he was sane, agreed with us on Birthright Citizenship!,” tweeted Trump, attaching a video in which Reid said:

“If making it easy to be an illegal alien isn’t enough, how about offering a reward for being an illegal immigrant?  No sane country would do that, right?  Guess again.  If you break our laws by entering this country without permission, give birth to a child, we reward that child with US citizenship and guarantee full access to all public and social services this society to provides and that’s a lot of services.  Is it any wonder that 2/3’s of the babies born at tax payer expense in county-run hospitals in Los Angeles are born to illegal alien mothers?”

Harry Reid, when he was sane, agreed with us on Birthright Citizenship! pic.twitter.com/ypiE1QWKag

Well, yes, yes it is a wonder Mr. Reid, but you went on to embrace these things and even more unconstitutional “services you provide the people and the illegals, including your precious Obamacare.

Just prior to tweeting about Reid, Trump tore into House Speaker Paul Ryan over the issue of birthright citizenship, saying the Wisconsin representative “knows nothing about” it.

“Paul Ryan should be focusing on holding the Majority rather than giving his opinions on Birthright Citizenship, something he knows nothing about!” he tweeted. “Our new Republican Majority will work on this, Closing the Immigration Loopholes and Securing our Border!”

Paul Ryan should be focusing on holding the Majority rather than giving his opinions on Birthright Citizenship, something he knows nothing about! Our new Republican Majority will work on this, Closing the Immigration Loopholes and Securing our Border!

Trump also took the opportunity to  promote a clip from Axios on HBO to speak about his intentions to use an executive order to prevent birthright citizenship.

Some say legal challenges center around the wording of the Fourteenth Amendment that reads in part:

The problem is that it also reads, “subject to the jurisdiction thereof.”  We’ve discussed this over and over regarding the issue of natural born citizenship and how the founders would have understood that in the definition of Vattel’s Laws of Nations.

Trump pointed to that section as well in a followup tweet.

“So-called Birthright Citizenship, which costs our Country billions of dollars and is very unfair to our citizens, will be ended one way or the other. It is not covered by the 14th Amendment because of the words “subject to the jurisdiction thereof.” Many legal scholars agree…..” the president wrote.

So-called Birthright Citizenship, which costs our Country billions of dollars and is very unfair to our citizens, will be ended one way or the other. It is not covered by the 14th Amendment because of the words “subject to the jurisdiction thereof.” Many legal scholars agree…..

Of course, Ryan claims that an executive order wouldn’t work, but there is no law that actually applies birthright citizenship to the children of illegal aliens.

“Well you obviously cannot do that,” he said. “You cannot end birthright citizenship with an executive order. We didn’t like it when [former President Barack Obama] tried changing immigration laws via executive action and obviously as conservatives we believe in the Constitution.”

Right, but that’s a completely different issue.  Obama was thumbing his nose as immigration law. The Fourteenth Amendment is clear that when someone is born here, they must also be subject to the jurisdiction.  Is it Speaker Ryan’s position that foreign dignitaries who may visit the US and their wives give birth here, that those children be US citizens?  Why on earth would he think so or think not?  Ryan simply does not know the Constitution he swore to uphold.

Let’s let Bethany Balnkley cite a little history for us to demonstrate that the writer of the Fourteenth Amendment agreed with President Trump on this, not Speaker Ryan.  I might also add this has ramifications for many currently serving in the US Senate, such as Ted Cruz and anchor baby Marco Rubio.

The 14th Amendment is one of the most misunderstood, and most cited amendment among all of the amendments in litigation in the United States. Its author, Senator Jacob Howard (R-MI), wrote quite clearly the purpose of the law’s scope when he introduced it:

Representatives shall be apportioned among the several States according to their respective numbers, counting the whole number of persons in each State, excluding Indians not taxed. But when the right to vote at any election for the choice of electors for President and Vice-President of the United States, Representatives in Congress, the Executive and Judicial officers of a State, or the members of the Legislature thereof, is denied to any of the male inhabitants of such State, being twenty-one years of age, and citizens of the United States, or in any way abridged, except for participation in rebellion, or other crime, the basis of representation therein shall be reduced in the proportion which the number of such male citizens shall bear to the whole number of male citizens twenty-one years of age in such State.

No person shall be a Senator or Representative in Congress, or elector of President and Vice-President, or hold any office, civilor military, under the United States, or under any State, who, having previously taken an oath, as a member of Congress, or as an officer of the United States, or as a member of any State legislature, or as an executive or judicial officer of any State, to support the Constitution of the United States, shall have engaged in insurrection or rebellion against the same, or given aid or comfort to the enemies thereof. But Congress may by a vote of two-thirds of each House, remove such disability.

The Congress shall have the power to enforce, by appropriate legislation, the provisions of this article.

When it was first introduced and debated, controversy surrounded the Amendment mentioning of the role of the states, which President Andrew Johnson opposed.
According to The Federalist Papers Project, Howard wrote, in part, “that every person born within the limits of the United States, and subject to their jurisdiction, is by virtue of natural law and national law a citizen of the United States.”

“will not, of course, include persons born in the United States who are foreigners, aliens, who belong to the families of ambassadors or foreign ministers accredited to the government of the United States, but will include every other class of persons.”

Clearly, the 14th Amendment was never intended to be misused as it has been by judges and politicians, who obviously did not understand American history or constitutional law. The 14th Amendment does not grant citizenship to anyone other than the freed slaves of the Civil War. It does not make a citizen of anyone born on U.S. soil. It matters not if the parents are in the U.S. legally or illegally. None are citizens, according to the 14th Amendment.

The concepts of “birthers” or “anchor babies” or “birthright citizenship” for illegal immigrants and their children born in the U.S., are all moot points. They are nonstarters as they have nothing to do with the U.S. Constitution or the 14th Amendment.

Looks like President Trump is standing for the Constitution on this one and once again, Paul Ryan is outed once again as nothing more than a Republican in name only.