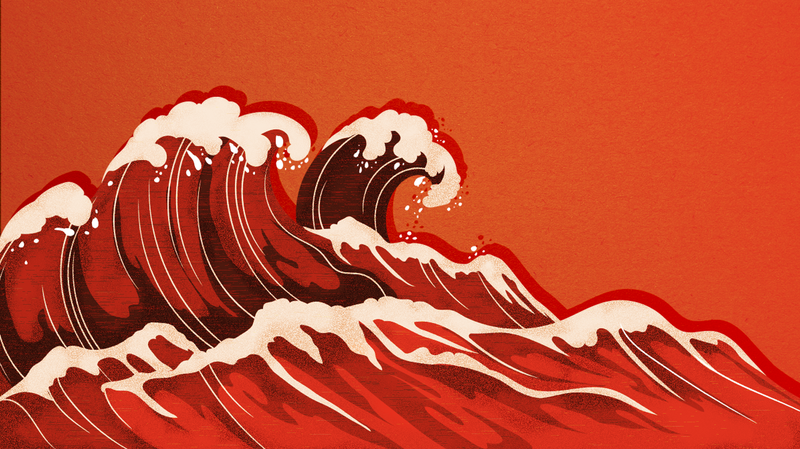 (The Olive) All the talk of a “blue wave” is nothing more than a fantasy the Socialistic Democrats tell themselves for comfort.  The Democrats may have at one time had a chance as historically the party that does not control the White House takes control of the House and sometimes the Senate in the midterm elections.  This time, the Democrats have sunk the ship before it even had a chance to leave the harbor.

This writer has said for a long time now, although I unfortunately did not put it in writing – that the Republicans will win seats in the House and Senate in the 2018 midterms, and that Donald Trump will win reelection in 2020 with a landslide win – and I predicted this well before Rush Limbaugh did.

Politicrat: a politician whose goals are to consolidate power for themselves at any cost, as well as personal enrichment, and upholding the party line.

In this writers mind however, this is not a Democrat verses Republican issue, not this time.  This election is about the future direction of this country.  Where do you want to see our nation, our people positioned in the next six years – the next decade?

This election may well be the most important election in U.S. history.  I wrote previously on the importance of the 2018 midterms as these particular elections could have dire consequences.  If the Politicrats win, all of Trump’s efforts will be steadily undone, and the hard won progress in America for We the People will go right down the drain.

Day by day the Democrats while accusing the Republicans of being divisive are really the ones causing the steep divide in this country.

Maxine Waters routinely calls for violence against Trump supporters, “get in their faces,” “you tell them they are not welcome anymore,” “follow them into restaurants, gasoline stations.”

Former attorney General Eric Holder said that when they are down (Republicans) “we kick them.”

Nancy Pelosi said recently that there might have to be, “collateral damage” to those who disagree with the Democratic Party.  Nancy Pelosi often stumbles over her words, forgets what she is saying, appears to be lost, and this is the person the Democrats want to lead their party if they regain power?  I say this not to be mean in any way, Pelosi obviously has some serious health issues and I would never make fun of her for this – yet the idea of this person being a key player in the power structure of American politics as a whole should scare any American half to death.  How many Americans I wonder, realize that the Speaker of the House is the next person in line to become president of the United States if something were to happen to both the president and vice president?

Hillary Clinton recently proclaimed that the Democrats couldn’t be civil to the Republicans until the Politicrats regain power after the midterms.

Alexandria Ocasio-Cortez has an economics degree but yet cannot understand that Medicare for all would bankrupt the country – no instead she proclaimed loudly that Medicaid for all would actually be cheaper then the system we have now.  Cortez who obviously knows nothing about the costs associated with healthcare, and even less about economics is slated to be the next Congresswoman from New York.

The pattern here is easy to see for anyone paying attention despite the liberal media supporting the Politicrats and constantly bad-mouthing and condemning the Republicans.

The Politicrats openly advocate violence against all who disagree with them.  When was the last time a Democrat was heard to condemn the violence against Republicans/conservatives?  Not a word was heard when the violent hate group Antifa took over parts of Oregon and the police watched it happen refusing to interfere.  Any violent acts or harassment directed at Republicans are not ever condemned by the Politicrats.  When Sara Sanders, Ted Cruz, and Mitch McConnell were all harassed while attempting to enjoy a meal in a restaurant, there was not a word of condemnation from the Politicrats.

The ongoing situation concerning “bombs” in the mail to Democrats is one huge mess.  President Trump has been accused of being the one responsible for these incidents.  Of all the ludicrous asinine accusations leveled by the Politicrats, this one has to take the cake!  Simply because all of these people are folks Trump does not like – it’s his fault.  Uh, really???  The lamestream media says we cannot speculate on who is at fault, but yet the same people can place the blame on the president of the United States?  Liberal privilege strikes again.

President Trump immediately said that he condemns these mail bombs, and that the perpetrators would soon be caught.  The Politicrats immediately said President Trump did not condemn these attempted bombings strongly enough, party leaders said Trump’s words were meaningless.  Many Republicans condemned the bombs.  Where was the Politicrat condemnation of the shooting of Rep. Steve Scalise?  Where is the Politicrat condemnation of any violence against those who disagree with them?  It’s non-existent, while party leaders continue to call for harassment and violence against those who do not endorse Politicrat ideology.

CNN’s President Jeff Zucker dropped the blame for the mail bombings in President Trump’s lap.  How insanely stupid is that?  Meanwhile, the New York Times ran a fictional story of how a secret service agent helped a Russian agent assassinate President Trump.  Say what???  Does anyone imagine for one second that this would have been tolerated by the media or the Politicrats if the focus had been former president Obama?

In this writers opinion, the mail bombings are the work of a Politicrat sympathizer as a last ditch attempt to influence the upcoming 2018 midterm elections – after all, nothing else has worked in the Politicrats favor has it?  Notice the sudden lack of coverage on anything NOT related to the bombs?

All of America needs to get out and vote.  Forget about Democrats and Republicans.  Lets talk values and principles.  Decide who you want to lead this country now.  Is it going to be those who are openly inciting violence, attempted to take down a sitting president through lies and false information and the weaponization of U.S. government departments?  Those who want completely open borders, who want to empty our prisons and are anti-police, those who will do ANYTHING for power, and those who are anti-Constitution and are for legislating from the bench?  Is it going to be those who want to undo Trump’s reforms that have brought a new level of prosperity to America, because they want “their” money back, “their” power back, “their” path to globalism restarted?

Or are we as Americans going to elect those who not being anything near perfect – want to continue the reforms that have brought America back from the brink of collapse due to the left’s drift towards Socialism?  The people who will defend free speech for all, liberals included, the ones who have brought back industry and jobs to America?  The people who condemn all forms of violence regardless of who said violence is leveled at?  The ones who are not in favor of weaponizing the government to attack their political enemies, and are in favor of justice for all regardless of party?

It all boils down to this: are we as a country going to elect those who are the complete and total antithesis to law and order, America first, God, morals and principles in politics, a safe and prosperous United States, the adherence to and upholding of the Constitution, and free market capitalism?

Choose this day who you will follow and elect America – the Politicrats who will lie and enslave you – or the Republicans who will support a free and prosperous America.

Since 2013, Christian news magazine The Olive Branch Report has featured the insightful writing and reporting of Greg Holt. His writing has been featured on American Prophet, American Clarion, Eagle Rising, Capitol Hill Outsider, Sons of Liberty Media, Rev. Austin Miles, and others. Greg is also the Publisher and Editor of Inspirational Christian Blogs.