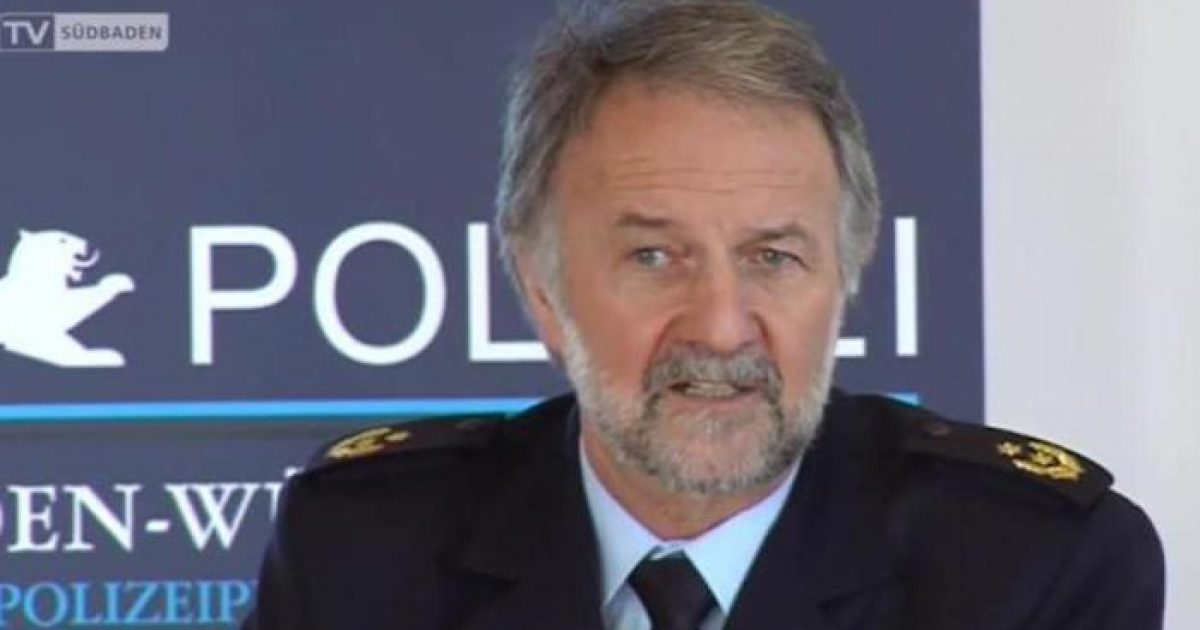 Bernhard Rotzinger was speaking in the context of the case of a woman who was gang-raped by Muslim migrants, and his statement shows that he is adopting those migrants’ attitudes.

In Islamic culture, sexual assault is always the woman’s fault — that’s why women wear the hijab, chador, niqab, or burqa, to try to prevent that assault.

Rotzinger is displaying the Stockholm Syndrome, adopting the worldview of Germany’s coming new masters and overlords.

“It’s their own fault if women fall victim to mass rape. One can drink less alcohol in the evening.”

With such statements, the police commissioner in Freiburg mocks the victim.

The ecologically diverse government of Baden Württemberg shows its true face and the face of pathetic contempt for humanity is revealed. But the people keep silent as always.

Only 3 days ago, Social Democratic Party (SPD) members of parliament called for sex education for criminals, and now comes the advice to drink less alcohol in the evening.

Unable to name and solve the problems, those responsible stumble from one embarrassment and impertinence to the next, proving not only their incompetence but also their contempt for the people and the victims.

In which society do we live without empathy, in which those responsible for our security blame the victims for their misfortune and the criminals are acquitted?

Are we unable to name the problems and admit that we have created a criminal problem by uncontrolled immigration?…