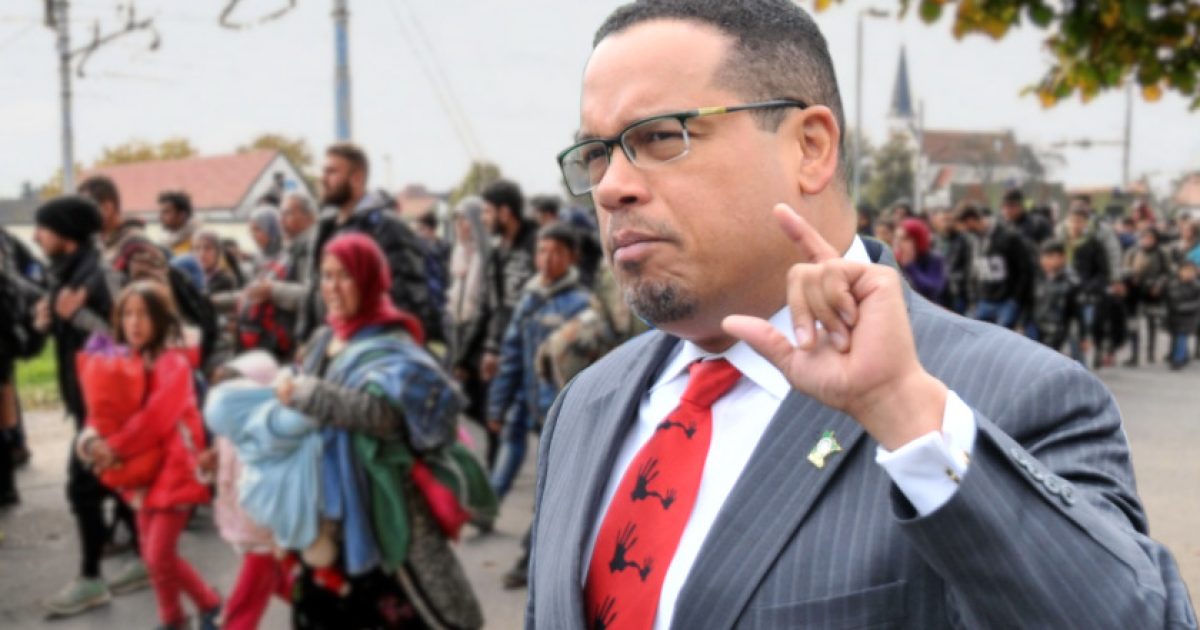 As Minnesota and the US prepare for election day on Tuesday, reports are that Keith Ellison, the attorney with no license who is seeking to become attorney general of the state of Minnesota and accused woman abuser, want to increase the number of refugees, predominantly from Muslim nations, into the US and Minnesota by nearly 400 percent over what has been capped by President Donald Trump.

Cop Killer supporter Rep. Keith Ellison is in a close race against Republican opponent Doug Wardlow for the statewide office of attorney general of Minnesota.  Why the race is even close at this point is anyone’s guess, but my thoughts are due to his backing by un-Americans, Communists, Muslim jihadists and other corrupt politicians in Minnesota.

Back in September, it was reported:

The Trump administration will resettle a maximum of 30,000 refugees in the U.S. in fiscal 2019, Secretary of State Mike Pompeo announced Monday following an internal debate, a cut from the 45,000-person refugee cap set for fiscal 2018.

Pompeo unveiled the cap alongside the latest figures for individuals seeking asylum in the United States, which he said could include another 280,000 people. Pompeo justified the move by pointing to the need for comprehensive background checks, not only for refugees but also for a historic wave of asylum-seekers to the United States.

“The magnitude of this challenge is unequaled in any other country,” he said, emphasizing the need to improve the background checks for asylum-seekers. “The American people must have complete confidence that everyone resettled in our country is thoroughly vetted. The security checks take time, but they’re critical.”

Under federal law, “refugees are generally people outside of their country who are unable or unwilling to return home because they fear serious harm,” according to U.S. Customs and Immigration Services. “The [280,000] is in line with what we did this [fiscal year],” a Department of Homeland Security spokesperson told the Washington Examiner.

However, Rep. Keith Ellison, aka Hakim Muhammad, submitted House Resolution 1073 calling for 110,000 refugees to be allowed into the US, which was supported by more than 50 Democrats in the House, to the House Judiciary Committee.  The Committee simply ignored it due to the nature of what this anti-American Muslim presented, as our laws only give the authority to the president to determine the number of refugees coming into the US under the Refugee Act of 1980.

Ellison wants 110,000 refugees pouring into the US, and among the states that get the highest number of those refugees is Minnesota and Ohio.

As Barack Obama once said, “elections have consequences,” and one of Trump’s campaign promises was to admit fewer refugees and other low-skill immigrants.

That infuriates, almost more than anything else Trump has done, the far left of the Democrat Party.

Hence, you have the resolution drawn up and submitted this week by Ellison, who is one of two Muslim members of Congress along with Rep. Andre Carson, (D-IN). Carson has also signed the resolution.

The House resolution claims to be “Expressing the sense of the House of Representatives that the Presidential Determination of the annual refugee admissions limit in fiscal year 2019 shall be no less than 110,000 and that President Trump and his administration must operate the United States Refugee Admissions Program (USRAP) in good faith.”

Remember, we are talking about a cap or a goal, not a quota, meaning no more than 30,000 can be admitted in fiscal 2019, but it doesn’t guarantee that many will arrive.

This deceptive resolution fails to point out that even Obama didn’t set the cap at anywhere near the 110,000 mark called for by Ellison and his cohorts during his first seven years in office. Only his last year, when he knew he would only be in office for less than half of fiscal year 2017, did he set the cap at such an astronomically high level, and it was never fulfilled by Trump.

President Trump has significantly reduced the cap on refugees allowed in under his administration, though when he first took office those numbers were high due to the usurper-in-chief, Barack Hussein Obama Soetoro Sobarkah’s high marks of allowing refugees, which continuing to grow as he hijacked the people’s White House.

Again, from the Minnesota Sun:

Below are the actual numbers of refugees who were resettled in the U.S. for the last 10 fiscal years along with the caps set for those years.

The Sun goes on to point out the means of corruption with an influx of refugees.

In 2011, for instance, the U.S. discovered that an Iraqi refugee resettled in Kentucky was sending material support to al-Qaida in Iraq, so the Obama administration had to tighten up the vetting process, and it therefore didn’t come close to its stated cap numbers.

Corcoran, who has followed the refugee industry for the past 12 years, said Ellison and the others who signed this resolution are simply doing the bidding of the refugee contractors who get paid by the government to resettle refugees.

The federal refugee contractors get paid by the head, so the lesser numbers arriving under Trump means the contractors see less money flowing into their coffers. This has put a crimp on their business model, forcing them to lay off staff and close offices.

There are nine primary contractors, the biggest of which are the U.S. Conference of Catholic Bishops, the Lutheran Immigration and Refugee Services, the International Rescue Committee, Church World Services, the Hebrew Immigrant Aid Society and U.S. Committee for Refugees and Immigrants.

Minnesota, if you elect Keith Ellison to this position of power in your state, what can I say?  You’re simply beheading your ownselves in the name of Allah.  You are not supporting your foundations as Americans.  And should you position this man in power like that, don’t come crying to the people around you to save you.  You will have done it to yourselves.