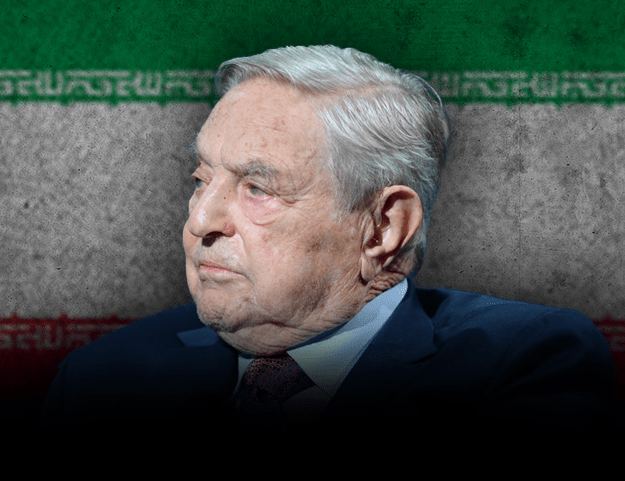 Some would find it hard to believe that one person could be behind the caravans arriving at our southern border. I would have to agree with them.  There is one man that is very much involved.  Some things never seem to change. Let us use the last “caravan” experience for an example. We know that at least 3 outside groups helping to organize the caravan all had been funded by the same person. That person would be George Soros. It is becoming quite clear that Soros is involved with this Caravan we currently face.

Next we have, Viridiana Vidal. ” Vidal is now the Nevada state director of the left-wing advocacy group “America’s voice”. “America’s Voice”, another organization funded by George Soros.

This information was found on a list of organizations that had received direct funding and assistance from George Soros and his Open Society Institute (OSI). The list comes from www.discoverthenetworks.org. The list was made in 2011. Safe to assume the list is currently much larger. Here is the 2011 list.

*Link for www.discoverthenetworks.org no longer working.  I believe website is shut down.

All of Us or None

Campus Progress: A project backed by the Soros Center for American Progress,

Catholics in Alliance for the Common Good

Citizens for Responsibility and Ethics in Washington

Gisha: Center for the Legal Protection of Freedom of Movement

Global Centre for the Responsibility to Protect

Joint Victory Campaign 2004 with connections to t two other groups, America Coming Together and the Media Fund,

National Council for Research on Women

National Partnership for Women and Families

People for the American Way

Rebuild and Renew America Now (a.k.a. Unity ’09): Spearheaded by MoveOn.org

There is more. Soros is a man with a plan. Now the caravan wants a bus ride. Hardly surprising I was starting to wonder what the “hold up was”.

The Honduran caravan set forth around October 12, 2018. I had learned there was going to be a large group of people that were going to try to enter the United States which included the use of buses on October 10, 2018. The following was posted in a sub on Reddit that day.

“Attention: Remember to register your Bus ID# for the Midterms BEFORE 10/20/31. Additionally, volunteers are needed for December’s false flag as well as the holiday party!!

Sorry for the sudden Reddit announcement, but as you may know Q’s INFOSEC team has shut down our secret Facebook Group and Tumblr page. Anyhoo, Midterms are right around the corner and Soros Corp and I would like to thank you all for participating in this year’s upcoming cross-border busing initiative! Two years of digging for social security numbers, creating fake addresses and recruiting our Mexican friends across the border have all come down to this!! However, it has come to our attention that many of you have NOT registered your Bus ID number. Available ID#s will soon come in the form of an info drop on 4chan so spread the word and keep hitting that refresh button!”

The second part of that post sounds like the person is “unhinged” or crazy. This is done on purpose to make the post look like it’s a joke. This is a common tactic that is used by members of this sub. Here is a quote of that.

“Some information to keep in mind:

Then it ends with.,  “I’m sure you have many questions, so please leave them below     and a Soros Corp. representative will promptly respond.”

For those of you whom are not aware, Reddit is rated the 3rd most visited website in the world. This post comes from the sub-reddit Top Minds of Reddit. This is a sub that makes a huge effort at attacking other subs that they do not agree with politically. There are times, such as this post, where they use it to make announcements to individuals involved with their movement. Some of the moderators of this sub are said to be administrators/employees of Reddit. Some of the moderators are also moderators for the sub r/SPLC (southern Poverty Law Center). SPLC is no fan of POTUS or people that are politically aligned with the “right”.

Top Minds of Reddit(TMOR) members and posters consistently talk about George Soros. They often brag about receiving payments from him by doing various jobs, both on and off the internet. They make post of links where and how to get paid by Soros.

*THE NEXT FOUR LINES ARE FOR REFERENCE TO SUPPORT THE ARTICLE. AND FOR NEW READERS.  I’VE POSTED THESE LINKS IN THE PAST.

If a person were to look in the comments section in the post described HEREthey would find some disturbing comments. Some can be offensive. I’ve included a couple screenshots only to expose them and to support the article in general. I do not approve of their behavior.

Reddit’s involvement with George Soros is not anything new. This has already been exposed here at Fellowship of the Minds. Reddit also has a history of censoring anyone that does not share their political views. All the QAnon subs and most subs that are right wing have been banned.  There is a definite problem here. Top Minds Of Reddit is being weaponized in more ways than one.   Top Minds of Reddit are allowed to violate rules.  The same rules that others get banned for  This is one of the places where Soros promotes his word.  The screenshots I provided are by far more offensive than anything I have seen in any sub that has been recently banned. There are a minimum of three rule violations here. The context in these screenshots is enough to have a police officer knock on door. Besides references to pedophilia we see they are talking about using buses and the use of syringes to vaccinate children.  We now we have a possible cause for  some of the  health problems.  The  caravan has a chickenpox problem and has made request for buses.  It’s very likely there’s a connection.

Another problem that I have noticed is TMOR uses this image

can be found at upper left of page

Now here is where they got it

Are they part of Electronic Frontier Foundation or are they just pretending?

The graphic is free to download but to use it in a way that misleads people into thinking TMOR is part of the EFF is a whole different story. I am currently waiting for a response from EFF. It will be interesting to learn what the EFF has to say.. The EFF on its own is a story to be told.