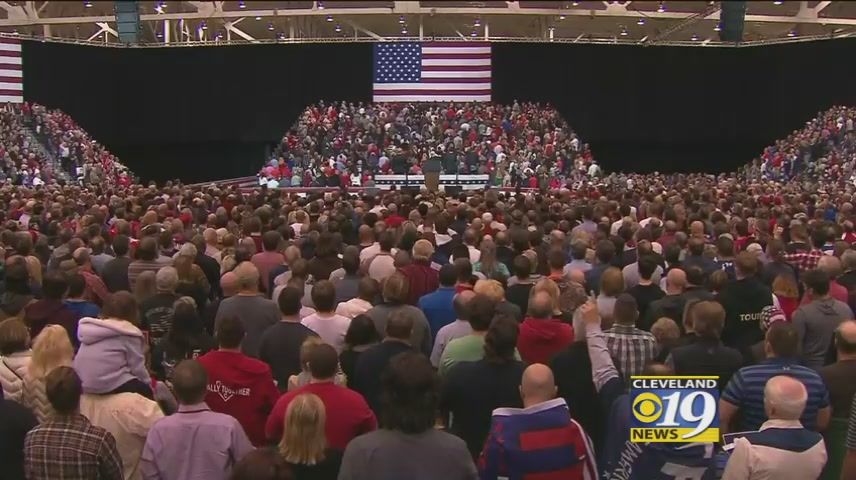 President Trump’s rally Monday on the eve of the midterm election in Cleveland, Ohio reportedly has an even bigger crowd than Trump drew in 2016 at the exact same venue.

The Daily Mail’s U.S. political editor David Martosko said Monday afternoon that the crowd in Cleveland is “already much bigger” than it was when Trump held a rally two weeks before election day in 2016 at the same venue:

The rally started at 3:00 PM EST, over one hour after Martosko shared that video.

Here’s another shot from at least an hour and a half before the rally started:

Pretty wild scene ahead of the Cleveland Trump rally pic.twitter.com/4jA8mFgE9M

Here’s another shot after it was more filled:

Thousands were reportedly turned away at the door.

This election is going to be decided entirely by turnout! Ignore the fake suppression polls and GET OUT AND VOTE GOP!

So funny to see the CNN Fake Suppression Polls and false rhetoric. Watch for real results Tuesday. We are lucky CNN’s ratings are so low. Don’t fall for the Suppression Game. Go out & VOTE. Remember, we now have perhaps the greatest Economy (JOBS) in the history of our Country!

UPDATE: Trump tweeted out the video:

Something’s happening America! Get out tomorrow and https://t.co/0pWiwCHGbh so together, we can KEEP MAKING AMERICA GREAT AGAIN!! https://t.co/zajBieMWpl