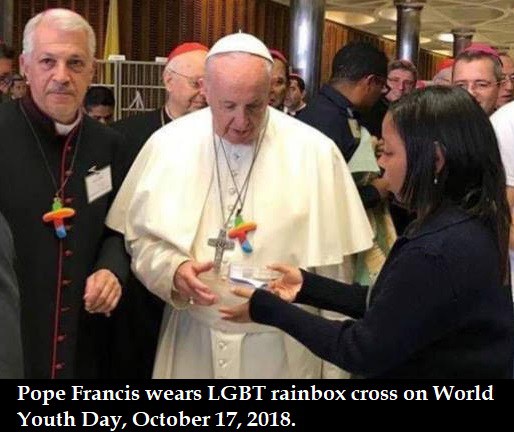 The Ruth Institute was founded in 2008 by Dr. Jennifer Roback Morse, an economics-trained author and writer on marriage, family and human sexuality who was the spokesperson for Proposition 8, the California ballot measure defining marriage as a union of one man and one woman which was passed by voters but nixed by an activist judge. Far-left groups including the Human Rights Campaign, GLAAD, and Southern Poverty Law Center (SPLC) have criticized the Ruth Institute’s stance against same-sex marriage and other LGBT causes. In Aug. 23, 2017, responding to being labeled a “hate group” by SPLC, the Ruth Institute said it “categorically condemns white supremacy, racism, Nazism, and all violent totalitarian political movements. People who cannot defend their positions using reason and evidence resort to name-calling to change the subject away from their anemic arguments. The ‘hate group’ label is a club such people invented to bludgeon their political opponents.”

The study was conducted by Ruth Institute senior research associate Dr./ Rev. D. Paul Sullins — a recently retired Catholic University of America sociology professor who is a leader in the field of research on same-sex parenting and its implications for child development, with four books, including Keeping the Vow: The Untold Story of Married Catholic Priests, and over 100 journal articles, research reports, and essays on issues of family, faith, and culture. He is a former Episcopal priest, married for 30 years with three children, who was ordained to the Catholic priesthood in 2002. He is Associate Pastor of the Church of Saint Mark the Evangelist, Hyattsville, MD.

The study addresses a common question: Is the sex abuse related in any way to homosexual men in the priesthood? It has been reviewed by several scholars, including four social scientists, and will be included in an upcoming book.

For his study, Dr. Sullins employed data from the following sources to compute correlations:

(1) Catholic clergy mainly prey on boys: Whereas two-thirds of victims in U.S. sex abuse of minors are girls, the vast majority of clergy sex abuse victims — over 8 in 10 victims — were boys. As girls became more prevalent as altar servers, abusers of boys “responded to the presence of fewer younger boys primarily by turning to older boys, not to female victims.” Comparable reports in Germany indicate that up to 90% of abuse victims of Catholic clergy have been male, compared to about half of victims in Protestant or non-religious settings in that country.

(2) By comparing the share of homosexual Catholic priests with the incidence and victim gender of minor sex abuse victims by Catholic priests from 1950 to 2001, the study found a strong correlation between sexual abuse of minors and two factors:

(a) A disproportionate number of homosexual clergy:

However, in Sullins’ words, “Although over 8 in 10 of victims have been boys, the idea that the abuse is related to homosexual men in the priesthood has not been widely accepted by Church leaders.”

If the proportion of homosexual priests had remained at the 1950s level, at least 12,000 fewer children, mostly boys, would have suffered abuse.

(b) A homosexual subculture in seminaries:

The presence of homosexual subcultures in seminaries, as reported by priests considering their own seminary life, accounts for about half the incidence of abuse, but not among heterosexual men. Sullins said that homosexual subcultures encourage those who may have been attracted to male victims to act out more than would have been the case otherwise. Seminary candidates have reported about the problems this disproportion creates. Donald Cozzens’ 2000 book, The Changing Face of the Priesthood, has accounts of homosexual students being so prevalent at some seminaries that heterosexual men felt destabilized and disoriented and left.

What all this suggests is that as the number and percentage of homosexual priests and seminarians increased disproportionate to their “natural” incidence in the general population, they become increasingly emboldened to act out pedophile impulses that would otherwise be suppressed or constrained if homosexual priests were fewer.

(3) Clergy sex abuse has declined since the late 1980s, but not because of measures taken by U.S. bishops. While sex abuse by clergy today is “much lower” — by about one third — than 30 years ago, it has not declined “as much as is commonly thought.” Most of the decline since the 1990s is consistent with “a similar general decline in child sex abuse in America since that time,” and is unrelated to the implementation of the U.S. bishops’ 2002 Charter for the Protection of Children and Young Adults.

(4) More alarming still is that after years in decline, Catholic clergy sex abuse is on the rise again. Dr. Sullins said:

“The thing we’ve been told about the sex abuse is that it is somehow very rare and declined to almost nothing today is really not true. I found that clergy sex abuse did drop to almost nothing after 2002, but then it started to creep up. It’s been increasing. And there are signs that the bishops or the dioceses have gotten complacent about that. It’s not at the great heights that it was in the mid-1970s, but it’s rising. And it’s headed in that direction.”

Under Pope Benedict XVI, the Vatican issued a document which says: “the Church, while profoundly respecting the persons in question, cannot admit to the seminary or to holy orders those who practice homosexuality, present deep-seated homosexual tendencies or support the so-called ‘gay culture’.”

But Dr. Sullins eschews recommending the removal of all homosexuals from the priesthood because he maintains the abuse is not necessarily related to someone’s sexual orientation, citing his knowledge of men with same-sex attraction who are “strong, faithful persons.” What he recommends is a decrease in the number of homosexual priests to reflect their incidence in the general population. This would mean priests are selected for “holiness and commitment to Christ and the things that we would hope would make for a good priest. When you start to get a larger proportion of homosexuals It looks like you are actually selecting for same-sex orientation.”