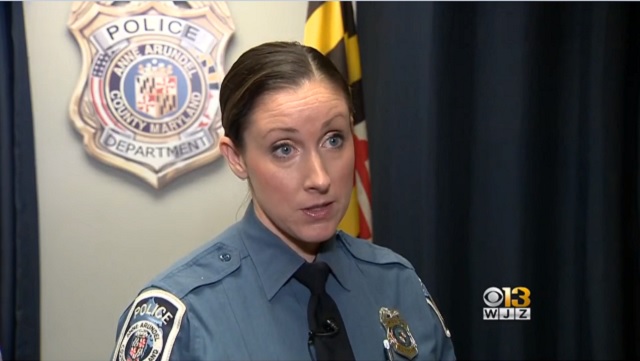 Police in the Democrat haven of Maryland shot and killed a man in his home on Monday while serving a “protective order” under a new law which allows them to seize people’s guns without due process.

Since the new gun confiscation law went into effect on October 1st, police have carried out 114 such confiscation orders, which comes out to over 3 such seizures every day.

From The Baltimore Sun:

Two Anne Arundel County police officers serving one of the new “red flag” protective orders to remove guns from a house killed a Ferndale man after he refused to give up his gun and a struggle ensued early Monday morning, police said.

The subject of the protective order, Gary J. Willis, 60, answered his door in the 100 block of Linwood Ave. at 5:17 a.m. with a gun in his hand, Anne Arundel County police said. He initially put the gun down next to the door, but “became irate” when officers began to serve him with the order, opened the door and picked up the gun again, police said.

Anne Arundel Update: Family members tell me there was a fight last night that centered around the care of an elderly family member that led them to contact police. Gary Willis struggles with alcoholism. Family say he wasn’t dangerous just strongly opinionated #Baltimore

“A fight ensued over the gun,” said Sgt. Jacklyn Davis, a police spokeswoman.

One of the officers struggled to take the gun from Willis, and during the struggle the gun fired but did not strike anyone, police said. At that point, the other officer fatally shot Willis, police said.

[…] Anne Arundel County reported 19 such “red flag” petitions in October, tied with Harford County for the most in the state, according to a report on requests made under the new law by Montgomery County Sheriff Darren M. Popkin. The state has reported 114 petitions overall.

This is what Democrats want for every state in America.

In the demographically transformed state of Georgia, Stacey Abrams wants to ban AR-15s and is open to gun confiscations:

[Correction: Police in Maryland carried out 114 gun confiscation orders since the law passed on October 1st, not 19 as previously stated.]