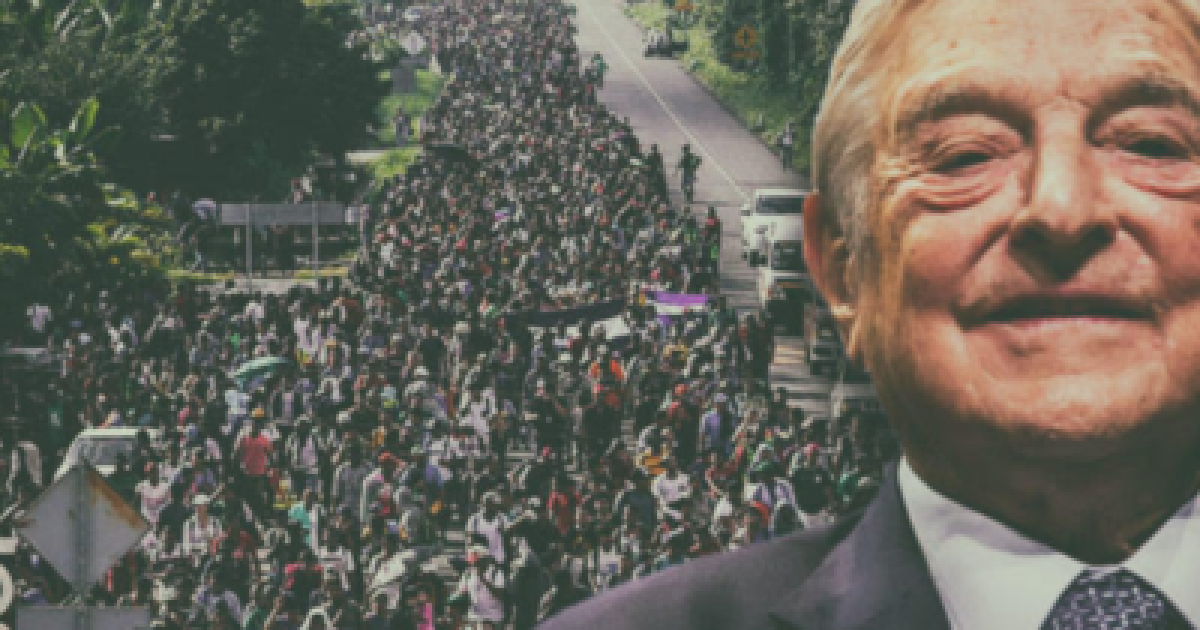 The left have amassed immense resources and corralled corporate  philanthropic fortunes (Amazon, Apple, et al). Collectivism vs the individual. That’s you and me.

“I fancied myself as some kind of god …” he wrote. “If truth be known, I carried some rather potent messianic fantasies with me from childhood, which I felt I had to control, otherwise they might get me in trouble.” When asked by Britain’s Independent newspaper to elaborate on that statement, Soros doubled down: “It is a sort of disease when you consider yourself some kind of god, the creator of everything, but I feel comfortable about it now since I began to live it out.”

Soros was flatly opposed to the War on Terror after 9/11 and declared the U.S. response to al Qaeda to be morally equivalent to the terrorist attacks: “We abhor terrorists, because they kill innocent people for political goals. But by waging war on terror we are doing the same thing.”

In 2010, he declared that China has “a better functioning government than the United States.”

He has generously donated to groups that call on governments the world over to sever or downgrade their diplomatic relations with Israel and calls for Boycott, Divestment, and Sanctions (BDS) against Israel. He’s made several comments that some interpreted as blaming Jews for anti-Semitism, such as, “I don’t think that you can ever overcome anti-Semitism if you behave as a tribe . . . the only way you can overcome it is if you give up the tribalness.”

Soros’ comments either deliberately or inadvertently feed into the notion of Jewish control of American politics:

The pro-Israel lobby has been remarkably successful in suppressing criticism. Politicians challenge it at their peril because of the lobby’s ability to influence political contributions. . . . Academics had their advancement blocked and think-tank experts their funding withdrawn when they stepped too far out of line. Anybody who dares to dissent may be subjected to a campaign of personal vilification… Some leaders of the Democratic Party have promised to bring about a change of direction but they cannot deliver on that promise until they are able to resist the dictates of AIPAC.

He contended that withdrawing from the Iran deal is “effectively destroying the transatlantic alliance.”

SOROS PARTNERS WITH MASTERCARD TO HAND OUT MONEY TO MIGRANTS

Billionaire investor George Soros has repeatedly denied rumors that he is helping to finance the migrant caravans making their way up from Honduras and Guatemala through Mexico with the ultimate aim of reaching the US.

But that’s about to change, as the “Open Society” founder – who famously financed much of the opposition to Trump SCOTUS pick Brett Kavanaugh – is now partnering with Mastercard to hand out money (in the form of ‘investment capital’) to migrants, refugees and “others struggling within their communities worldwide,” according to Reuters. Through their partnership, Soros is effectively providing open financial support for migrants and refugees seeking to enter the US and Europe.

The partnership between Soros and Mastercard, which they are calling Humanity Ventures, is the result of a pledge that Soros made in September to spend $500 million to address “the challenges facing migrants and refugees.”

In a statement, Soros and Mastercard declared that government aid programs haven’t been enough to solve the issues facing refugees, suggesting that this is a problem that only the private sector can solve.

“Migrants are often forced into lives of despair in their host communities because they cannot gain access to financial, healthcare and government services,” Soros said.

“Our potential investment in this social enterprise, coupled with Mastercard’s ability to create products that serve vulnerable communities, can show how private capital can play a constructive role in solving social problems,” he added.

Right away, Soros plans to spend $50 million to provide “scaleable” health-care and education solutions. He intends to ‘invest’ the money in businesses founded by migrants.

“Humanity Ventures is intended to be profitable so as to stimulate involvement from other businesspeople,” Soros said.

“We also hope to establish standards of practice to ensure that investments are not exploitative of the vulnerable communities we intend to serve.”

Soros has said that he would prefer ‘Humanity Ventures’ to be profitable to attract “other businesspeople”, it’s unclear how, exactly, he plans to earn anything approaching a reasonable rate of return by handing out risk free loans to migrants and refugees.

This comes after Master Card back in 2016 admitted that it has handed out prepaid debit cards to migrants and refugees traveling through Europe, something the company did with the explicit blessing of the European Union and the UN High Commissioner for Refugees.

Perhaps MSNBC and other liberals who blindly claim that Soros and his network of non-profits aren’t providing financial assistance to migrants approaching the US should consider this before they continue with their denials.

#WhiteHouseSiege – This Group Plans to “Lay Siege to” and “Occupy”...

Bikers Storm Into Sturgis for Annual Rally With a Message Liberals...

Antifa Ends Up Getting Pummeled in a Ditch After Fight Breaks...