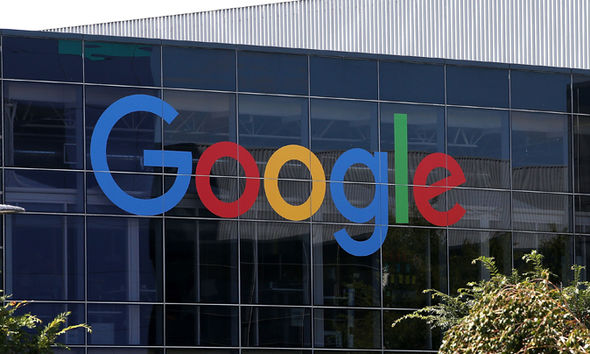 Frankly, as soon as Google began engaging in censorship and manipulating search results, they should have been shut down.  They received millions of taxpayer dollars illegally and unconstitutionally through a CIA-front group to get started.  As such, they should be held to the same restraints that the federal government is concerning speech and while they are not those who may legislate, they should be those who are not allowed to censor.  Recent court documents are now revealing just how Communistic Google actually is as they have now stated that free speech is “disastrous” for a society.

In a statement filed with the Ninth Circuit court of Appeals, Google proclaimed that the government, which gave them money, holding them to the same standard as we hold our government to regarding free speech under the First Amendment “would undermine important content regulation.”

Google also added, “If they are bound by the same First Amendment rules that apply to the government, YouTube and other service providers would lose much of their ability to protect their users against offensive or objectionable content — including pornography, hate speech, personal attacks, and terrorist propaganda.”

That’s nonsense.  First, hate speech is defined pretty broad and is often protected speech.  Pornography is not “speech.”  Personal attacks are not “free speech” as people can deal with people in civil matters over that or the speech may actually become criminal.  Terrorist propaganda is not free speech either.  It is threats and incitement to violence.

Google argues that government regulation would have “disastrous practical consequences.”

In other words, if government comes in and makes Google stop censoring those they disagree with, the that free speech would be “disastrous.”

Furthermore, neither Google nor Youtube are responsible for what is on the platform.  They are not publishers, but they want it both ways.  They want First Amendment protections while violating the free speech rights of their users.

Google should still remain in control over its own content regulation, but the United States should appoint a third party commission to review Google’s actions when complaints of political, business, and ideological censorship are brought forth. With so much power over information and with mounting complaints of censorship coming against Google, it is imperative that a judicial review committee hold Google accountable when they are violating the free speech rights of people on the internet.

According to their legal statement, Google still believes their company can discriminate on the basis of political viewpoints, because they “can’t be forced to change.” What Google does not understand is that, with the proper legal oversight, their monopoly can be forced to operate more fairly, without engaging in anti-competitive practices that benefit their own agendas and the goals of their highly influential friends. People and organizations that are censored by Google deserve the right to bring forth their case and have their voice be heard. Google can be forced to respect people’s First Amendment rights and can be legally required to correct their algorithms when they are using their technology to abuse content creators, advertisers, and search engine users. The rule of law should be upheld.

Interestingly enough, this all coincides with a “Google Walkout” in response to Google exec Andy Rubin quietly getting a $90 million payoff despite allegedly forcing an employee to perform oral sex on him.

And this is the guy that wants to “protect” you from all these things.  Yeah, right!  No thanks.

Wow. Story to watch today: Google employees all over the world walking out at 11 am local time to protest the company’s handling of sexual misconduct as revealed by @daiwaka and @ktbenner. Pics from #googlewalkout Dublin: https://t.co/dJBmuI4fdz

I'm not at work for the next while, so I can't walk out of the office. Instead, here's something from me in solidarity, at 11:10am local time in Thailand. #GoogleWalkout #TimesUp #MeToo pic.twitter.com/cZpyXVUl1A

Google employee Jennifer Brown carries a sign that reads "I Reported And He Got Promoted" while participating in today's #GoogleWalkout in San Francisco @sfchronicle pic.twitter.com/abboeu0RQJ

It’s interesting to see Google’s own hypocrisy on display for all to see, isn’t it?  Take government money, but won’t be held to government standards.  Talk about protecting you while promoting some of the most perverse and disgusting behavior on the planet among their leadership.