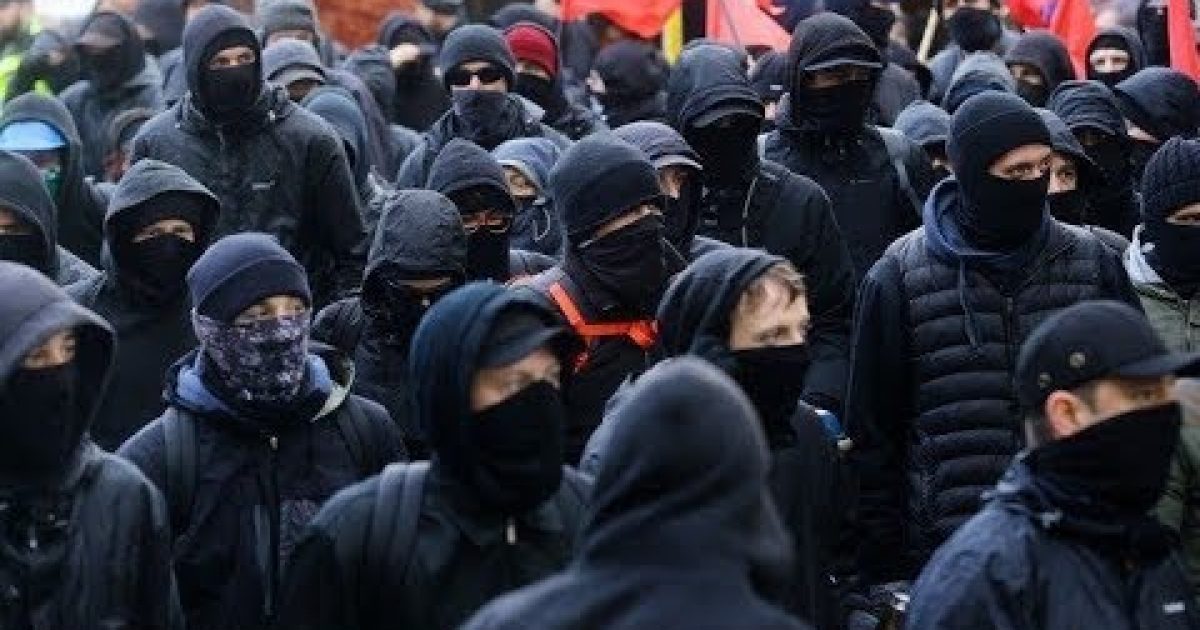 The time is long past for the government to consider ANTIFA in particular, and related groups like BLM as officially terrorist organizations and start arresting everyone associated with them who gather publicly to harass, intimidate, destroy property, cause bodily harm, and yes, cause the deaths of those who oppose their political ideology. Such action can be taken since they are not protesters or demonstrators, but use these terms as a guise for criminal activity.

The latest example of their actions being criminal and not covered under any right to protest comes from the mob that gathered outside the home of Conservative journalist and commentator Tucker Carlson’s home. On 11/7, this ANTIFA mob tried to bust open the door to Carlson’s home, chanted threats such as “We will fight! We know where you sleep at night!” and “Racist scumbag, leave town.” This taking place while Carlson’s wife, Susan Andrews, was at home fearing for her life.

The definition of protest, on the level ANTIFA wants us to believe, is the public organization and or demonstration of, disapproval of, in this case, political views, which fits into the right to protest. However, this definition does not fit the actions ANTIFA displays while hiding under this guise, it does fit the very definition of harassment and intimidation, which in no way has anything to do with protesting.

The definition of harassment is to create an unpleasant or hostile environment for especially unwelcome or uninvited verbal and or physical conduct. Thus, all actions ever taken by ANTIFA are harassment and intimidation, not protest or demonstration.

The same has to be done with every public action perpetrated by ANTIFA and BLM since they are clearly committing crimes in the form of harassment and intimidation on all who oppose their political views.

ANTIFA and BLM do not protest and demonstrate as allowed by law, but harass and intimidate, which is a criminal offense. It is, therefore, time for these organizations to be placed in the same category as Al-Qaeda, ISIS and other terrorist organizations and be outlawed in the United States.

All who belong to these groups also need to be prosecuted for being members of known terrorist groups.