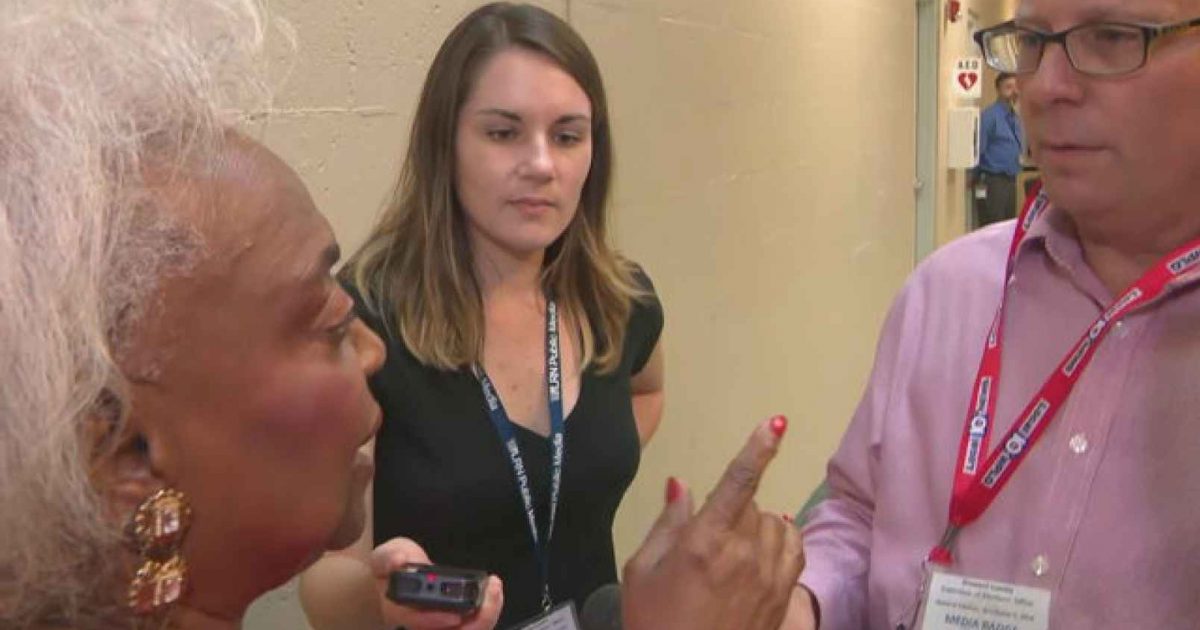 It’s stunning that we’re monitoring the elections of some states because of events that happened generations ago. Meanwhile Broward County is allowed to pull shenanigans like these.

Brenda Snipes, with @BrowardSOE, dodges questions and leaves after repeatedly saying she would take questions after this meeting. Reconvening tomorrow at 1pm to have canvassing board review 238 provisional ballots (205 in dispute + 33 provisional early votes) pic.twitter.com/oiG1d5CFg7

The election supervisor in Florida’s second-most populous county broke the law by destroying ballots cast in last year’s congressional primary involving Rep. Debbie Wasserman Schultz, according to election-law experts across the political spectrum. The congresswoman’s opponent has sued to get access to the ballots.

The case — one of three ongoing independent lawsuits plaguing Broward County Elections Supervisor Brenda Snipes’ troubled office — stems from a June lawsuit filed in circuit court by Democrat Tim Canova. He had wanted to inspect the optical-scan ballots cast in his Aug. 30 primary race against Wasserman Schultz because he had concerns about the integrity of the elections office.

Snipes’ office, however, destroyed the paper ballots in question in September — in the middle of Canova’s lawsuit — but says it’s lawful because the office made high-quality electronic copies. Canova’s legal team found out after the fact last month.

Supervisor of Elections Brenda Snipes is a prime example of double dipping in the public trough.

Snipes is earning $4,336 monthly in state pension benefits from her time in the Broward school system. She also gets over $12,000-a-month from her job as supervisor, according to state records.

Her salary was questioned in e-mail to Browardbeat.com after Sean Phillippi’s post on Monday.

Here is how Snipes ran up such a tidy salary:

She spent 30.4 years working for Broward Schools, ending her career in June 2003 as an area director. She was responsible for “leading principals at sixteen schools and center,” according to her official biography.

Prior to her retirement, Snipes entered DROP. That’s a state program placing money that would have gone to a pension into an account paid out in bulk upon retirement.

In November 2003, Snipes was appointed by Gov. Jeb Bush to replace Supervisor Miriam Oliphant, who he removed from office for incompetence.

$200K for the worst count in the country. But the best, from a Dem perspective. And Republicans are trying to stopanother election theft.

In their lawsuit against Broward County, Scott and the National Republican Senatorial Committee (NRSC) allege that officials there are hiding critical information about the number of votes cast and counted. And in a parallel suit against Palm Beach County, Scott and the NRSC charge that the election supervisor there illegally used her own judgment to determine voter intent when reviewing damaged or incorrectly filled-out absentee ballots, while refusing to allow impartial witnesses to monitor the process.

“So, it has been over 48 hours since the polls closed and Broward and Palm Beach Counties are still finding and counting ballots – and the Supervisors – Brenda Snipes and Susan Bucher – cannot seem to say how many ballots still exist or where these ballots came from, or where they have been,” Scott said.

They’ll keep counting until they get the results they want.

“But, Dr. Snipes, it is now Thursday,” Weinsier said. “We are still counting ballots in Broward County.”

“We’re counting five pages or six pages for each of the people who voted,” Snipes said.

“But other counties have been able to do it,” Weinsier said.

“Well, have you been inside my — never mind, let me go check. I’ll check,” Snipes said.

“But it’s a serious issue. It always seems like…” Weinsier said before Snipes interrupted him.

“But if it’s a serious issue with you…” Weinsier said, only to be interrupted again.

“We ran 22 sites, we ran 14 days, we ran 12 hours, we had a big vote by mail (during early voting), so don’t try to turn it around to make it seem like I’m making comedy out of this,” Snipes replied.

Then Snipes walked away.