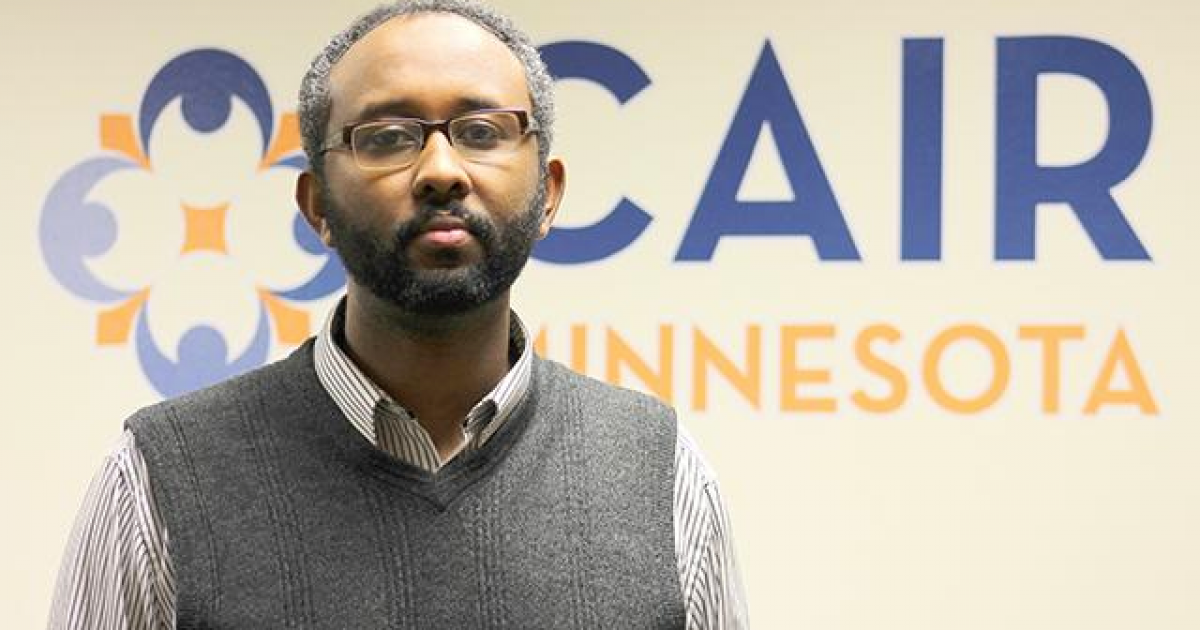 These people are willing to take it to any length. and adhere to anyone that can help them put themselves into the victim position. What are they the victims of you may ask? American Laws. They are not under attack, they are attacking!

Jaylani Hussein Executive director from CAIR Minnesota (Council on American-Islamic Relations) and Linda Gordon author of “The Second Coming of the KKK” join up at St. Cloud State University November 2, 2018, in hopes of playing the sympathies of the ignorant, about 30 people showed up.

First, I must point out, that you were to register before you could even walk through the front doors, and second, no one was allowed to film, or record a word of what was being shown or said (John 18:20).

I have personally spoken on thousands of occasions and that publically without worrying about anything that I have shown or what I may have said, and why? Because I am there to uphold and to maintain America’s Laws and values, I am not there not to tear them down (Exodus 20, Isaiah 42:21, Hebrews 10:9).

First up, Linda Gordon. After drudging through Linda Gordon’s broken sentences, confusion and misinformation where she did her very best to lay at the feet of White Protestant Christians as the culprits behind the said crimes of the KKK (An arm of the Democratic party) against the blacks I decided that I wanted that portion of my life back.

One must pause here and scripturally reflect that many come in the name of being Christians, and yet it was Jesus who warned over and over again, that we are not to be deceived of such men (Matthew 24:5, Luke 21:8).

“And no marvel; for Satan himself is transformed into an angel of light. Therefore it is no great thing if his ministers also be transformed as the ministers of righteousness; whose end shall be according to their works.”

Outside of the reoccurring theme that white Christian Protestants are the problem, Linda Gordon then adds the hate group list produced by The Southern Poverty Law Center to her presentation, the group that has openly declared that they want to destroy the groups that expose (Luke 12:2), and stand against their totalitarian methods, Mark Potok, director of intelligence at Southern Poverty Law Center said,

“Sometimes the press will describe us as monitoring hate crimes and so on … I want to say plainly that our aim in life is to destroy these groups, to completely destroy them.”

A little homework into the Southern Poverty Law Center clarified its true mission: Make money while working hand in glove with the mainstream media to attack America’s foundation using a Communist/Marxist agenda.

SPLC’s founder is lawyer Morris Dees who in 1961 earned money by doing legal work for the Ku Klux Klan. That information alone brings enough red flags to expose SPLC as an illegitimate and anti-American organization.

Dees founded SPLC in 1971 after the civil rights battle had been won and there was no more money left in representing groups like the KKK. He then jumped to the other side of the fence, masquerading as a “civil rights organization dedicating to fighting hate and bigotry, and seeking justice for the most vulnerable members of society.” Interesting, because in 1986 SPLC’s entire staff quit in protest of Dees’ refusal to “address issues such as homelessness, voter registration and affirmative action – that they considered far more pertinent to poor minorities …” (Harper’s Magazine).

In the mid-1990’s, the SPLC ventured beyond beating the twice-dead horse of chasing KKK members, obviously because Americans no longer viewed them as a threat. They no longer raised enough support to rake in on the racial issue, so they now found a new focus: organizations that stand for America’s moral values. Today, as this administration attempts to trample the Constitution underfoot, the SPLC has decided to create new “victims” to cash in on.

The SPLC even goes so far as to repeatedly align with a variety of hate-driven, anti-American political groups, including communists and communist-friendly individuals and organizations.

Then we have CAIR’s director Jaylani Hussein’s turn to take to the bully pulpit. As expected, Jaylani immediately puts the Muslims into the position of the victims all the while accusing those same people that Linda Gordon was accusing, namely them white protestant Americans (86%) that are guilty of aiding the Muslim migrants in having a better life here in America (Deuteronomy 29:43).

Jaylani went so far as to link his conversation to that of the SPLC hate list as well, while in his confusion inadvertently telling on himself. Jaylani states that there are organizations in the US that are calling out terror-tied Muslims by even posting their physical address to make people aware of their intents against Americans. Of course in a lawful sense, and on the other hand and in an unlawful since the SPLC has a history of this, do you remember twenty-eight-year-old Floyd Lee Corkins II, the man who attempted to murder members of the Family Research Council in Washington, D. C. back in August of 2012?  He pleaded guilty to three out of ten charges, including committing an act of terrorism. He didn’t plead guilty to a “hate crime.”

However, according to an interview with the Federal Bureau of Investigation following the shooting, Corkins wanted to kill as many people as possible, then smear their faces with Chick-Fil-A sandwiches, and kill the guard. He had also taken substantial steps in the preceding week to carry out other crimes. His use of the sandwiches was to “make a statement against the people who work in that building … and with their stance against gay rights and Chick-fil-A.”

His Statement of Offense also read, “He committed the shooting for political reasons. He had identified the FRC as an anti-gay organization on the Southern Poverty Law Center Website.”

“Consistent with his statement to the FBI,” the Statement of Offense continued, “a subsequent search of Corkins’ family computer revealed that on the afternoon of Sunday, August 12, Corkins used the computer to visit the Southern Poverty Law Center’s website, as well as the websites for the FRC and the second organization on his handwritten list.”

Regardless of the facts, Jaylani throughout his meeting continued to push bias and misinformation to make out that white Christian Protestants were and are the problem.

These people are willing to take it to any length. and adhere to anyone that can help them put themselves into the victim position. What are they the victims of you may ask? American Laws! They do not have the shield they have the spear. They are not under attack, they are attacking.

Maybe Jaylani has forgotten about who the responsible party is and what the American people have been inundated with over the last 17 years after 911 through the CIA-controlled media?

Or maybe he has forgotten about how just recently there were over 100 Somalia teens and adults’ assaulted families and children at a local park in Minnesota?

Or maybe Jaylani has forgotten the breakout of Somalia’s at the Mall of America?

Or maybe he just happened to overlook the mass stabbing on September 17, 2016, where terrorist Dahir A. Adan went on a spree at Crossroads Center shopping mall in St. Cloud, Minnesota. Ten people were injured, and the attacker was shot dead inside the mall by an off-duty law enforcement officer.

Or maybe Jaylani wants you to forget that CAIR officals or former officials have been arrested on charges related to terrorism, yet all it offers is silence and stonewalling in discussing what are it’s real motives.

Jaylani is like that of Southern Poverty Law Center and the LGBT communities.

CAIR has now joined in the alliance (Isaiah 28:18) with attempting to pull down American sovereignty step by step through subversive acts like that of their predecessors. Jaylani may have forgotten (I am not playing the fool) as to what he is doing here, and what it is that he wants Americans to forget, but I have not!