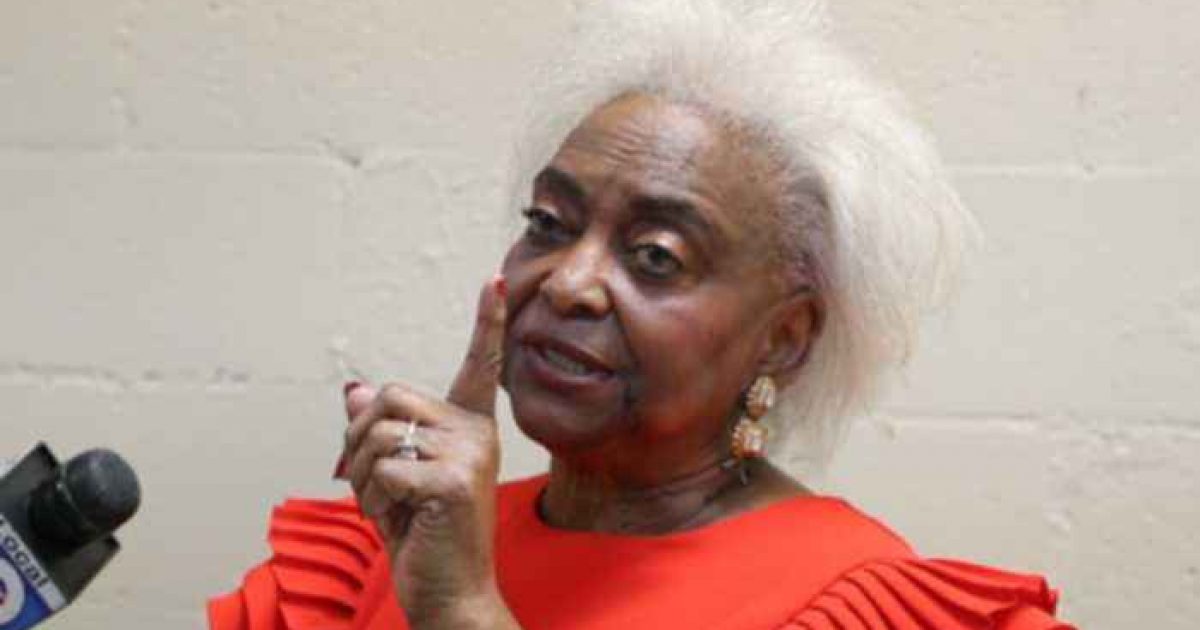 Seriously, is Broward County full of crooks and criminals? It sure seems so. The latest out of the county where elections staff under the direction of Brenda Snipes now stand accused of election and voter fraud as a Broward County employee has filed an affidavit claiming to have seen staff members filling out blank ballots.

The news came by way of former Florida Lieutenant Governor Jeff Kottkamp, who tweeted out the information on Friday evening after ballots were supposed to be turned over by Snipes per a court order.

“Affidavit filed by Broward Election’s employee in support of Caldwell lawsuit provides eye witness account of Elections staff filling in blank ballots. When this was reported the employee was fired and told not to come back. #sayfie,” tweeted Kottkamp.

Affidavit filed by Broward Election’s employee in support of Caldwell lawsuit provides eye witness account of Elections staff filling in blank ballots. When this was reported the employee was fired and told not to come back. #sayfie

According to News-Press.com, the lawsuit being spoken of by Kottkamp is tied to Matt Caldwell.

Matt Caldwell has followed Gov. Rick Scott’s lead in filing a lawsuit Friday against the Broward County Supervisor of Elections in one of the state’s closest races.

The campaign of the Republican candidate for agricultural commissioner sent a news release Friday afternoon announcing that his attorneys filed a lawsuit in the 17th judicial circuit “asking the court to protect the integrity of all ballots and all public records relating to the election for Commissioner of Agriculture.”

Caldwell thought he had edged out a victory in the agricultural commissioner race Tuesday night when he had about a 40,000 vote lead over Democratic candidate Nikki Fried.

But the latest vote count shows Caldwell losing by 3,120 votes to Fried. The difference between the candidates is .04 percent, signaling an automatic recount, and a likely manual recount.

“Over the course of the last two and half days, the Broward supervisor has continued to magically find boxes of ballots that have potentially altered the course of the race,” Caldwell said in an interview Friday. “And after all that time, we still cannot get a straight answer as to where they came from, when they were cast. We just heard there is another magical box of 2,100 ballots they supposedly found here (Friday).”

He said what is happening in Broward County is unacceptable.

“The fact that it’s my opponent’s home county and you continue to have ballots just be found at random times without any explanation I think it just undermines the faith in the entire process and certainly leaves me doubtful about the current count that has been presented out there,” Caldwell said.

Caldwell’s suit has not only called for all communication between Snipes and her team and staff and any third parties but wants verification of whether or not she added or removed votes after polls closed.

His lawsuit also states something that we have repeated before, and that is that Snipes and her office have “a record of gross incompetence and illegal behavior.”

“There is no serious person that looks at this and doesn’t suspect there is something incredibly wrong going here, and we are going to get to the bottom of it by demanding answers through the court of law,” Caldwell said.

I couldn’t agree more, and there are people who are outraged at the matter besides those involved in campaigns.

Protesters have descended on the Broward County Election Officer and demanded that Brenda Snipes “has gotta go.”

Chants of “Brenda Snipes has gotta go!” and “Lock her up!” were heard during the protest on Friday morning.

The scene at the Broward elections office where the canvassing board is preparing to meet. Also chants of, “Lock her up!” pic.twitter.com/sfJ98ubdt3

Even President Donald Trump didn’t mince words about voter fraud and election meddling taking place not only in Florida but Georgia as well.

In a series of tweets on Friday morning, Trump sought to keep the public’s eye on what was going on.

You mean they are just now finding votes in Florida and Georgia – but the Election was on Tuesday? Let’s blame the Russians and demand an immediate apology from President Putin!

Mayor Gillum conceded on Election Day and now Broward County has put him “back into play.” Bill Nelson conceded Election – now he’s back in play!? This is an embarrassment to our Country and to Democracy!

In the 2016 Election I was winning by so much in Florida that Broward County, which was very late with vote tabulation and probably getting ready to do a “number,” couldn’t do it because not enough people live in Broward for them to falsify a victory!

Why Snipes was allowed to stay in that position with her criminal history is beyond me.  She needs to be removed immediately.