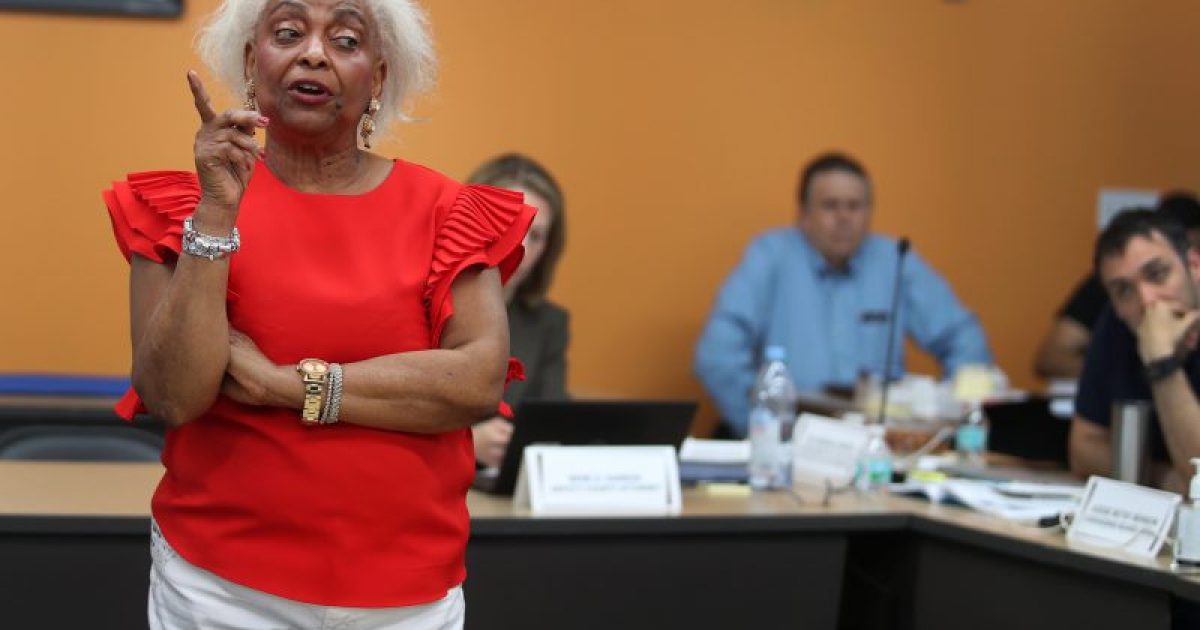 I am not familiar with legal procedure on this, but when immoral partisan criminals, a longtime Democrat tradition (see Tammany Hall), declare war on the Americans’ free and fair elections, there must be recourse.

The Commander-in-Chief was speaking with reporters on the White House lawn when he was asked to comment on allegations of widespread corruption during the midterm elections; saying “it could be.”

Pres. Trump says there "could be" a federal roll in possible Florida recounts.

Razor-thin margins of less than 0.5 percentage points currently separate the candidates in both the senatorial and gubernatorial races. https://t.co/msqT6KyQRF pic.twitter.com/mwRDY0uIBQ

With voter fraud and integrity issues in Florida, Arizona and across the nation – the entire US election system requires review and repairs.

Yesterday, we found out that voter ballots in Florida’s Democrat led Broward County were being transferred between vehicles and loaded on a rental van during the election. Every day new votes are added to Democrat candidates in close races nationwide.

Florida, Arizona and Montana all had tight Senate races with Republicans holding the lead on election night and then just like that, days later, Democrats miraculously pull out victories.

Dan Bongino commented that in Florida there is early and now late voting. But only Democrats are allowed to vote in the after election ballots.

"The only reason these folks who claim to want to save Constitution from Trump see crisis in the system is that it fails to deliver for them politically. They're not losing faith in the system. They just don't like the system." https://t.co/V6I496FPd1 #MAGA #tcot

Democrats complain but only in situations where they lose (see 2016 Presidential election for example).

In tight races, Democrats are always the party who magically (fraudulently) obtain thousands of late votes –
A Gallop Poll that was reportedly correct since 1946 predicted Republicans to win the House. This year, after 80 years of being spot on, it is suddenly incorrect:

Hillary Clinton protested the results of three states after the last Presidential election, because those states would put her over the top. The problem was that President Trump won by too many votes. God only knows how many fake ballots were in the results already.

In one recent election, Philadelphia had more votes that electors in a district. In Detroit in 2016 some votes were so overstated in the inner city they could not be recounted which meant the original and fraudulent vote totals were used. God only knows what goes on in big cities like New York, Chicago, Los Angeles, St. Louis and more. These are the only strongholds for Democrats. Are they all fraudulent?
Republicans have to wake up and smell the coffee. They will never win elections if this continues. As it is, Republicans have to win by supermajorities to outright win elections.

As a privately owned website, we reserve the right to edit or remove comments that contain spam, advertising, vulgarity, threats of violence, racism, anti-Semitism, or personal/abusive attacks on other users. The same applies to trolling, the use of multiple aliases, or just generally being a jerk. Enforcement of this policy is at the sole discretion of the site administrators and repeat offenders may be blocked or permanently banned without warning. Guest posting is disabled for security reasons.

Pamela Geller is the founder, editor and publisher of PamelaGeller.com and President of the American Freedom Defense Initiative (AFDI) and Stop Islamization of America (SIOA). She is the author of The Post-American Presidency: The Obama Administration’s War on America, (foreword by Ambassador John Bolton), (Simon & Schuster). Stop the Islamization of America: A Practical Guide to the Resistance. She is also a regular columnist for World Net Daily, the American Thinker, and other publications. Follow her on Facebook & Twitter.