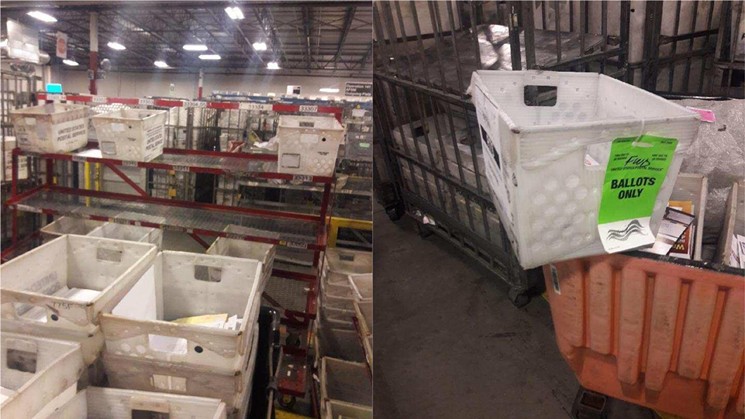 What is going on in Opa-Locka, Florida?

The postal service is currently investigating ballots mailed through the Opa-locka processing center, as reported by The Miami Herald:

The U.S. Postal Service is investigating its handling of absentee ballots mailed through a sorting facility in Opa-locka to “verify that all ballots have been handled in accordance to USPS service standards.”

A small group of activists gathered outside the federal building on Friday claiming possible voter suppression and sharing photographs they claimed showed scores of uncounted ballots sitting inside the facility’s mail room.

“At this time, we have no information to suggest any ballots were not properly handled and provided to local election officials, per our established process,” said Debra J. Fetterly, a USPS spokesperson with the South Florida District. “The Postal Service recommends that ballots be mailed as early as possible, in order to receive a postmark prior to or on Election Day.”

Local activists said an employee of the mailroom claimed scores of ballots had been sitting there for up to several weeks. But the Miami-Dade County Supervisor of Elections office said there was “zero” chance any ballots had been invalidated during the mailing process and that any ballots mailed late would eventually be delivered to them.

So why is there need for an investigation?

It should be noted that Miami-Dade is one of the most Democrat-heavy areas in Florida.

If Democrats needed dirty deeds done in Florida, this would seem to be the perfect area to find willing accomplices.

Miami New Times is reporting that the below photos prove there are uncounted ballots currently inside the Opa-locka processing facility. 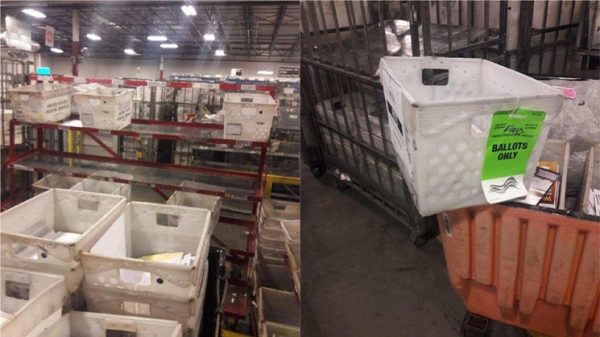 Miami-Dade County announced today that it has finished counting votes for the 2018 election.

Yes, Cesar Sayoc’s pipe bombs. Whether the above photos prove anything is questionable. The photos came from an anonymous party, possibly the postal worker already mentioned.

But the story is not hard to believe considering Cesar Sayoc’s pipe bombs passed through this very same facility. They supposedly passed through and didn’t get a postmark, in fact.

Here’s an excerpt from my October 27 article about Sayoc:

What the hell is going on in Miami-Dade County and, more specifically, at the Opa-locka mail processing facility?

If you can’t see clear indicators of vote fraud in this election then I’d say you must have voted Democrat.

Don’t be a lock-stepping Democrat. The future of our country is at stake.