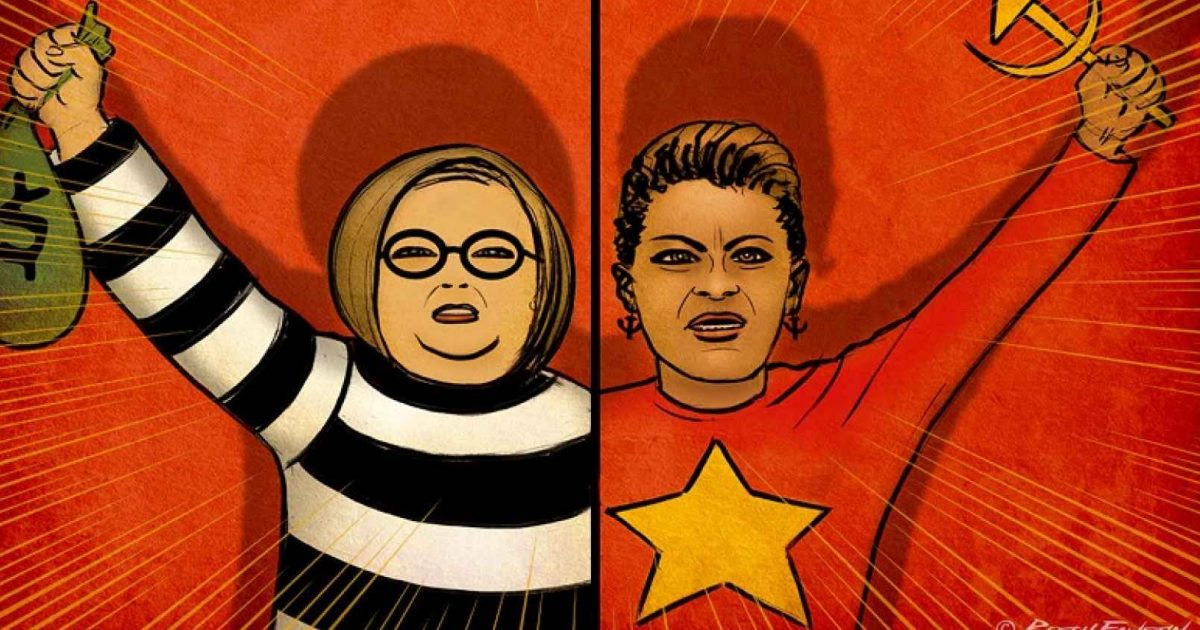 The chair of the Democratic Caucus is one of those influential positions that nobody thinks twice about.

In 2016, Rep. Linda Sanchez got to be the vice-chair of the Democratic Caucus and her appointment was touted as an identity politics first. To get the job, Rep. Sanchez had to beat out Rep. Barbara Lee, an admirer of murderous Communist dictator Fidel Castro. And Sanchez only beat out Lee by two votes.

Together with sister, Loretta Sanchez, who had warned, “the Vietnamese and the Republicans are… trying to take this seat”, the Sanchez sisters were also the only disgraceful sister duo in the House.

Rep. Sanchez had set her sights on serving as the chair of the Democratic Caucus, a position formerly held by luminaries like Senator Bob Menendez, Rep. John Larson, Mayor Rahm Emanuel, and Dan Rostenkowski, sent to prison for mail fraud. But then her husband was indicted on corruption charges.

Sanchez announced that she was dropping out of the contest to due to “an unexpected family matter.”

”Earlier today I learned that my husband is facing charges in Connecticut,” Sanchez stated. “After careful consideration of the time and energy being in leadership demands, I have decided that my focus now needs to be on my son, my family, and my constituents in California.”

James Sullivan, Sanchez’s husband, who served as the chair of the Connecticut Municipal Electric Energy Corporation, along with others is accused of misusing $800K from CMEEC on trips to the Kentucky Derby and luxury golf resorts, chartered planes and high end hotels.

The Justice Department press release mentions, “trips for Sullivan and his family members to attend the Kentucky Derby in 2013, 2014, and 2015, and airfare for a flight for Sullivan’s wife to travel to Key West, Florida, in December 2014.”

That refers to Rep. Linda Sanchez, whose House Democrats bio claims that she had fought to help “hard working people get ahead”.  Or at least the hard working horses at the Kentucky Derby

It’s best to focus on the needs of your constituents in California when flying to Florida and Kentucky at the expense of homeowners in Connecticut and the Department of Energy is no longer an option.

Sanchez’s office had claimed that the Kentucky Derby trip had been okayed by the House Ethics Committee whose approval she had sought “out of an abundance of caution”.

And then the FBI investigation began.

But that’s not the end of that scandal.

Norwich Public Utilities had also paid out $35,000 to settle a harassment complaint against Sanchez’s husband by a female employee.

The love story of Sanchez and Sullivan was the usual romantic Democrat tale of crony love at taxpayer expense. Sullivan met Sanchez while on a trip to lobby Congress for an exception for stimulus spending for the Metropolitan District Commission in Hartford.

Sullivan talked Rep. Larson into getting his guys a taste of that sweet stimulus spending. Then Rep. Larson introduced his new best friend to Rep. Sanchez and it was a match made in the swamp.

James Sullivan brought back $90 million back for the MDC and married his blushing bride in Rep. Larson’s office. Rep. Sanchez described their relationship as, “down to earth, committed and heartfelt.”

Now it’s Sullivan who might end up being committed.

Rep. Larson, a major stimulus booster, was the former chair and vice chair of the House Democratic Caucus. Sullivan’s relationship with Rep. Larson dated back to his college days. Sullivan had tried to run for Congress and his bio describes him as “long active in Democratic Party politics” and a “delegate to the 2000 Democratic National Convention.” He won his primary and was backed by the New York Times.

While Sullivan was on the CMEEC board, MDC got into business with the CMEEC. Sullivan was also paid to lobby for Brightfields, a solar energy company, which partnered with CMEEC for the “largest solar and energy storage system in Connecticut”.

If Rep. Sanchez had been a Republican, the entanglement of a House vice-chair in vice would have been front page news. Instead it was carefully buried. There were few stories about it before the midterms.

And almost all the coverage has been local.

With Rep. Sanchez out, the Vice-Chair of the Democratic Caucus has become a two person race between Rep. Barbara Lee, an admirer of Fidel Castro, and Rep. Hakeem Jeffries, who was paid $1.65 million by a law firm for which he worked, even while holding public office, allegedly without any clear sign of ever working on a case. Once in the House, Rep. Jeffries had vowed to tackle Republican corruption.

Rep. Barbara Lee is a radical leftist who praised Castro for having, “led a revolution in Cuba that led social improvements for his people.”

“We need to stop and pause and mourn his loss,” she had declared after his death.

Rep. Sanchez had only beaten out Rep. Lee for vice chair of the Democratic Caucus by two votes.

According to Jeffries, he received $1.52 million from a personal injury firm from the $25 million judgement for Eugene Sims, an armed criminal shot during a struggle over a gun with a police officer.

The race between Rep. Lee and Rep. Jeffries will divide the Congressional Black Caucus between its older hidebound members and a new generation of smoother activists. Either way though the position will belong to the Progressive Caucus: Lee, Jeffries and Sanchez are all members of the radical lefty club.

But some members are more radical than others.

If Rep. Barbara Lee becomes the next House Democratic Caucus chair, she will be its most “progressive” yet. Lee has a history with the Black Panthers and of collaborating with Communists. When Rep. Lee accuses Trump of colluding with Russia, it’s coming from a woman who did collude with the USSR.

“Outraged by President Trump’s 2 hr meeting w/Putin, the man who orchestrated attacks on our democracy. Where do his loyalties lie?” Rep. Lee demanded.

That might be a better question to ask a politician who aided Communist regimes throughout the Cold War, and who was publicly supported by the Communist Party in the United States. She’s an opponent of Israel, and opposed military action after 9/11. She’s also the likely next House Dem Caucus chair.

Rep. Lee used to serve on the board of a Soviet front group. Now she’ll be near the top of the Dems.

The new Democrat House will be divided between corrupt crooks and crooked Communists. The nearly $1 billion that bought them the House in the midterms will be used to steal trillions at taxpayer expense.

Edwin Edwards had famously run against a neo-Nazi on the slogan, “Vote For the Crook. It’s Important.” The Democrats may have lost their chance to vote for the crook. They’re stuck with the Communist.