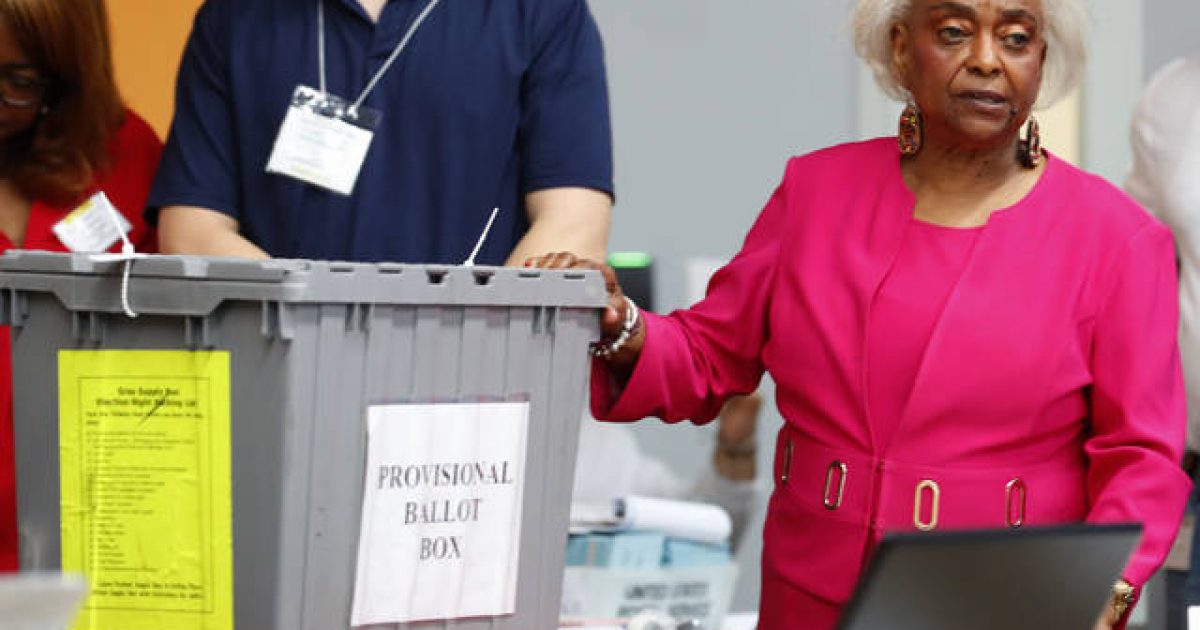 Again, we have the perfect display of voter fraud and manipulation taking place in Miami-Dade and Palm Beach counties. It’s getting to the point that these two precincts, in particular, are expected to finagle the votes on every level and at any given election, Federal, state, or otherwise.

To most people, when they hear the news that these counties are finding thousands of uncounted votes after the election is over, they think a recount is in order, nothing else because most simply cannot accept the thought that their government could be so corrupt as to fix an election. Since no one really pays close attention to numbers, important facts escape most of us. However, when the numbers involved in these two counties are examined closely, one clearly sees that they just do not add up.

Now, taking into consideration that when provisional ballots, discarded ballots, and the contested ballots, many of which were brought in to election officials long after the election was over by private automobiles are counted, there will be well over 150,000 votes. Deduct 150,000 from the 632,459 sum

Taking into consideration that the absolute highest voter turnout ever in these counties was at about 80% in general elections we can go high this time around and say there was a 60% turnout in this midterm election leaving some 1,390,539 total people who actually voted. The only problem here is we end up having 2,486,012 people these 3 counties claim voted, out of roughly 1,390,539 who could have possibly voted, given the highest percentage rate of turnout.

The 1,095,473 ghost ballots, in reality, belong to dead Democrats, illegal aliens, individuals who vote multiple times, and the finagling of electronic ballots themselves. This type of fraud in these counties as seen with Scott and Nelson is also being used in all other contests statewide, including the race for governor.

This kind of fraud is what is expected when billions of dollars are pouring into the Democrat effort to win elections. George Soros, Tom Steyer, and Michael Bloomberg are the big 3 financial donors involved in the quest to transform the country into a Socialist Banana Republic. Their sphere of financial influence is what is happening in Arizona, Georgia, and a few other states where the initial outcome of votes on election night are still being counted in tight races.

Bottom line, it is not Russians or any other international entities that are illegally influencing USA elections, it is entirely coming from Socialist insurgents living right here in our country.

Tony Elliott is an established writer with articles in over 20 publications of differing topics. He was a Political Commentary Columnist for the Cimarron News Press in Cimarron, New Mexico from 2001 to 2003. Tony was also a regular writer for several small coastal newspapers in Southern Oregon during the early 1990’s. BOOKS: Aura Visions: The Origin Prophecy, Enviroclowns: The Climate Change Circus, Strange Sounds: A Research Report