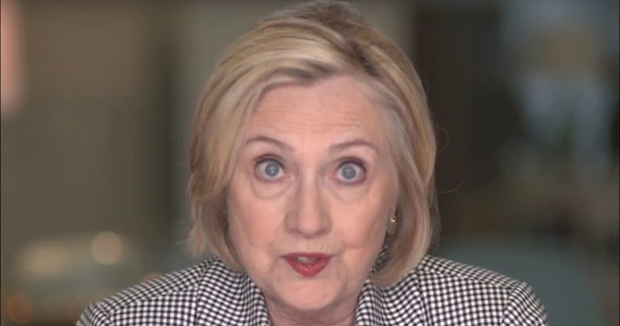 Amid increasing speculation, Hillary Clinton just dropped another hint that she is planning to run for president again in 2020.

During an appearance at the Glamour Women of the Year awards, Hillary, who will be 73 on election day in 2020, made a point of encouraging older women to run for office.

“I think people got a burst of energy from the victories from last week,” Clinton told attendees.

“I will be sure to continue to encourage a lot of you and encourage particularly young women and maybe not so young women, everyone who wants to see positive change to go ahead, get involved, and maybe even run for office. And may the best candidates win,” she added.

“In 2018, women brushed themselves off and ran in record-breaking numbers: Just think, 233 for Congress, 16 for governor, and more than 3,300 for seats in state legislatures.” If you were looking for a reason to run for office, @hillaryclinton has a message for you. Tap the #linkinbio for more.

The hint follows another round of speculation that Hillary is set to throw her hat in the ring for the third time.

According to Penn, Hillary “will easily capture the 2020 nomination.”

“Get ready for Hillary Clinton 4.0. More than 30 years in the making, this new version of Mrs Clinton, when she runs for president in 2020, will come full circle – back to the universal-health-care-promoting progressive firebrand of 1994,” states the article.

Either Hillary is engaging in wishful thinking or she is actually planning on running again, a decision that would anger a lot of Democrats who see her as a failed brand and want to move the party to a more radical position which eschews establishment thinking.

During a question and answer session last month, Clinton herself alluded to the likelihood of a Hillary 2020 campaign when she stated, “I’d like to be president,” despite insisting that she wouldn’t actually run again.