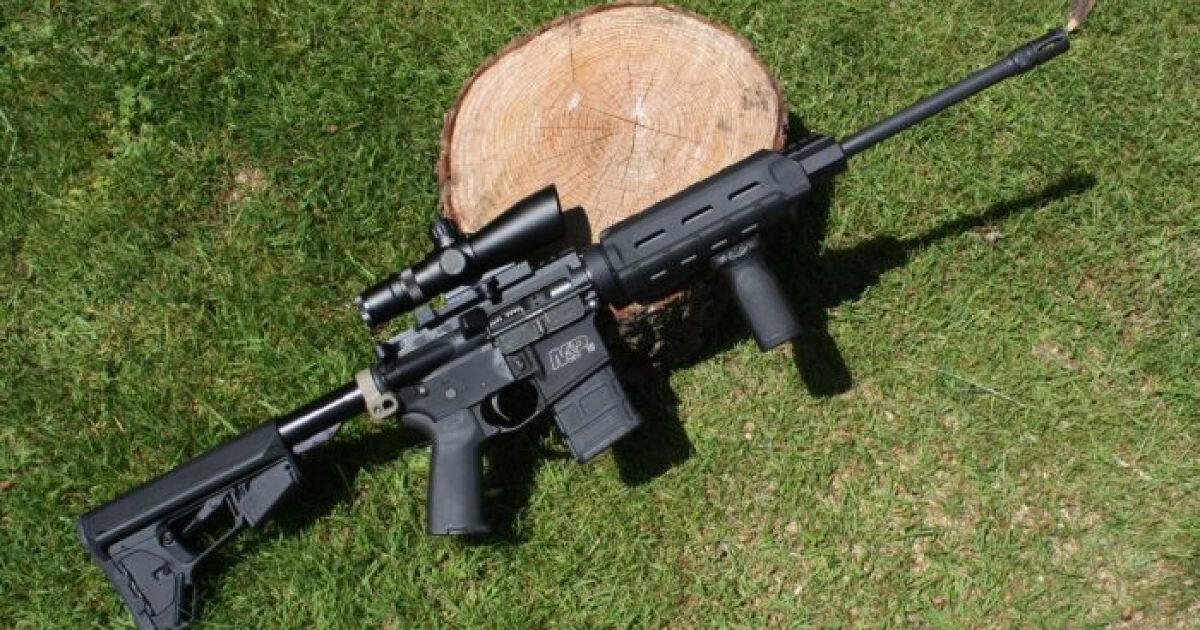 It used to be that creating your very own AR platform build in your home was legal. But House Bill HR 7115, sponsored by at least 16 Democrats, attempts to put a stop to it. How? Here is the summary of the bill:

“To prohibit the sale, acquisition, distribution in commerce, or import into the United States of certain firearm receiver castings or blanks, assault weapon parts kits, and machinegun parts kits and the marketing or advertising of such castings or blanks and kits on any medium of electronic communications, to require homemade firearms to have serial numbers, and for other purposes.”

The bill was introduced in the House on November 2, 2018 by Frank Pallone Jr (D-NJ) as the “3–D Firearms Prohibitions Act.” But it goes much, much further than just the bulky plastic guns once called “ghost guns” but aren’t.  The Democrats have taken aim at AR builds (no pun intended).

(A) at the point of sale does not meet the definition of a firearm in section 921(a) of title 18, United States Code; and

(B) after purchase by a consumer, can be completed by the consumer to the point at which such casting or blank functions as a firearm frame or receiver for a semiautomatic assault weapon or machinegun or the frame of a handgun.

Democrats continue to push that “assault weapon” narrative. Semi-automatic firearms are not assault weapons. But it’s effective in deceiving people.

They recognize that this will be hard to enforce, so they’ve added a little caveat.

“In enforcing this section, the Consumer Product Safety Commission shall periodically consult with the Bureau of Alcohol, Tobacco, Firearms and Explosives regarding effective strategies for and methods of enforcement.”

Think about this: not only do  homemade weapons end up with a problem from the Consumer Product Safety Commission, but the ATF on top of it. It was difficult for businesses under the Obama administration over the 80% lowers (Ares Armor having their lowers confiscated by the ATF comes to mind), but now the whole process is thrown to the wolves.

They’ve also added a prohibition on advertising ANY homemade weapons.

(a) In General.—It shall be unlawful to market or advertise, on any medium of electronic communications, including over the Internet, for the sale of any of the following:

(A) at the point of sale does not meet the definition of a firearm in section 921(a) of title 18, United States Code; and

(B) after purchase by a consumer, can be completed by the consumer to the point at which such casting or blank functions as a firearm frame or receiver for a semiautomatic assault weapon or machinegun or the frame of a handgun.

(c) Rule Of Construction.—Nothing contained in this Act shall be construed to limit the authority of the Federal Trade Commission under any other provision of law.

Here is the issue for licensed firearms dealers: how to issue serial numbers for homemade weapons. This could get dicey for them. The law ALSO requires that if they issue a serial number to it, they have to call it a “transfer” of a firearm.

(a) In General.—Chapter 44 of title 18, United States Code, is amended by inserting after section 923 the following:

“§ 923A. Serial numbers for homemade firearms

“(1) TREATMENT OF REQUEST AS TRANSFER PROPOSAL.—A request made of a licensed dealer pursuant to subsection (a) with respect to a firearm shall be treated as a proposed transfer of the firearm from the licensed dealer to the applicant, for purposes of section 922(t) of this title and section 103 of the Brady Handgun Violence Prevention Act, except that the Firearms Transaction Record involved shall indicate that what is being transferred is a serial number and not a firearm.

“(2) ISSUANCE OF SERIAL NUMBER.—A licensed dealer may issue to an applicant a unique serial number and identifying mark for a firearm pursuant to such a request if, applying paragraph (1) of this subsection to the request, section 922(t) or other law would not prohibit the licensed dealer from transferring the firearm to the applicant.

“(3) FEE AUTHORITY.—A licensed dealer may charge an applicant a fee for each serial number and identifying mark assigned and issued under this section, in an amount that is not more than the actual costs associated with assigning and issuing the serial number and identifying mark, and a fee for contacting the national instant criminal background check system with respect to the applicant.

But be sure to tell your Congressional Reps to actually READ this bill. It was referred to the House Committee on the Judiciary as well as the Committee on Energy and Commerce.

Lives And Livelihoods Will Be Destroyed While Dems Wait Until 2021 For The Vaccine And Stimulus
November 25th, 2020 The Lid