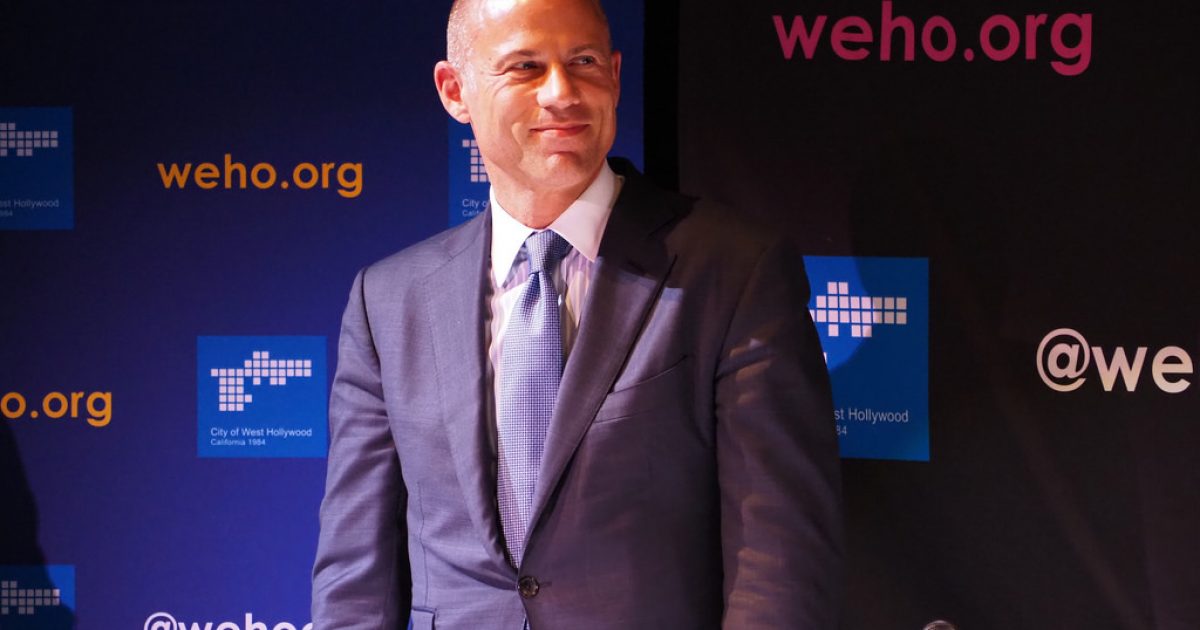 Our law enforcement sources say Avenatti was arrested Wednesday after a woman filed a felony DV report. We’re told her face was “swollen and bruised” with “red marks” on both cheeks.

Our sources say the alleged incident occurred Tuesday night, but there was another confrontation Wednesday between the two at an exclusive apartment building in the Century City area of L.A.

We’re told Wednesday afternoon the woman was on the sidewalk on her cellphone with sunglasses covering her eyes, sobbing and screaming on the phone, “I can’t believe you did this to me.  I’m going to get a restraining order against you.”

We’re told security brought her inside the building, took her upstairs and Michael showed up 5 minutes later and ran into the building. He screamed repeatedly, “She hit me first.” We’re told he angrily added, “This is bulls***, this is f***ing bulls***.”  We’re told he tried getting into the elevator but security denied him access.

Cops showed up and escorted Avenatti into a corner of the apartment lobby and spoke with him for 5 to 10 minutes and then took him into custody.

A law enforcement source says on Tuesday, Avenatti “kicked her out of the apartment” and that’s when the alleged domestic violence occurred. We’re told she went back to the apartment on Wednesday to retrieve her belongings and called police to stand by in case things got heated.

Details of the Avenatti’s acrimonious divorce have surfaced in press reports about the lavish lifestyle the two enjoyed during Avenatti’s days of running a successful law firm in LA. But the relationship fell apart in 2017, around the time that Avenatti’s firm ran into money trouble.

Sadly, this behavior isn’t all that surprising. After all, Avenatti named his ‘grassroots’ political fundraising vehicle “Fight PAC”. And this isn’t Avenatti’s first brush with misogyny: He caused a stir last month when he said during an interview that the Democratic Party’s 2020 nominee “better be a white male.” Because only another white man could beat Trump, he said.

Avenatti was still in police custody on Wednesday evening.

Yeah, well, they say what goes around comes around, only I’m more inclined to believe in Divine Providence.  Michael Avenatti is getting exactly what he has been dishing out, but let’s see if he receives anything close to justice in this matter.