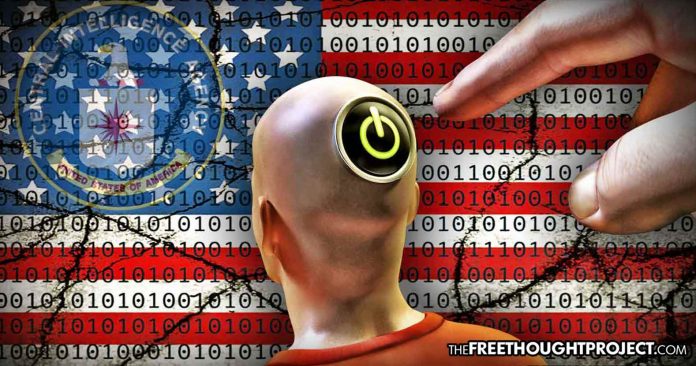 (TCRN) — The American Civil Liberties Union has released documents from the Central Intelligence Agency’s Office of Medical Services detailing a secret history of CIA torture operations. The 90-page account was written by an unknown top CIA medical official and explains how CIA doctors were looking for a “truth serum” drug they could use on prisoners as part of a formerly classified project known as Project Medication. U.S. government lawyers have previously stated that the report was a draft and represented the impressions of one single officer not the opinion of the whole agency.

The CIA studied records of old Soviet drug experiments as well as the CIA’s notorious and discredited MK-Ultra program, which involved human experimentation with LSD and other drugs on unwitting subjects. The CIA doctors involved in Project Medication wanted to use Versed, a psychoactive drug similar to some of those used in MK-Ultra, on prisoners.

Although the project was apparently never put into action, the medical professionals working with the CIA did play a role in human experimentation. The ACLU noted that medical professionals were “indispensable” to legitimizing torture and attempted to provide a “veneer of legality” for torture methods. The report notes that CIA doctors actually promoted the idea that waterboarding “provided periodic relief” from being forced to stand and subjected to other forms of sleep deprivation and physical torture. In fact, the CIA’s medical staff claimed that the torture program was “reassuringly free of enduring physical or psychological effects.”

“That doesn’t mean that the doctors were sadistic or anything like that,” ACLU attorney Dror Ladin told the AP. “But it means they were complicit because this pseudo-scientific torture could not have happened without the doctors’ participation.”

The report states that there were two roadblocks to using Versed as the potential truth serum: “a prohibition against medical experimentation on prisoners and a ban on interrogational use of ‘mind-altering drugs’ or those which ‘profoundly altered the senses.’” The U.S. intelligence community’s quest for a truth serum goes back to at least the 1950s. From the early 1950s to the early 1970s, the U.S. government funded millions of dollars worth of research into LSD, including the CIA’s infamous MK Ultra program, which sometimes tested LSD on unwitting participants and investigated the possibility of using the drug as a “truth serum” against spies.

The official version of events says that MK Ultra was shut down and attempts at mind control were ceased. Despite the claims by the CIA and authorities, attempts at mind control continue to this day, albeit in more subtle forms such as advertising and technology. Either way, as the ACLU notes, mind control was officially off the table, but “decades later, the agency decided to experiment on humans again, testing pseudoscientific theories of ‘learned helplessness‘ on its prisoners.

This is a reference to the psychologists who helped mastermind the CIA’s torture protocols and escaped without any legal repercussions. James Mitchell and John Bruce Jessen are former U.S. military psychologists who are seen as the “architects” of the CIA’s torture program. They served in the U.S. military’s Survival, Evasion, Resistance, and Escape program (SERE), teaching U.S. troops how to resist and survive torture in the event of capture by foreign nations. SERE was supposed to help troops understand torture techniques while Jessen and Mitchell supervised their mental state.

After 9/11, the psychologists were tasked with designing and developing the CIA’s detention, rendition, and interrogation operations. Using their knowledge of how to resist torture, the two reverse-engineered the SERE program to create a new program that would break detainees’ mental state in the hopes of creating loose-lipped zombies. By the (alleged) end of the program, Mitchell, Jessen & Associates were paid more than $80 million in taxpayer money.

The ACLU makes an important note regarding the dehumanizing affect of torture. “The CIA’s torture program is the way it corrupted virtually every individual and institution associated with it,” the ACLU wrote. “Over the years, we have learned how lawyers twisted the law and psychologists betrayed their ethical obligations in order to enable the brutal and unlawful torture of prisoners.”

Never forget that the people responsible for these horrible decisions and policies are not elected by the people.