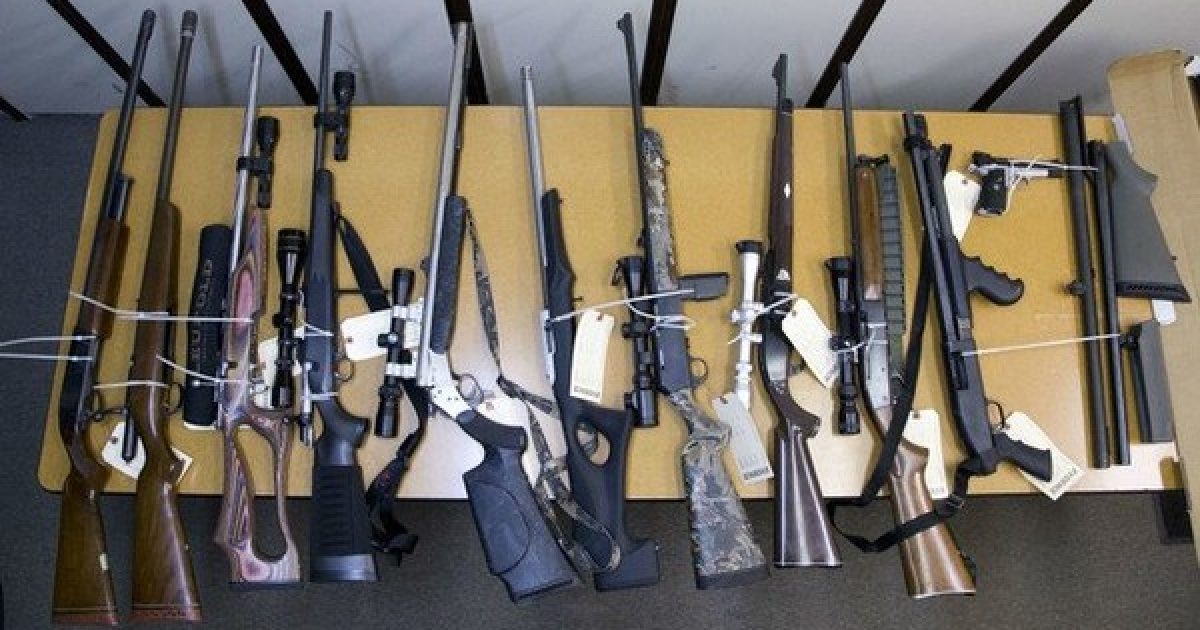 The state of Oregon is full-blown Communists.  These anti-Americans running the show in the Western state have implemented their newest man-made, constitution-violating laws in the form of Red Flag “laws,” and those “laws” have resulted in nearly 50 people having their property stolen from them even though they were not charged with a crime nor were found guilty of a crime.

At least 46 Oregonians have been ordered to surrender their guns under a new type of court order intended to stop suicides and mass shootings, law enforcement and court officials testified to state lawmakers Wednesday.

Ten of the cases affect people in Multnomah County, where authorities have seized more than 50 guns from people found to pose a danger to themselves or others, Mike Reese, the county sheriff, told a joint meeting of the Senate and House judiciary committees. Washington County follows with at least eight cases, then Josephine County, with at least seven, according to documents submitted to the committees.

While there were people in the midst of this who broke the law in issuing threats to commit mass shootings and such, not all of these people were doing so.

“I believe that this legislation is an important component of a comprehensive approach to gun violence reduction,” Reese testified.

He also said that “most” of  “extreme risk protection order” cases in Multnomah County arose from a person’s threats of suicide. In several cases, people brandished weapons and threatened to shoot themselves or others.

Reese used the word “most,” not all.  That means there are a number of people who have their property stolen by the government when they have not actually committed a crime.  This is very dangerous people.

Government, in general, has targeted our veterans over the very rights they fought to protect.  They have denied them the right to purchase (keep and bear) arms of their choice, even when they had committed no crime.

Red flag “laws” are not constitutional.  According to our Constitution

However, this is what Oregon is doing.  The Oregonian reported earlier in an article titled “Shots Not Fired“:

On the heels of a gun suicide in one lawmaker’s family and amid confessions of domestic violence in another’s, the Oregon Legislature narrowly passed a law in 2017 giving judges discretion to pry guns from people not convicted of a crimewho show signs they might shoot themselves or someone else.

Under the new law, police, family members or roommates can petition a judge for an “extreme risk protection order” barring gun possession. If an order is granted, the person named in it has 24 hours to turn over all guns to law enforcement, a qualified third party or gun dealer. The order stands for a year but can be extended indefinitely by a judge.

Again, does that sound constitutional?  Nope, not unless the person was issuing threats or brandishing their weapon or firing it indiscriminately at someone.  Those things are crimes and as such, the person should be arrested, charged and if found guilty dealt with accordingly.  That would be due process.  This is not.

If the goal is simply to get guns out of their hands, but fail to charge them with a crime, isn’t that telling to anyone reading this?

Stay tuned, this is going to get uglier, and not just in Oregon.