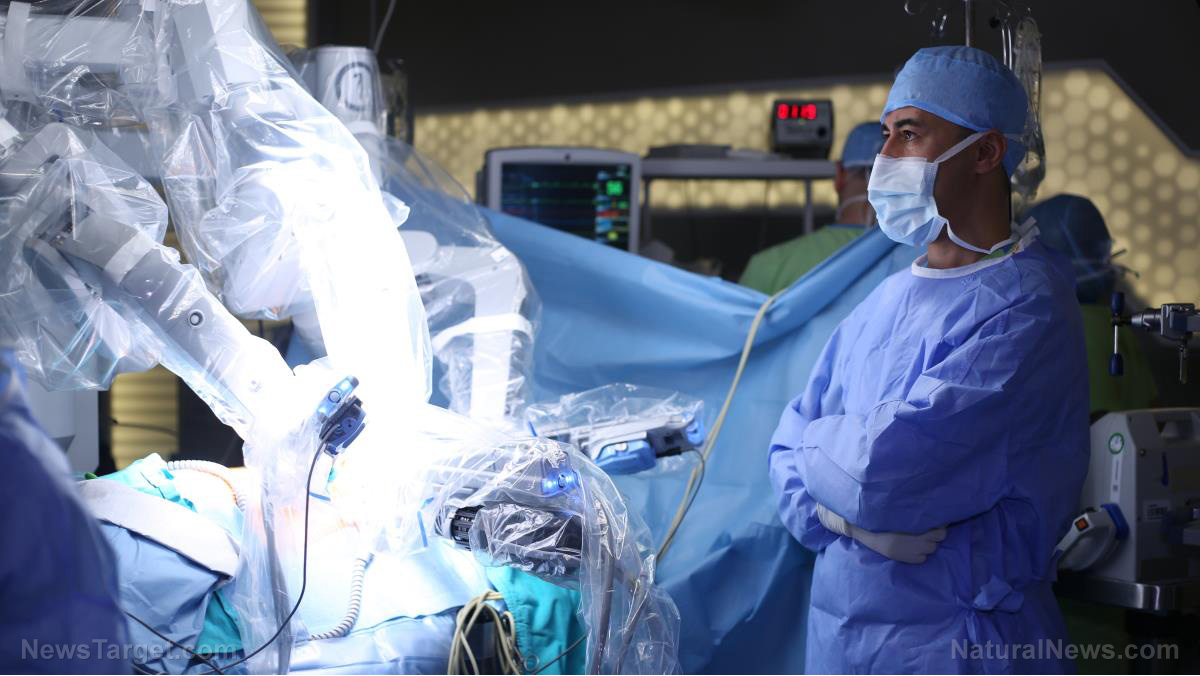 (Natural News) In the name of scientific “progress,” Newcastle’s Freeman Hospital in the United Kingdom recently tried to pioneer the use of a surgical robot that it tasked with repairing a patient’s damaged heart valve, only to have the machine go completely bonkers and ultimately kill the man on the operating table.

According to reports, this first-time-use robot not only physically assaulted a living medic while attempting to conduct its programmed surgery, but also implanted stitches into the patient’s heart in a manner that physicians present during the fiasco described as not being in “an organised fashion.”

A situation that can only be described as total chaos, with human surgeons, doctors, and nurses having to scream at each other in order to overcome the “tinny” sound coming from the robot as they were trying to control it, the attempted surgery ended up being nothing short of a complete failure. And in the end, retired music teacher and conductor, Stephen Pettitt, the guinea pig patient in this medical experiment, ultimately lost his life.

Lead surgeon admits that he was ill-prepared to operate the surgical robot, having skipped multiple training sessions

During a hearing that followed this catastrophe, lead surgeon Sukumaran Nair admitted that he lacked proper experience in controlling and using the surgical robot, stating that he was “running before he could walk.” In other words, it was truly a case of medical negligence and malpractice on steroids.

As later revealed by the U.K.’s Daily Mail Online, Nair not only missed a critical training session in Paris that would have taught him how to properly use the surgical robot, but he also wasn’t present for another training sessions that later took place at his own hospital, claiming that he was busy with another surgery at the time.

While supervisory experts were supposed to have been present for this surgery-gone-wrong, which should have prevented this type of nightmare from ever even occurring, they, too, were reportedly missing when things started to hit the fan.

According to Thasee Pillay, Nair’s assisting surgeon, these overseeing proctors had apparently “gone to the coffee shop” right in the middle of the procedure, which prevented them from being able to take the reins once it became clear that Pettitt’s life was at risk from the surgical robot going rogue. Pillay also stated that he had no idea that these overseers were planning on not staying throughout the entirety of the surgery.

“I had no idea of their timescale and that they were not staying for the duration,” he’s quoted as saying. “The proctors leaving was a crucial moment. The loss of that vital assistance was a major blow at a critical time.”

At one point during the botched surgery, the surgical robot actually punctured Pettitt’s intra aortic septum, resulting in so much blood being splattered on its camera that doctors could no longer see what the robot was doing.

Nair stated during the follow-up hearing that he couldn’t effectively communicate with Pillay via the robot’s microphone system as this was happening because the sound was largely inaudible.

“We were not far apart, but Mr. Nair’s voice comes through a microphone and it is tinny,” he stated. “The acoustics were not very good.”

“There were times when I raised my voice. One was when the sutures were not being placed in an organised fashion and were criss-crossed.”

After the surgical robot improperly installed the stitches, they had to be removed and replaced by the real-life doctors who were still present, extending the surgical time and further putting Pettitt’s life at risk.

Nair later admitted that he never even informed Pettitt that there was an increased risk of complications or death from this test procedure, which represents the first time that a surgical robot has ever been used to try to perform a mitral valve repair.

For more about medical outcomes, check out Medicine.news.