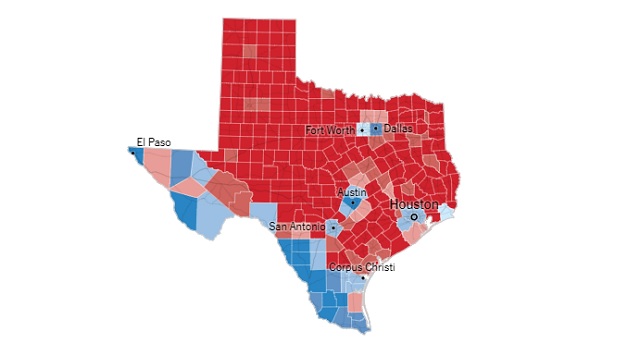 What was once viewed as the reddest state in America could soon turn blue thanks to mass immigration.

From the Dallas Morning News:

The blue wave lapped at the shores of Texas this year — and it was powered by Latino voters.

Though Republicans held on against the current in statewide races, Latinos helped send El Paso’s Veronica Escobar and Houston’s Sylvia Garcia of Houston to Washington, D.C. …

And the surge of Latino voters across the state almost made the difference in the nationally watched Senate race between Beto O’Rourke and Ted Cruz.

That has Latino voter mobilization groups and political experts confident that enthusiasm around the 2018 race, paired with natural population growth, is likely to make Texas a truly competitive state by 2020 and maybe even a shade of blue. … .@TuckerCarlson: "California was once a solidly Republican state, for generations. It is now among the most Democratic. Why? Immigration. Different people live there. Not surprisingly they vote very differently. Something very similar is happening right now in NV, AZ, TX, [etc.]" pic.twitter.com/EGT8EbYSsH