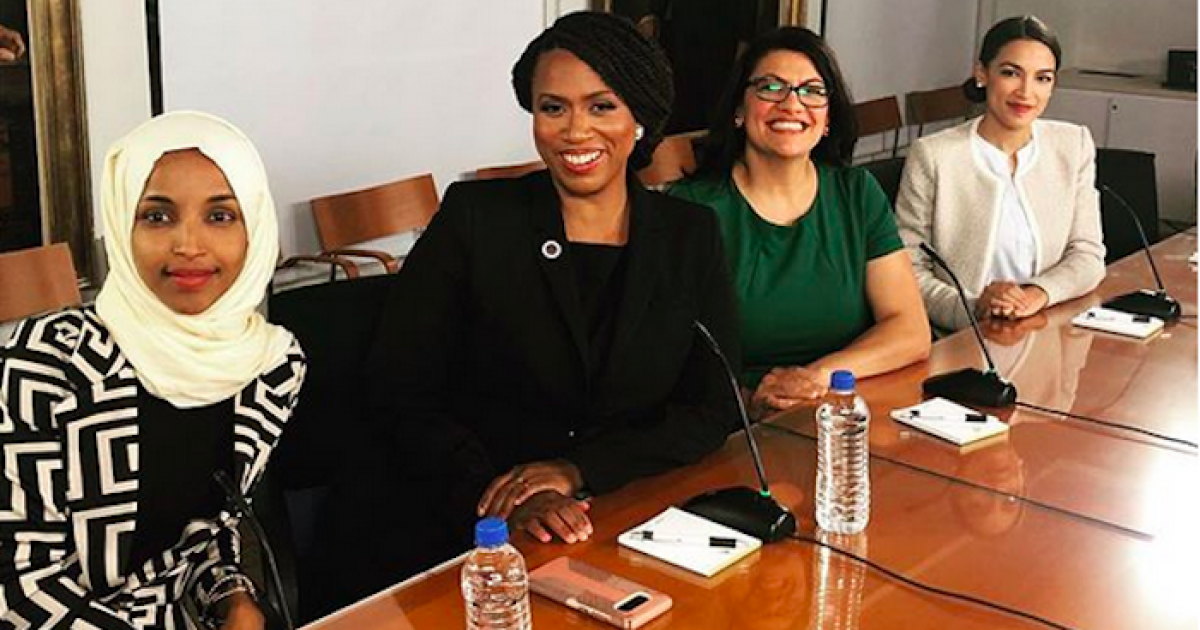 The BDS [Boycott, Divestment, Sanctions] movement is frankly neo-Nazi in its goals, as the Nazis staged nationwide boycotts of Jewish-owned businesses early in the life of the Third Reich. So Ilhan Omar had every reason to distance herself from this movement before the election. But now Representative Omar has nothing to lose.

Tuesday marked the start of “freshman orientation” in Washington, D.C., where new members of Congress arrived to meet their colleagues and learn how the House and Senate actually work.

Rep.-elect Ilhan Omar, a Democrat from Minneapolis and one of the first Muslim women elected to Congress, quickly met up with some of her fellow trail-blazing colleagues like Rashida Tlaib and Alexandria Ocasio-Cortez.

But back at home, many of her Jewish constituents were grappling with remarks her office made on Sunday to a website called MuslimGirl, claiming that Omar supported the boycott, divestment and sanctions movement against Israel.

This seemed like a bait-and-switch to many Jewish Minnesotans: When she was asked at an August primary debate held in a synagogue to specify “exactly where you stand” on BDS, Omar said that BDS was “not helpful in getting that two-state solution” — never explaining that she in fact supported the policy.

“She’s either misrepresenting or misunderstanding. And I hope to be able to have a dialogue with her that clarifies which of those is the nature of her stance,” said Rabbi Avi Olitzky of Beth El Synagogue, which hosted the debate.

However, he added, “Just as I have with all of our previous elected officials, I hope to be able to continue a dialogue once Congresswoman-elect Omar is in office. However, this starts her tenure off on the wrong foot.”

Omar’s office did not respond to an interview request….