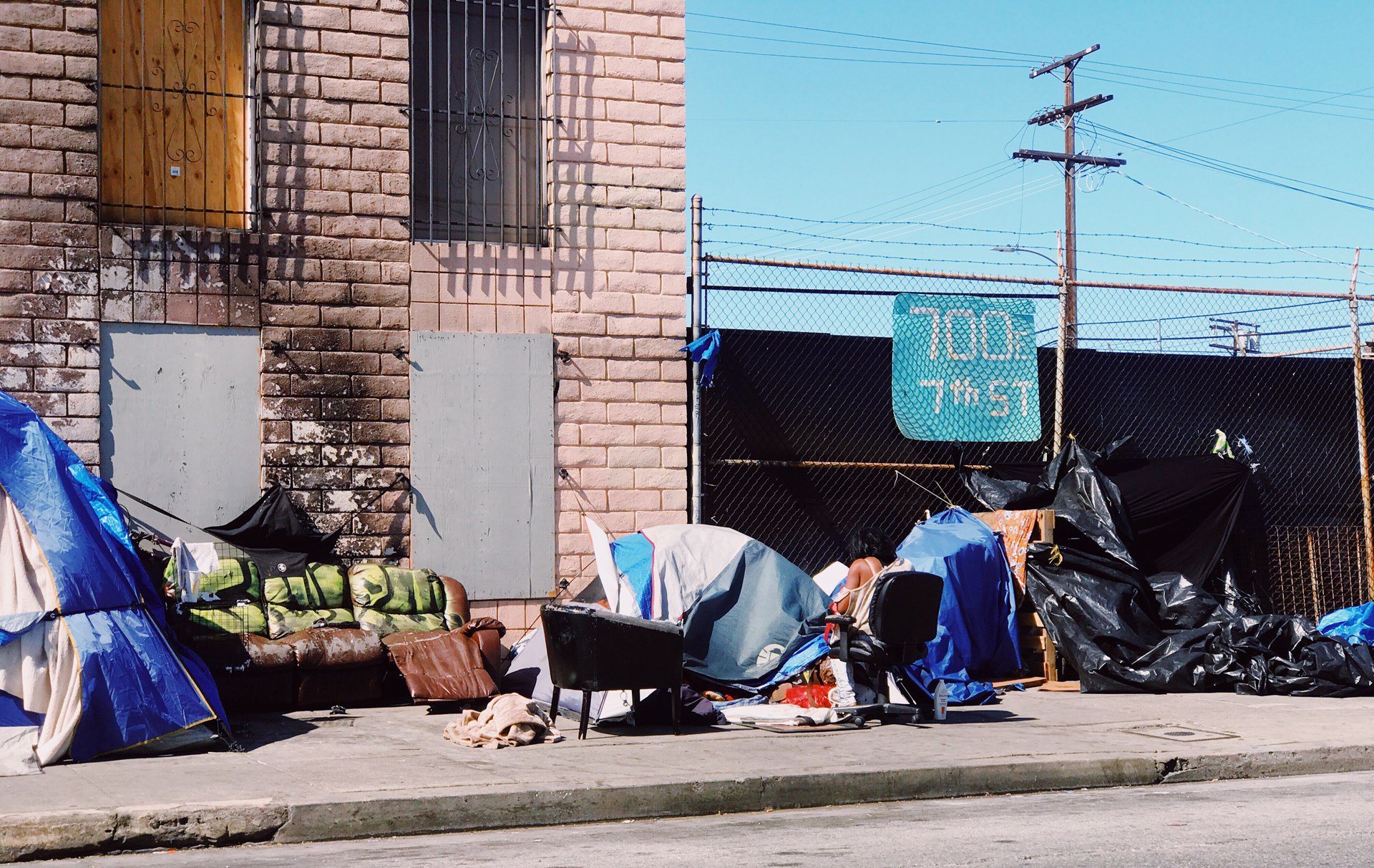 Typhus is on the rise in Los Angeles, with its epicenter in downtown, where the city’s sanitation officials are struggling to respond to the nearly two thousand “cleanup requests” they get from locals every month.

Like San Francisco, LA is struggling to clean up city streets of human waste—specifically feces—due to a lack of public restrooms and a growing homeless population.

There was an average of 700 requests in the area in the spring of 2016, but officials now claim they receive about 1,900 cleanup calls per month thanks to the number of growing homeless camps. But the growing homelessness and sanitation nightmares have led to yet another crisis: a rise in flea-borne typhus.

Between July and September, county officials identified at least nine typhus cases that originated in downtown. At least six of the infected were homeless, but central LA isn’t the only place at risk.

Officials in the city of Pasadena, also located in Los Angeles County, claim 20 residents had typhus fever this year. Typhus cases have also been registered in Long Beach and Willowbrook.

As the number of cases continues to rise, the Los Angeles County Board of Supervisors feels pressured to act. They recently voted on a pilot program to fight the illness in homeless encampments by adding more cleanup efforts, introducing more mobile showers, offering the homeless housing, and distributing hand sanitizer and flea repellent for people and pets.

The crisis, which has already made 64 victims this year alone, has deeper roots. At least, that’s what 5th District Supervisor Kathryn Barger appears to claim.

“When I drive through parts of my district and I see the living conditions on the street, it reminds me of a third-world country,” Barger said.

Perhaps the fact that California falls behind every single state in the country when it comes to fiscal, regulatory, tax, and economic policies—much like many “third-world” countries—has something to do with the current conditions residents are now forced to grapple with.

As the Cato Institute’s Freedom Index reveals, California’s suffocating regulatory environment has a series of very real and heartbreaking consequences.

When it comes to land-use freedom, for instance, cities like Los Angeles have restrictive rules regarding housing supply and rent control, keeping builders from developing affordable housing and helping to artificially increase the cost of housing across the board.

But bad housing policies are not the only cause of growing homelessness in Los Angeles. The state’s labor laws add insult to injury by making it difficult for employers to help those in need. With high minimum wage laws, no right-to-work policies in place, mandated short-term disability insurance, and prohibiting consensual noncompete agreements, job creation in California is dramatically held back, and the poor and low-skilled are unable to break into the labor market.

In addition, occupational licensing also keeps entrepreneurs from entering the market due to the extensive cost associated with obtaining the mandated training and certification to perform simple services.

With state lawmakers being so eager to get involved in every single affair, from banning straws to keeping residents on a budget from using scooters, it’s hard to see how these rules could be repealed—or at least reformed—anytime soon.

As the founder and president of the Future of Freedom Foundation Jacob G. Hornberger explained, the root causes of homelessness in most major urban centers across the US are both minimum wage laws and zoning, two policies that are not only in effect in California but that have been revamped and strengthened again and again over the years.

With California residents once again helping progressives stay in power in the region, we know these policies are not going anywhere. If anything, they will continue to receive widespread support from the newly-elected governor.

For the time being, there might not be a government-backed solution to Los Angeles’ typhus outbreak, but if the city’s and state’s politicians really want to end homelessness, then repealing zoning and minimum wage laws would be a great start.

Chloe Anagnos is a professional writer, digital strategist, and marketer. Although a millennial, she’s never accepted a participation trophy.