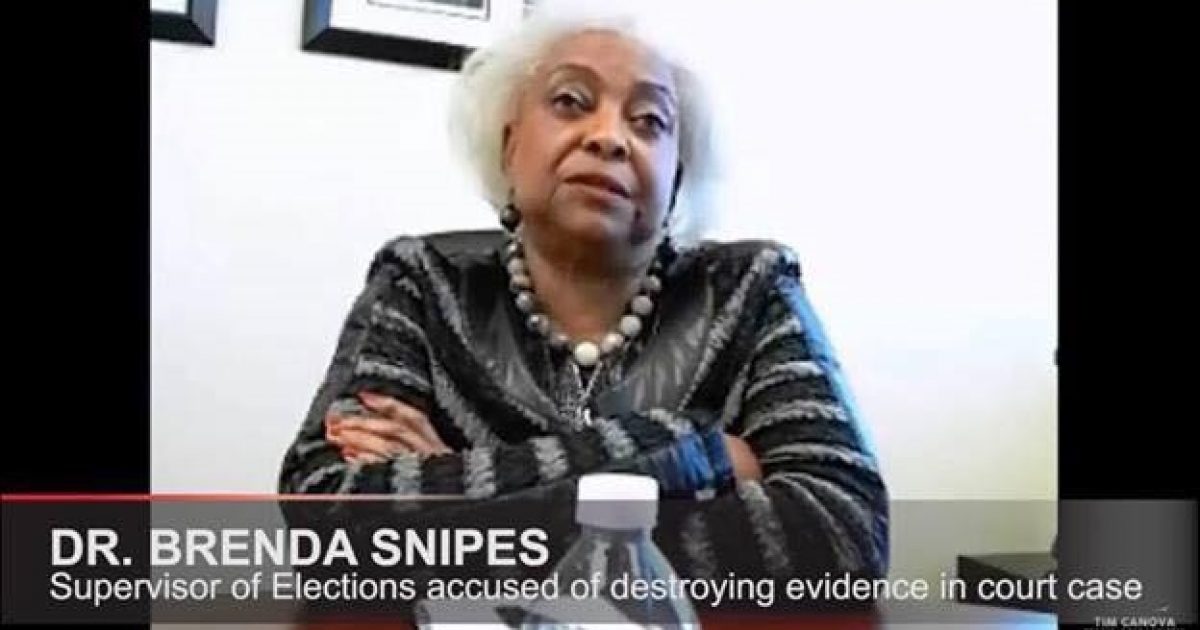 Florida Democrats should be investigated under the RICO statute (Racketeer Influenced and Corrupt Organizations Act), according to a fraud expert interviewed by Breitbart. Florida Democrats sent “Cure Affidavits” to people who had  improper absentee ballots…and the affidavits were altered to place an incorrect date on them. They were sent out the day AFTER the election.

Political parties can be subject to the RICO law when they are working to create an “enterprise.” The law has a statute of limitations of 4 years, and there has to be a pattern. Democrats definitely have a “pattern.” The RICO statute includes mail and wire fraud, and is the same law used to charge Mafia members.

A day after Florida’s election left top state races too close to call, a Democratic party leader directed staffers and volunteers to share altered election forms with voters to fix signature problems on absentee ballots after the state’s deadline.

The altered forms surfaced in Broward, Santa Rosa, Citrus and Okaloosa counties and were reported to federal prosecutors to review for possible election fraud as Florida counties completed a required recount in three top races.

But an email obtained by the USA TODAY NETWORK – Florida shows that Florida Democrats were organizing a broader statewide effort beyond those counties to give voters the altered forms to fix improper absentee ballots after the Nov. 5 deadline. Democratic party leaders provided staffers with copies of a form, known as a “cure affidavit,” that had been modified to include an inaccurate Nov. 8 deadline.

“I spoke with a Republican attorney today who is quite familiar with this and connected to the inter-workings and they believe that it is not only the smoking gun, but it is potentially the grounds for a RICO case … this is not over.The first step is to get this out of the way. Let’s get the election certified and let’s get people sworn into office. But I think that this is a very real problem, ultimately whether it’s complete ignorance or an organized effort on behalf of the Florida Democratic Party to manipulate and violate the law … they sent altered forms out with the hopes that they could just get away with it because they could get some sympathetic judges who say, ‘Well, this is what the forms that these people received said so I guess we’ll have to go along with it.’ [Emphasis added]

At the end of the day, the basic argument in Florida right now is this: Should the laws that were in place on the day of the election be upheld. And the Republicans are saying yes and the Democrats are saying no. [Emphasis added]”

Senator Marco Rubio has been sounding the alarm since the election.

No evidence of fraud in #FloridaElection?

Dems got voters to use altered forms to fix & submit as many mail ballots as possible after FL deadline in hopes that a judge would later order state to count them.

Today that’s exactly what a federal judge did. https://t.co/MC4Tlvy9gi

Altered forms, slow counting- an effort to delay, attempts to doctor the votes in Florida. Such actions cause people to completely distrust the process of voting…and that is a black eye on our Republic. All thanks to Democrats who are lousy losers.