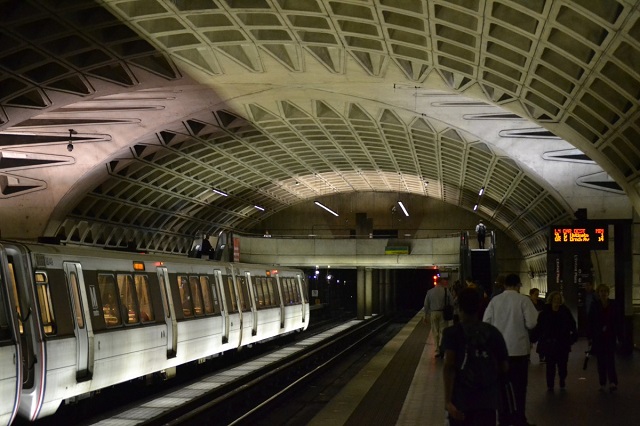 The Washington DC City Council voted 11-2 last week to decriminalize fare evasion on the DC Metro after councilmembers said “90 percent” of the 20,000 riders cited for fair evasion were African-American.

A bill that would decriminalize fare evasion on the DC Metro system passed on Tuesday, with 11 councilmembers voting yes.

The bill prevents those who evade fares from getting jail time and lowers the maximum $300 fine associated with it. Now, a fine may be no more than $50. It is no longer a criminal offense, but a civil offense.

The bill, which was originally introduced by eight councilmembers, was vigorously debated on Tuesday afternoon, with Councilmember Allen and White recalling instances of offenders being arrested.

Allen said on Tuesday that something that these people who described have in common is that, “they’re all residents of color.”

Both White and Allen brought up a report released in September, that more 20,000 citations were issued for fare evasion in a two-year period and more than 90 percent of those riders were black.