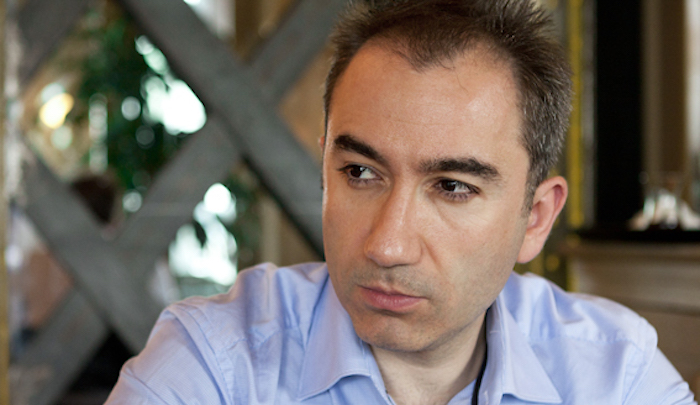 This is the second Islamic apologetics article that the New York Times has published in as many days (here’s my takedown of the other one). When did the Times sign up to be the media arm of the Muslim World League?

In any case, here is a quick test of whether what Mustafa Akyol says is true or not: let him go to Pakistan, or Iran, or Afghanistan, or Saudi Arabia, or Somalia, or Sudan, or any other country that implements Islamic law, and tell the Islamic authorities there that true Islam does not kill blasphemers. Akyol apparently expects us to believe that all the Islamic authorities in all those countries, and all the Islamic scholars who formulated Islamic law from the Qur’an and Sunnah, got Islam all wrong, wrong, wrong, and finally here comes Mustafa at last, with the genuine article.

In reality, if Akyol denied the death penalty for blasphemy in any Sharia state, he could end up being executed for blasphemy himself. And he almost certainly knows about the Islamic texts I quote below, that contradict his claims in this article. He just hopes you don’t.

The agony of Asia Bibi, a 54-year-old Roman Catholic and mother of five, shows there is something rotten in her country, Pakistan — and in the broader world of Islam….

Muslims who support such violent or oppressive responses to blasphemy are missing two important points. One is that it is them, not the blasphemers, who are defaming Islam, by presenting it as an immature tradition that has little room for civilized discourse. The second point is that their zealotry is not as religiously grounded as they think.

To see this, one must look at the Quran — the most fundamental and only undisputed source of Islam. Most notably, throughout all of its 6,236 verses, it never tells Muslims to silence blasphemy with force. It tells them only to respond with dignity.

This appears in the Quranic verses that addressed the tensions between the earliest Muslims and other communities nearby. “You are sure to hear much that is hurtful from those who were given the Scripture before you and from those who associate others with God,” one such verse tells Muslims, only to add, “If you are steadfast and mindful of God, that is the best course.” [3:186]

Another Quranic verse holds up as model Muslims “those who walk humbly on the earth, and who, when the foolish address them, reply, ‘Peace.’” [25:63] Yet another verse addresses the issue of mockery, telling Muslims that when they hear people who ridicule “God’s revelations,” they should just “not sit with them.” [4:140]

However, as Islamic jurisprudence developed over the centuries, much was added to the spirit of the Quran, based often on dubious reports about the words and deeds of the prophet. Blasphemy, in particular sabb al-rasul, or “insulting the prophet,” gradually became a capital crime — but only with objections from prominent jurists like Abu Hanifa, the eighth-century founder of one of the four main Sunni schools. A bigger sin than insulting the prophet is disbelief in God, he reasoned, but Islam decrees no punishment for that.

In reality, there is much support in the Qur’an for the death penalty for blasphemy. It can arguably be found in this verse: “Indeed, the penalty for those who wage war against Allah and His Messenger and strive upon earth [to cause] corruption is none but that they be killed or crucified or that their hands and feet be cut off from opposite sides or that they be exiled from the land. That is for them a disgrace in this world; and for them in the Hereafter is a great punishment.” (5:33)

Also: “Those who annoy Allah and His Messenger – Allah has cursed them in this World and in the Hereafter, and has prepared for them a humiliating Punishment” (33:57)

And: “If they violate their oaths after pledging to keep their covenants, and attack your religion, you may fight the leaders of paganism – you are no longer bound by your covenant with them – that they may refrain” (9:12).

There is more in the hadith, which Akyol dismisses above as “dubious reports about the words and deeds of the prophet.” From a historical standpoint, they are dubious indeed, but they are also, as he notes, normative for Islamic law. Akyol needs to answer the question of exactly how and why these “dubious reports” became the basis for Islamic law if they really contradicted the Qur’an. No one noticed that until Akyol came along?