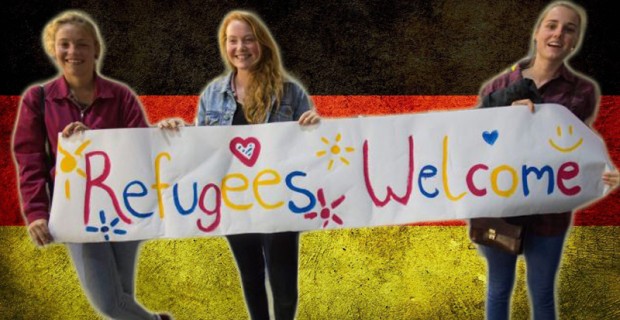 An 85-year-old pensioner was killed in his own bed after an Afghan migrant slit his throat in the eastern German town of Wittenburg.

The culprit, a 20-year-old rejected asylum seeker, was hired to to take care of the victim’s house and garden by the pensioner’s daughter, who had met him while volunteering at a local refugee shelter.

A Bosnian man who also lived in the house witnessed the victim’s final moments via a baby monitor. At first, he didn’t suspect foul play and thought that the migrant was merely tucking in the old man. However, when the victim gasped, he knew that a violent attack had occurred.

The culprit fled the scene but was detained 60 kilometres away at the state border. He was initially admitted to a hospital for hypothermia but when doctors noted that the man had no personal documents, they called the police. The man was arrested after his fingerprints matched those in the police database.

The perpetrator’s asylum claim was rejected and he had been ordered to leave the country by January 2019. The murder victim, Dietrich P., was well known and respected in the town, according to reports.

The right-wing AfD party is demanding that politicians discuss the murder and not downplay it as an isolated case.

Back in September, the German town of Chemnitz saw anti-mass immigration protesters clash with leftists after a local man was murdered by an Iraqi and Syrian migrant.

Freiburg also saw demonstrations against the gang rape of an 18-year-old girl by 7 Syrian migrants.

Protests against gang rape of 18-year-old girl by 7 Syrian migrants.

Violent crime has risen over the last two years and 90% of it is due to migrants, according to the German government’s own statistics.

However, Bundestag President Wolfgang Schäuble has told Germans to forget about the one million plus “refugees” who flooded into Germany over the past three years ever returning to their home countries.