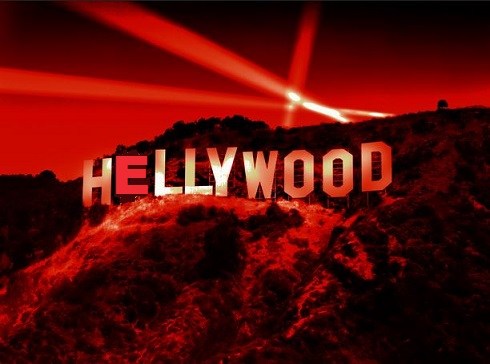 Hollywood truly is a cess pool of stomach-churning evil.

Crazy Days and Nights (CDAN) is a Hollywood blog run by someone with evident insider knowledge of the “entertainment industry” — Ent Lawyer (Ent=Entertainment), who says he’s never been sued. He is described by The Daily Beast as having a track record of accuracy. Investigative journalist Mark Ebner said this about Ent Lawyer:

In my opinion, that’s what makes him so impressive, is that no one knows who he is, and he’s being proven right again and again. That’s like legendary shit.

In a blind reveal today, Ent Lawyer of CDAN states that Jerry Van Dyke raped Kelly when she was 12. Not only did he continue to rape his daughter, Jerry also pimped her out to other men, including actors Robert Mitchum and Martin Landau. Below is the CDAN blind reveal (I inserted the names):

February 12, 2018
This is from an unpublished interview in 1990. The magazine, which is a monthly magazine, is known by all of you and fact checked the story. They refused to publish it though because they didn’t want to ruin the lives of the men involved, based on the recollections of a person they knew would have her past actions called out. One of the editors also said that at some point, the woman [Kelly Van Dyke] gave consent to the sex. Umm, she was barely a teenager. There was no consent. I will use R for reporter and S for subject. The father they are discussing was a B list mostly television actor [Jerry Van Dyke]. The [Robert Mitchum] in the interview is a permanent A+/A list mostly movie actor who was a long time family friend of the B lister. The subject killed herself about a year after this interview.R – When did it first begin?
S – I was about 12. My dad came in my room sometime during the night. He was drunk and told me it was time for me to grow up. He then crawled into my bed and slid down my underwear and raped me.
R – Was that the only time?
S – From that point forward, whenever he would get drunk I knew he would be coming after me. I started spending the night away from home whenever I thought he might go out and start drinking. I started stealing sleeping pills from a stash of them I found in the medicine cabinet just to not be awake during the rapes. I then started taking them during the day just to numb the pain. I have been addicted to some kind of drug ever since.
R – You mentioned earlier that your dad would sometimes bring others with him. Would you clarify that?
S – Sometimes, but not often, my dad would bring over [Robert Mitchum]. He was a big movie star even back then. My dad would bring me to one of the guest bedrooms and tell me to make his friend happy and that if I didn’t, he would beat me. This started after I had started taking pills and most of the time I was a zombie, but knew there was no fighting it so would just do what he or any of the other friends dad brought over, wanted to do to me.
R – How many times did [Robert Mitchum] come over?
S – At least five or six times. One time my dad brought me to a film set to watch [Martin Landau] make [Lethal Victims]. I thought it was really fun to be there until my dad told me to go to [Martin Landau’s] trailer and wait for him. I knew what that meant. I hated going to any movie sets after that. My whole life has been one f**ked up mess because of what my dad did to me. Do you think I like doing what I do for a living? I hate it. Every single time I have sex the faces of these men show up everywhere. I hate my life and I hate living.Kelly Jean Van Dyke/Jerry Van Dyke/Robert Mitchum/Martin Landau/Lethal Victims