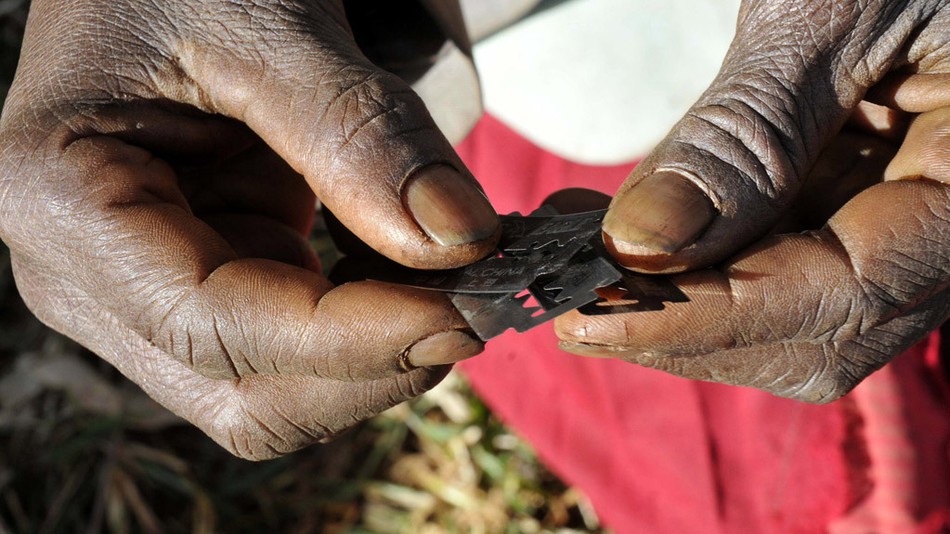 On October 20, 2018, an American judge ruled against the Michigan law that made the ritual illegal, and gave the doctors and their staff members, all Muslims, a free pass to continue.  Where are the feminists?  Where is the U.S. Constitution as to free choice about one’s body?  No one possesses the right to disfigure or dismember another person’s body, whatsoever.

Female genital mutilation proves the most barbaric, disgusting, cruel and violent act against a young female child under nine years of age.  What is it?  A practitioner uses glass or razor blades to cut the clitoris off along with slicing out the labia’s majora and minora.  They use no anesthetic.  Then the practitioner sews up the vagina just enough to allow the child to urinate.  Often the child dies from sepsis and other vaginal infections.

We faced hundreds of cases of infected genitals from the ritual in Denver, Colorado where I live, so much so, that Rep. Dorothy Rupert wrote a law to stop it. At that point, the Somali immigrants took it underground and continue the practice today.  Lots of girls get buried in shallows graves somewhere on the prairie.

At this point, our U.S. Congress imported 3.5 million Muslims.  They cut 500,000 of their female babies with FGM in the past 30 years.  They also average 23 to 27 “Honor Killings” of their women annually in the USA.  (Source:  Ed O’Callihan, White House briefing, Feb 2, 2018, “Honor killings and Female Genital Mutilation in the USA by Muslim immigrants.”)

If this doesn’t make you sick to your stomach, I am at a loss.  Our first world, modern society bows to a 6th century, Dark Ages, violent religion by giving the ‘Okay’ to assaulting a young child without her voice to say “no” to such a barbaric practice.  It’s mandated in Sharia Law to keep a woman “pure” and faithful to her man, who by the way, considers her “property”.  He can divorce her or kill her at any time as a Muslim.

A federal judge on Tuesday ruled that the U.S. law banning female genital mutilation was unconstitutional and dismissed charges against several doctors in Michigan who carried out the procedure on underage girls as part Muslim sect’s religious practice.

“U.S. District Judge Bernard Friedman ruled that Congress had no authority to enact a law that criminalizes female genital mutilation (FGM). “As despicable as [FGM] may be… [Congress] overstepped its bounds.”

The ruling came after defense lawyers challenged the 22-year-old genital mutilation law that hasn’t been used until 2017 when Dr. Jumana Nagarwala was arrested and accused of mutilating the genitalia of young girls.

In other words, any young girl can be assaulted by anyone with a blade or broken glass to cut out her clitoris and labia’s majora and minor—without legal action against her.  Plain and simple, in a first world country, this legalizes “assault and battery” of a child without provocation or choice.

“It’s a giant step backward in the protection of women’s and girls’ rights … Especially when there is a global movement to eliminate this practice.”  — Shelby Quast

Why are we allowing Muslim barbarians to continue their barbarity in our country?  When they start tossing gays off buildings as they do in the Middle East, will that judge allow that practice, too?  What about four wives being legal?  Will we acquiesce to that, too?  How about “honor killings”?  Will we continue to ignore the average of 23 to 27 of them annually to grow to over 100 or 500 annually?

In the sick and demented Muslim world, 20,000 women meet their deaths annually at the hands of husbands, fathers, brothers and uncles because those 20,000 women said something wrong, or they weren’t needed as a wife, so the husband killed the first wife to marry another wife.  (Source: United Nations, “Honor Killings Report”)

Islam proves itself the most violent, demented, sick and disgusting religion in the world, but its followers just got a green light to cut all its daughters here in the United States.

If allowed to continue, our country stands at the cliff edge of losing women’s rights, religious rights, gay rights, free speech, choice of religion and everything we fought for since 1776.

This is the most sad, disturbing and sickening column I have written in 40 years.  Everyone one of those Muslim girls suffers her sexuality being cut out of her and a brutal assault on her right to choose her life.

“I’m angry that the federal judge dismissed this horrific case that affected upwards of a hundred girls who were brutally victimized and attacked against their will,” he said in a statement. “This is why it was so important for Michigan to act. We set a precedent that female genital mutilation will not be tolerated here … I hope other states will follow suit.”