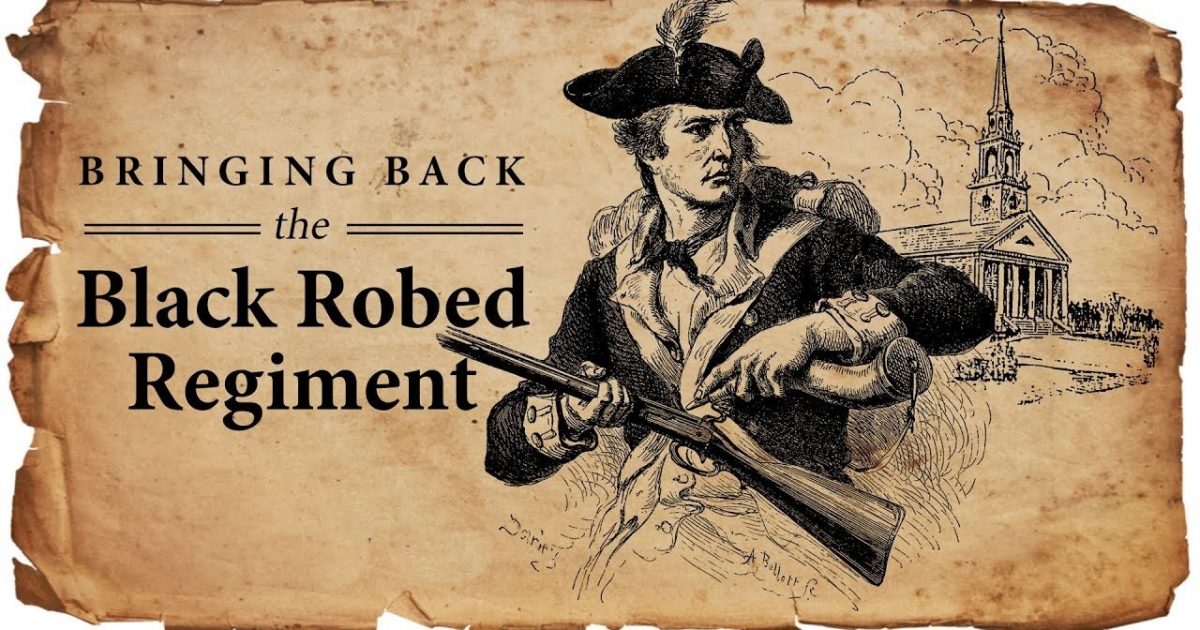 “Those who expect to reap the blessings of freedom, must, like men, undergo the fatigue of supporting it. …and whether we defeat the enemy in one battle, or by degree’s, the consequence will be the same.” -Thomas Paine, author, and founder, 1777

I remember when I first got into ministry, I was approached and asked to attend a youth group to give my testimony, and of course, I obliged.

I also remember after giving my testimony that week that I began to hear over and over again by the youth pastor as to what they were going to do in reaching the up and coming generation. Yet, week after week it was the same thing, just sensationalized preaching with little to no action outside of the church building (1 John 3:18).

It then dragged month after month, at which point, I had enough. Here am I preparing (Colossians 2:7-18) to bring about the answers (Isaiah 6:8) to this world (John 4:35) and this guy is talk, talk, talk, and even more talk. I am not built to sit around in a church building and pacify and deceive myself by merely talking about what needs to be done (Proverbs 6:9; James 2:14-26).

How was I to sit around and merely talk about what Christ commanded us to do (Luke 19:10).  Just think of it this way, I would not have been at the church in the first place if there had not been someone who reached out to me (2 Corinthians 5:20).

As a side note, after every church service, I was in the church library studying the likes of Charles Spurgeon, John Knox, Martin Luther, Charles Finney, John Wesley, Jonathan Edwards, John Calvin, Smith Wigglesworth, John Alexander Dowie, William and Catharine Booth, etc.  These were giants in the faith that obtained a good report and I wanted to know the God that they served (Hebrews 11:2). There is a definite difference between the church in America from the founding era to the present.

How was I going to spend the rest of my life reading about the history of the men that proved the God of Israel, and have been partakers of signs and wonders (Mark 16:20) and not do the same, especially knowing that Jesus Christ is the same yesterday, and today, and forever (Hebrews 13:8)?

It was Jesus who said:

“Verily, verily, I say unto you, He that believeth on me, the works that I do shall he do also; and greater works than these shall he do; because I go unto my Father.” -John 14:12

And if He is not a respecter of persons, then I have the same access into the Holy of Holies (Hebrews 10:19-22) to commune with the God of Abraham, Isaac and Jacob as our forefathers did (Acts 10:34).

Friends, I cannot sit in a circle and pretend (Matthew 23:3), I will not preach without His witness (Acts 5:32), I will not have any part of playing church without the practice of what I preach, for this is the widespread problem that we are having in this country today.

Furthermore, my spirit hungers (Matthew 5:6) and strives for connection with the God of David (Romans 8:14-16), through Jesus Christ, to see Him do for my generation that which He did for David’s.  Scripture is clear, you do not find the Lord by just talking about His promises.  You must act.

“O God, forsake me not; until I have shewed thy strength unto this generation, and thy power to every one that is to come.  Thy righteousness also, O God, is very high, who hast done great things: O God, who is like unto thee!” -Psalm 71:18-19

“For our gospel came not unto you in word only, but also in power, and in the Holy Ghost, and in much assurance; as ye know what manner of men we were among you for your sake.” -1 Thessalonians 1:5

Bringing it closer to the present time from that of the biblical patriarchs is our founding fathers, who sacrificed themselves in order that their posterity might have freedom (2 Corinthians 3:17).  I’m speaking namely of the Black Robed Regiment.

. These were the apostolic and prophetic preachers of their day (1 Corinthian 12:28) and the forerunners (Micah 2:13) who had the courage to act on our behalf over 242 years ago. They did not just preach out against the sins of the tyrants, they fought against him and his armies by resisting and throwing off his ungodly rule.

“Resistance to tyranny is obedience to God.” -President Thomas Jefferson

Roger Sherman, Architect and Signer of The Declaration of Independence said:

“Sad will be the day when the American people forget their traditions and their history, and no longer remember that the country they love, the institutions they cherish, and the freedom they hope to preserve, were born from the throes of armed resistance to tyranny, and nursed in the rugged arms of fearless men.”

How do Roger Sherman’s words line up with what you are seeing in America today? Today, we have nothing but a bunch of effeminate and godless hirelings who are afraid of their own shadows (Revelation 21:8), sitting in another one of their board meetings like a bunch of clowns in a circus trying to figure out how they can entertain and introduce the sheep-goats to the wolves (Matthew 25:31-46; 1 John 2:15-17).

“A time will come when instead of shepherds feeding the sheep, the church will have clowns entertaining the goats!” –Charles H. Spurgeon

“But he that is an hireling, and not the shepherd, whose own the sheep are not, seeth the wolf coming, and leaveth the sheep, and fleeth: and the wolf catcheth them, and scattereth the sheep.” -John 10:12

Think of this, a bunch of professors who claim to have the answers that the world needs and yet, they are unwilling to bring them answers in power so that they might be set free (John 8:36).

Again, Charles H. Spurgeon comes to my aid when he said,

“Have you no wish for others to be saved? Then you’re not saved yourself, be sure of that!”

After all, you cannot give what you do not have (Matthew 10:5-8; Jude 1:12)! But what of those who have brought the answers to this world?

Let’s light the candle and see how our forefathers led the way. Looking now to the example of the Black Robed Regiment and what was recorded on their behalf (Malachi 3:16), those who have gone before us in the faith (Hebrews 11), and see how they trusted in the living God (Proverbs 3:5), and how the Lord answered on their behalf.

“No class of men contributed more to carry forward the Revolution and to achieve our independence than did the ministers.” -B. F. Morris, historian, 1864

“The preachers of the Revolution did not hesitate to attack the great political and social evils of their day…” Frank Moore, historian, 1862

“To the pulpit we owe the moral force which was our independence. They prepared for the struggle, and went into battle, not as soldiers of fortune, but with The Word of God in their hearts and trusting in Him.”

“This righteous rebellion began in the churches before spilling out into the streets of Boston and the rural regions of the colonies. In 1776 mixing politics and religion was as common as drinking smuggled tea.”

“The colonial clergy created the religious climate that made it possible for the American Revolution to take place.” James L. Adams, author and journalist, 1989

“The Christian “ministers of war” had done their job well, in fusing their congregants with the feeling they were first and foremost Christian soldiers…”

“The poorly armed, ragtag American recruits set forth to do battle. …in the process they would turn the world upside down.” James Adams

“Since we are compelled to take up the sword, in the necessary defense of our liberties, let us gird on the harness with firm defiance and with fixed purpose, to part with our liberty only with our lives…” Moses Mather, pastor, 1775

“It must never be forgotten that religion gave birth to Anglo-American society. In the United States, religion is therefore mingled with all the habits of the nation and all the feeling of patriotism, whence it derives a peculiar force.”

“We are not fighting against the name of a king, but the tyranny; and if we sailor that tyranny under another name, we only change our master without getting rid of slavery.” William Gordon, 1777

“Expense is not to be regarded in a contest of such magnitude. What can possibly be a compensation for our liberties? It is better to be free among the dead, than slaves among the living.” Zabdiel Adams, pastor, 1782

“We know that our civil and religious rights are linked together in one indissoluble bond. Religion and liberty must flourish or fall together in America. We pray that both may be perpetual.” William Smith, pastor, 1775

Outside of the fact that this Black Robed Regiment documentary-movie was outstanding, what begs the question is where are the men in number to do the same things today? It is not God that has changed (Malachi 3:6)!

Below is a quote by D. H. Lawrence which serves as a warning to anyone that believes that inaction brings anything but slavery.

“Men fight for liberty and win it with hard knocks. Their children, brought up easy, let it slip away again, poor fools. And their grandchildren are once more slaves.”