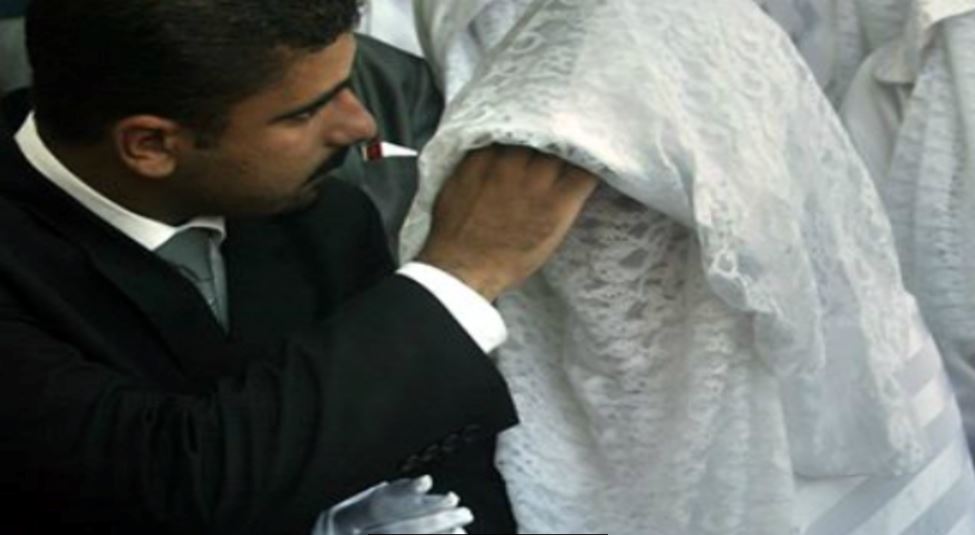 Recently I was discussing culture with an educated person whom I respect. Over bourbon, we talked about various matters, including religion. The conversation was interesting but uneventful until he dropped this line.

“You do know half of the Arab world is inbred, right?”

It was a jarring line. It sounded both coarse and false. I politely answered that, no, I was not aware of this particular fact. I must have been smirking, because he persisted. “It’s true. Look it up.”

It was at this point I expressed skepticism. Perhaps he meant some villages in the Arab or Muslim world? Nope, he said.

I said I’d look into the matter, something I did several weeks later. To my surprise, I found an abundance of information on the subject. To my embarrassment, I found that my friend was pretty much right. Reliable research suggests consanguineous marriage rates in many Arab nations are as high as 50 percent.

How did I not know this? I decided to keep investigating.

A Google search of “Islam Inbreeding” will lead one to the case of Salha al-Hefthi, a 17-year-old Saudi girl who was profiled by the New York Times in 2003. Ms. Hefthi’s parents told her how lucky she was to be marrying someone from her own tribe, her paternal uncle’s son—her first cousin. The couple had two healthy boys but their third child, a girl, was diagnosed with spinal muscular atrophy, a genetic disorder that usually is fatal. The couple would have three more children born with the disease.

Ms. Hefthi told the Times she had no idea inbreeding often leads to genetic defects. This is not uncommon in Saudi Arabia, which is why genetic disorders are so rampant.

But it’s not just Saudi Arabia, or the Middle East for that matter. Inbreeding is surprisingly common in many Muslim nations and communities, evidence shows.

About 40 percent of the population marries a cousin in Egypt, according to a 2016 report in The Economist, while the percentage in Jordan is 32 percent.

“Rates are thought to be even higher in tribal countries such as Iraq and the Gulf states of Saudi Arabia, Yemen and Kuwait,” says the Economist.

A 2005 BBC survey found that 55 percent of Britain’s huge Pakistani population was married to a first cousin.

There are at least two reasons inbreeding is so common in parts of the Muslim world (in addition to ignorance of its link to genetic defects): tradition and religion.

In many parts of the Islamic world, it’s considered unusual if not offensive to marry someone outside of one’s family or tribe. The pressure to marry a family member can be intense.

A 38-year-old Egyptian woman with two sons suffering from micro-syndrome, for example, explained to the Economist how she was criticized by relatives for allowing her teenage daughter to marry “a stranger” instead of a family member.

But the pressure can go beyond mere criticism. In recent years, European nations have seen young Muslim women killed for refusing to marry a family member. Honor killings, such as this 21-year-old Kurdish woman in Germany who was gunned down at a wedding after declining an arranged marriage with her cousin, are rare. But they demonstrate the emphasis Islamic culture places on “keeping it in the family.”

The precedent for consanguineous marriage comes from the Qur’an itself. Following his military conquests, the prophet Muhammad famously married his cherished daughter Fatimah to his cousin Ali, an act that was shown to be a great honor.

“I have married you to the dearest of my family to me,” Muhammed told Ali.

In fact, cousins are not even considered blood relatives in the Islamic tradition because the Qur’an does not forbid or condemn marriage between cousins. Here is what is said in chapter 4, verse 23 of the religious text:

“Prohibited to you (For marriage) are:- Your mothers, daughters, sisters; father’s sisters, Mother’s sisters; brother’s daughters, sister’s daughters; foster-mothers (Who gave you suck), foster-sisters; your wives’ mothers; your step-daughters under your guardianship, born of your wives to whom ye have gone in,- no prohibition if ye have not gone in;- (Those who have been) wives of your sons proceeding from your loins; and two sisters in wedlock at one and the same time, except for what is past; for Allah is Oft-forgiving, Most Merciful.”

As a result of this long religious tradition, convincing Muslims to stop the practice of inbreeding has proven difficult.

“My dad would not accept that being married to his cousin could have affected his children,” said Aisha Khan, a 36-year-old Pakistani woman who lives in the UK and lost two siblings to genetic diseases. “He’d say, ‘The doctors are wrong. It’s in the hands of God.’”

But inbreeding is an issue that needs to be addressed, some European leaders say. The problem is that genetic deficiencies from consanguineous marriages is taxing European healthcare systems.

The BBC’s research, for example, found that that while British Pakistanis accounted for roughly 3.4% of all births, “they had 30% of all British children with recessive disorders and a higher rate of infant mortality.”

One study found that each year 700 babies in the UK are born with genetic disabilities as a result of consanguineous marriage. Despite this epidemic of genetic defects in babies born from consanguineous marriages, there remains a reluctance in many Islamic leaders to acknowledge the full ramifications of marriage between cousins (see below).

However, it should be noted that one of the impediments to addressing the issue of consanguineous marriage and its side-effects has nothing to do with Muslims. A serious problem, some critics say, is the inability of Western thought leaders to give the issue sufficient attention. Many, it seems, are hesitant to broach the subject, perhaps out of fear they’ll be mocked as xenophobic or portrayed as an Islamophobe. That won’t do, critics say.

“It’s a public health issue and we deal with public health issues by raising awareness, by talking about subjects such as obesity, such as drug addiction, such as alcohol,” Ann Cryer, a former British Labour Party politician, told The Telegraph. “But for some reason we’re told that we mustn’t talk about cousin marriages because this is a sensitive issue.”

The dialogue raises an important question: If we can’t talk about sensitive cultural issues, how are people of diverse backgrounds, faiths, and ethnicities ever going to live together peacefully?