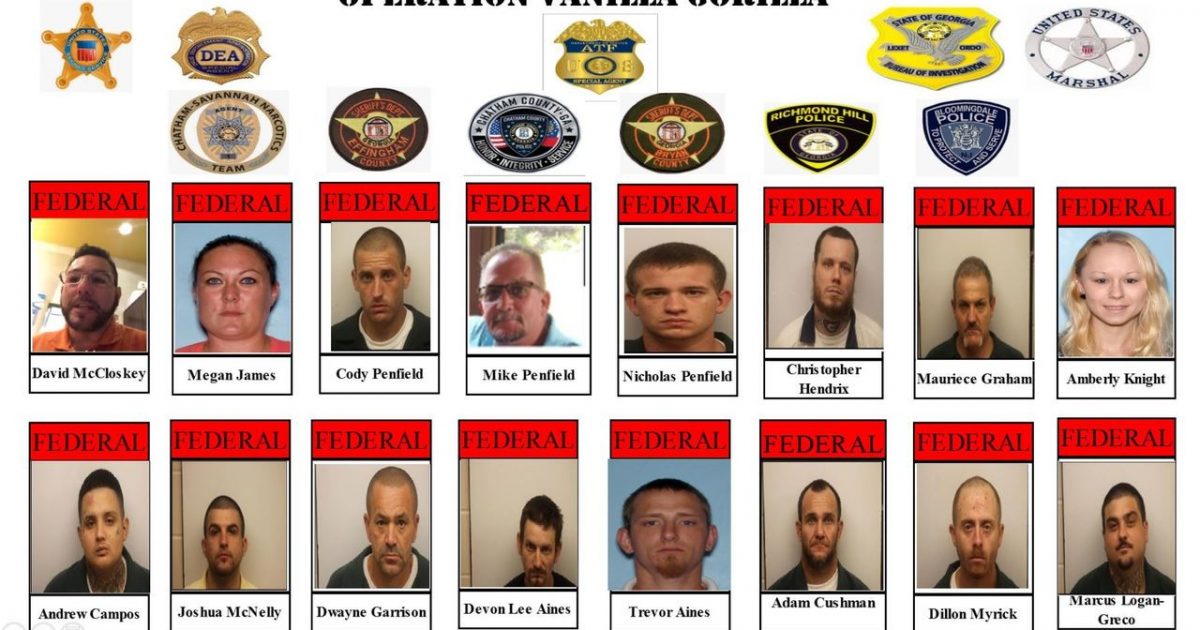 It’s always a bit comical that the most racist occupant to be in the White House, Barack Hussein Obama Soetoro Sobarkah, is hailed as this inclusive man, but what he really was was a race baiter, to the point that even Black Americans began to despise him.  Enter President Donald Trump.  He’s been called a racist and a white supremacist by the usual racists, mostly black representatives and talking heads.  Yet, look at what the Justice Department recently announced: “More Than 40 Defendants Linked To Notorious White Supremacist Street Gang Indicted.”  I’ll bet you didn’t hear about this in the mainstream media!

Seriously, I wonder if Don Lemon‘s or Jim Acosta‘s head is about to explode.

The sting that led to the indictment of these 40 persons was called “Operation Vanilla Gorilla.”  How’s that for irony?

According to the Department of Justice, “More than 40 associates of the notorious Ghost Face Gangsters criminal street gang have been indicted on federal charges related to drug trafficking and firearms possession throughout eastern Georgia and beyond.”

It is one of the largest takedowns of Ghost Face Gangsters associates to date, and it comes on the heels of arrests of 23 gang members in the Northern District of Georgia in March 2018.

The Justice Department issued a statement:

The indictment alleges that the narcotics-trafficking conspiracy began as early as 2015 and continued until the present, operating in Bryan, Chatham, Effingham, Emmanuel, Evans, and Tattnall Counties, in the Southern District of Georgia, and elsewhere. Members of the conspiracy associated with the Ghost Face Gangsters, a violent, white supremacist street gang operated largely from inside prisons, and with other criminal street gangs to aid in the distribution of controlled substances, for protection, and to promote a climate of fear.

Charges against the defendants in Operation Vanilla Gorilla include:

The indictment also seeks the forfeiture of 23 firearms that were seized during this operation.

The following people were indicted and face charges that could result in sentences of up to life in prison: 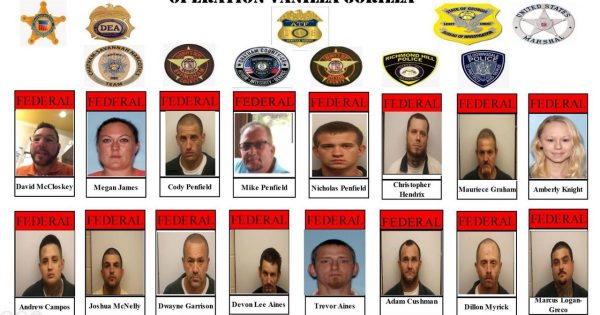 “When I was sworn in as the United States Attorney, I pledged that we would make neighborhoods safer and work hard to dismantle criminal street gangs,” said U.S. Attorney Bobby L. Christine. “As this indictment demonstrates, we will coordinate with federal, state and local law enforcement to identify criminal organizations; we will target them; and we will dismantle them. The Ghost Face Gangsters is a gang that started in Georgia prisons. It has spread to the free world. It is my goal to end the gang where it started.”

Chatham-Savannah Counter Narcotics Team (CNT) Director Everett Ragan said, “The Ghost Face Gangsters are no strangers to CNT and have been targeted in several recent high-profile CNT cases. This is a dangerous gang that promotes violence and profits from poisoning our communities. CNT understands that working investigations collectively with our law enforcement partners maximizes the impact, puts more criminals away, and is an overall win for the citizens we are sworn to protect.”

Robert J. Murphy, the Special Agent in Charge of the Drug Enforcement Administration (DEA) Atlanta Field Division said, “The mission of DEA is unwavering: We relentlessly pursue drug traffickers. This organization distributed dangerous drugs (methamphetamine and heroin) that caused immeasurable damage to communities in the Southern District of Georgia. This indictment is an example of how the law enforcement community and the U.S. Attorney’s Office work together to remove such criminals from our streets.”

“Without the phenomenal character and competence of the agents leading the investigation, this outcome would not have been possible,” said Tim Graden, Resident Agent in Charge of the Savannah Field Office of the Bureau of Alcohol, Tobacco, Firearms and Explosives (ATF). “ATF’s Savannah Field Office and our law enforcement partners targeted focus on investigating criminal organizations and violent offenders has resulted in numerous successful prosecutions like this operation. The success of these investigations are easily substantiated by the reduction in violent crime and the increased community confidence in the areas where these criminals once committed their crimes.”

Of course, all of these people are presumed innocent, as an indictment is not a confirmation of guilty, merely that enough evidence has been presented to arrest and charge them.

However, it’s quite telling that an administration that has been labeled in the manner that this one has as “racist” and “white supremacist” would be busting white supremacists, don’t you think?