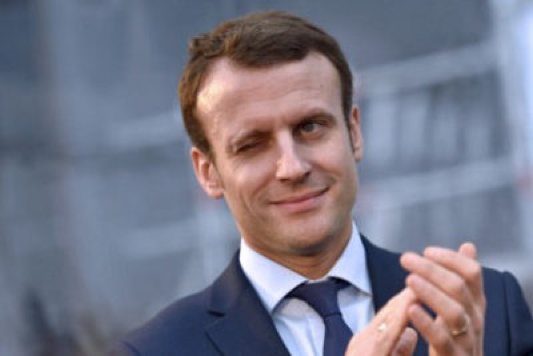 While we watch a third world invasion from Central America knocking on our southern border with Mexico, is anybody watching what’s happening to Europe?  Canada?  Australia?

Immigrants overrun each of those Western entities by the millions.

“It cannot be too often repeated that an extravagantly multicultural nation is poorly positioned to compete with nations that have not succumbed to the siren call for more “diversity.” Think of Japan. In facing the real dangers of overpopulation following World War II, Japan showed that she could achieve a unanimity of purpose that is hard to imagine in a multicultural nation. Whatever measures may be required to tame population growth, their difficulty will increase strictly in proportion to the amount of diversity in the population. In a multicultural nation patriotism withers under the onslaught of internal competition between ethnic groups. The nation is then less favorably positioned to deal with external competition. Everyone within the multiethnic nation suffers.”  —Garrett Hardin, Living within Limits: Ecology, Economics, and Population Taboos

European cultures face extinction or bastardization from incompatible religions, cultures and world views of the immigrants.  Those immigrants fundamentally ransack the parliamentary laws of Europeans.

No less than 90 “no go zones” inhabit dozens of towns and regions of France, Germany, UK, Holland, Finland, Norway, Sweden, Italy and Spain.  The immigrants created separate societies within those countries. Separate languages, cultures and ways of life.

(French President Macron giving his country away to Islam.)

Geller Report, “Europe is sinking fast. Left-wing globalist politicians have destroyed Europe, with reckless economic and immigration policies. This is what the Democrat Party wants for America. French President Emmanuel Macron is one of the many European political elites who despise President Trump. That is because Trump will not ruin America, the way politicians such as Macron have ruined Europe. The MSM in the United States love President Macron.”

France accelerates into its own third world country as it allows endless immigration to cripple its culture, politics and economy.

Notice “an array of flags” from citizens from multiple nations.

Do you notice the same flag waving from different countries in Canada, America and Australia?

In Vancouver, Canada, now dominated by Chinese immigrants, the Canadian Maple Leaf flag remains out of sight to Chinese flags.  In Sydney, Australia, no longer an Australian city, it features flags and immigrants from over 100 countries.  And they don’t speak English.

One look at Texas, New Mexico, Arizona and Southern California shows a preponderance of flags from Mexico and Central America.

What does it mean?  It means Western countries import their own form of national suicide via allowing endless immigration to deform and displace their own cultures, languages and ethos.

A poll this week indicated that 73 percent of people in France have expressed support for the protests, which have been characterized as a grassroots movement.

The Truth Must be Told

One critic wrote, “Murray frames the moral dilemma facing the west through a quote from the prophetic 1973 book The Camp of the Saints. Author Jean Raspail saw ‘A million poor wretches, armed only with their weakness and their numbers, overwhelmed by misery, encumbered with starving brown and black children, ready to disembark on our soil, the vanguard of the multitudes pressing hard against every part of the tired and overfed West.”

Murray describes the immigrants on the island of Lesbos, the slums of Malmö, and the streets of Paris. Later chapters go into extensive detail about the Islamic immigrants. They do not want to integrate. They have no respect for the host cultures. They are given to crime, especially rape. Their parts of the major cities – Paris, Stockholm, Berlin – become no-go zones for police, firemen and ambulances. They institute Sharia law among themselves and reject the host countries.

Europeans feature a fetid 21st century fatigue. European philosophy and culture crested at the end of the 19th century. It had nowhere to go except nihilism and hedonism, and Europeans chose that path. Europe allows Muslims to take over because it hasn’t the strength to defend itself.

“Europe has given up on freedom of speech when it comes to Islam,” said Murray. “Too many events have shown that it is too dangerous. It is the politicians who are especially cowardly. The people by and large, and in increasing numbers, don’t want widespread Muslim immigration. Yet the politicians keep the doors open and keep telling saccharine stories about how wonderful it all is.”

“There are huge contradictions between a Sharia law society and modern liberalism,” one critic said. “Treatment of women and homosexuals would top the list. Yet, liberals continue to push for open borders. Murray notes cases such as that of Pym Fortuyn in the Netherlands in which liberals came to oppose immigration (and, too often, to die for taking such a stance). He does not whatsoever go into the question of who owns the media that covers up Muslim crimes and broadcasts the message of diversity.”

There may be hope for Western Europe. The millennial generation is waking up. One of the most heartening books I’ve seen recently is Generation Identity.

Essentially, as the USA imports another 100 million immigrants within 30 years, it will write its own national suicide story.  It accelerates its own death via 1.7 million legal and illegal immigrants from 196 different countries, annually.