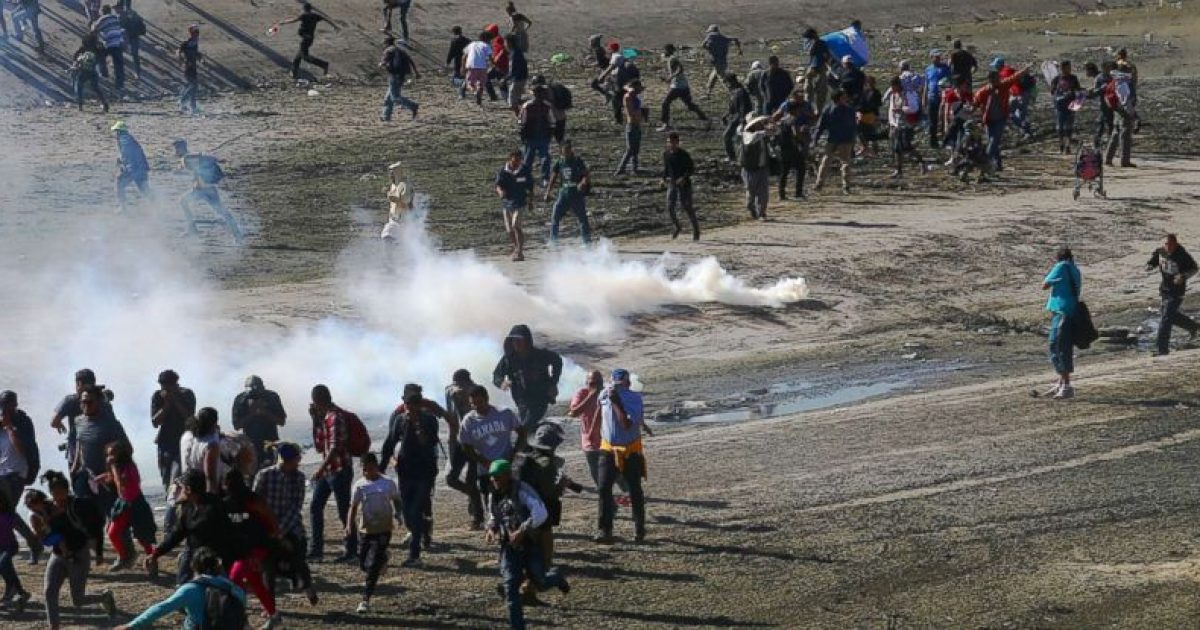 While thousands of male migrants wait in food lines in Tijuana ready to invade the united States, others have sought to assault border patrol agents in an attempt to rush the border but were forced back with tear gas.  Now, a border patrol chief claims that the male migrants attempting to cross the border illegally used women and children in their advance as they assaulted officers in the process.

Of all places, we get the report from CNN.

“Forty-two [caravan migrants] crossed the border and were arrested … there were numerous people that actually made it across the border,” said Rodney Scott, Chief Patrol Agent for the San Diego Sector of the border.

“What I find unconscionable is that people would take children intentionally into this situation,” said Scott.  “What we saw over and over yesterday was that the group, the caravan as we call them, would push women and children toward the front and then begin, basically, rocking our agents.”

That should not seem unconscionable considering what these people have done before.

Just take a look at what they did in Guatemala.

And at the Mexican border…

Yesterday Mexico's border was violently attacked by another Migrant Caravan group traveling to the U.S.

1 migrant was killed, 6 police were injured

The media has been under reporting this pic.twitter.com/jTbI6BeKHQ

These people don’t care for the law.  They are nothing more than a political opposition being used to oppose an administration that has promised to defend America’s borders.

“We try specifically to target the instigators, the person assaulting the agent,” Scott added.  “But as you saw, once that chemical is released, it does go through the air … I inhaled quite a bit of it yesterday.”

Scott went on to say:

We are in the process of building the new border wall here, but we don’t have it completed. There were some sections that had the dilapidated border wall that was made out of scrap metal the military gave us.

The group breached a couple sections of that, actually tore down one small section, started to rush across. And that’s another time that they started assaulting our agents. We were able to hold them back using riot-type, riot techniques. But there were, ultimately 42 arrests of individuals. And again, as I mentioned, the vast majority of those were adult males.

“The vast majority [of people in the caravan]… are economic migrants,” he said, adding, “if they were truly asylum seekers they would have walked up with their hands up and surrendered.”

, which I have no issue with.

On Fox & Friends, Border Patrol Foundation president defends pepper spraying latinx migrants because “it’s natural. You could actually put it on your nachos and eat it.” pic.twitter.com/QLdQXqqNno