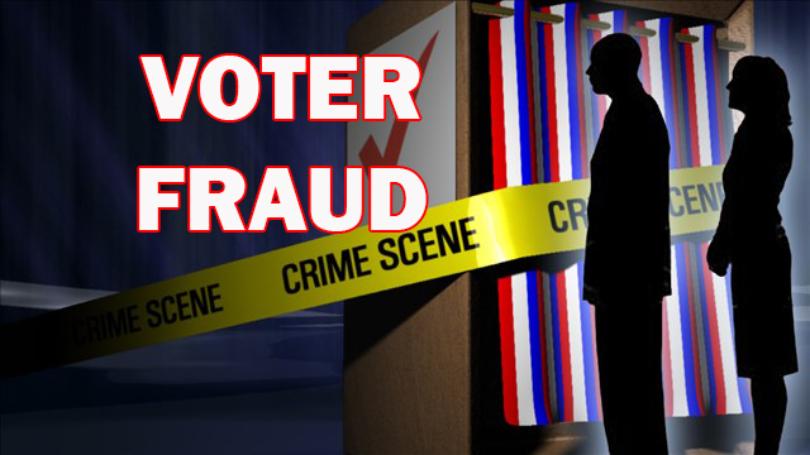 The United States is currently in a constitutional crisis, and has been for years, over having the dirtiest elections in the world. Of course, there are the usual voter fraud tactics being used such as people voting multiple times in the same election, illegal aliens being allowed to vote, electronic ballots programmed to switch votes for a particular candidate, and votes being cast by dead people. Now, we are dealing with local precincts who have elections supervisors who destroy, deliberately hide, and claim to miraculously find literally hundreds of thousands of votes after elections are called. Of course, the main counties involved are the usual dens of corruption that have been at it for decades, namely Broward, Palm Beach, and Miami-Dade counties in Florida.

As witnessed during the last election, we now have a multitude of voter precincts across the country that are out to sway elections to favor particular candidates using the same fraudulent tactics as the Florida counties, namely Arizona, Georgia, Mississippi, and New Mexico to name a few.

In the case of the House race in Arizona between Democrat Kyrsten Sinema and Republican Martha McSally, where McSally really won the election until fraud tactics were employed and caused her to ultimately lose the election.

In Georgia, Democrat Stacey Abrams tried every dirty trick in the book to get her loss overturned against Republican Brian Kemp.  Luckily, that was not possible since Kemp had so many votes that even the cheating could not overcome.

Another case of voter fraud and manipulation that hardly made the news comes out of New Mexico, where Yvette Herrell (R) won her race for Congress by 1,800 votes over Xochiti Torres Small (D) in a district easily won by Donald Trump in 2016. However, after giving her victory speech, an hour later, Herrell was contacted by New Mexico Secretary of State Maggie Toulouise Oliver, who is a Democrat, and informed that some 8,000 ballots had suddenly been found and Xochiti Torres Small was now the winner.

California leads the world in fixed elections as was seen in the 2016 presidential election where as soon as the polls closed, Hillary Clinton was declared the winner.  This happened before 1 vote was counted. This time around, Democrats were being called winners even before 1% of the votes were counted in some instances.

Such criminal election fraud is a normal occurrence in California, since the state literally set itself up for dirty elections by allowing millions of illegal aliens to vote, mainly via the state’s Motor Voter law. As usual, millions of votes were not counted during the latest Mid-Term elections, as was the case in the 2016 general election.

With all the blatant fraud, manipulation, and outright criminal cheating displayed by Brenda Snipes, in particular, and with questionable election outcomes in over 13 states, it should be crystal clear to anyone with an IQ above moron, that we have a massive problem with voter fraud and manipulation in this country. These problems are mainly from the DNC, Leftists in office and Socialist billionaires flooding chosen candidates with billions of dollars in campaign funding.

The Socialist/Fascist Left, who always ask where is any proof of fraud, only had to observe this last mid-term election to see that it was literally out of control and in plain sight to everyone.

The only way to fix elections in the US is to make any election fraud impossible. This can easily be done by disqualifying every vote from any state who allows non-citizens to vote in general elections.

Votes from cities that consider themselves as sanctuary cities and allow illegal aliens to vote should also have all ballots cast from within their district disqualified.

Limits on the amount of campaign contributions a candidate can get for running for office also needs to be implemented.

A system of identification of each vote cast in all elections has to become law. This can be done by identifying each person voting by either using their Social Security number or one issued to them by the state where they register to vote. A receipt showing everyone and everything they voted for with their personal ID number on it would drastically reduce any opportunity for cheating.