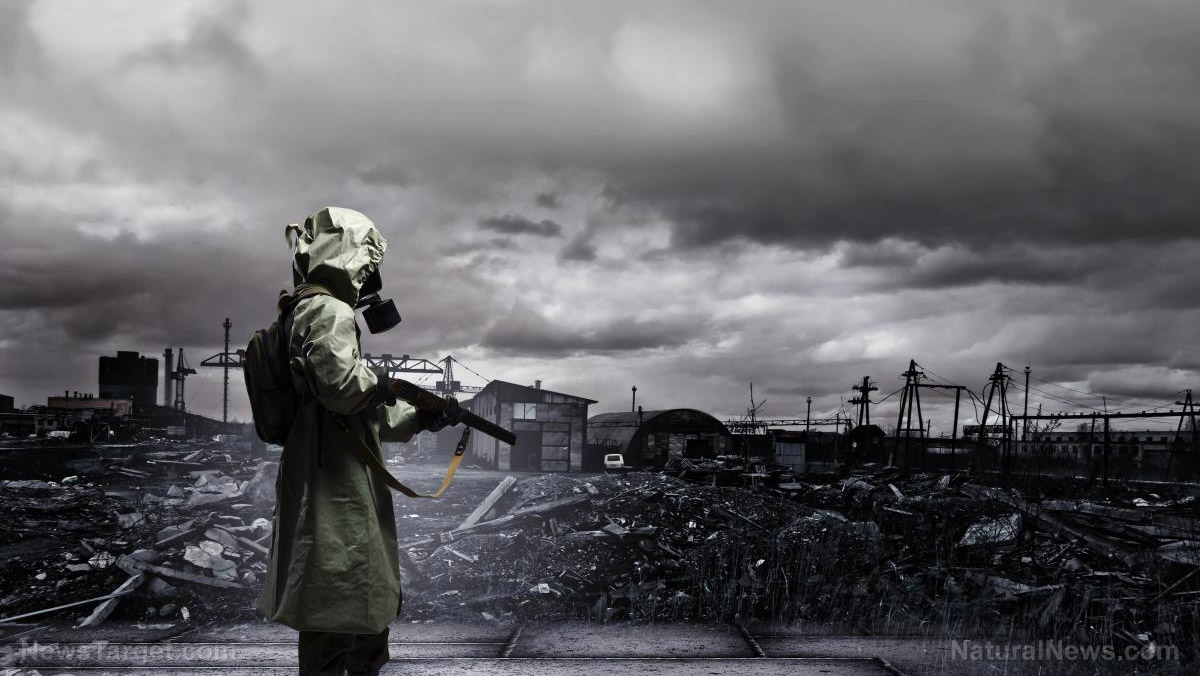 (Natural News) The Met Office in the United Kingdom is warning that massive solar storms that occur on an average of about once every 100 years are coming and that, without adequate warning, they could wipe out most technology on earth, hurling much of the world back to the 18th century.

The country’s national weather service says Britain could be “crippled by huge electrical disturbances caused by storms in space unless a satellite network is built that can detect them coming,” The Sunday Timesreported last week.

Naturally, the U.K. would not be the only country affected. Such massive solar storms would also wreak havoc on technology the world over, having the greatest negative impact on the most technologically advanced countries.

“We find that for a one-in-100-year event, with no space weather forecasting capability, the gross domestic product loss to the United Kingdom could be as high as £15.9bn (about $20.4 billion),” The Met Office study said. “With existing satellites nearing the end of their life, forecasting capability will decrease in coming years, so if no further investment takes place, critical infrastructure will become more vulnerable to space weather.”

According to NASA, the U.S. space agency utilizes its entire network of “Heliophysics missions” to study space weather, in part for the purposes of detecting and/or predicting solar storms. NASA also partners with additional U.S. agencies “to fulfill the space weather research or operational objectives of the nation,” the agency says on its website. Primarily, this is accomplished through an existing fleet of satellites mostly belonging to the National Oceanic and Atmospheric Administration (NOAA), the agency said.

There has been an interest in the scientific community to detect and measure space weather since the mid-1800s when disruptions of the then-modern telegraph system were observed thanks to solar storms. Also, soon after radio was invented in the early 1900s, radio operators discovered that transmissions were affected by the sun.

In 1859, a gigantic solar flare actually doubled the brightness of the sun for a few minutes. That increase in brightness was followed by a surge of magnetism which caused major electric currents in telegraph wires across Europe, causing widespread fires, The Sunreported.

In 1989, a solar flare affected Quebec, Canada, burning out power cables and causing a massive blackout.

Grid-down scenario would mean the end of civilized life

Today, were that to occur in the United States, chaos would ensue.

We’ve seen what happens in our cities when they are struck by major storms; looting begins almost immediately. Emergency planners know that in a case where a massive solar storm fries power lines and darkens scores of American cities simultaneously, there is no calculating the amount of death and destruction that would follow, which would only be exacerbated by the length of time power grids are down.

In fact, as Vox reported in July 2014, the U.S. was nearly struck by one of these exceptional solar storms two years earlier, in 2012.

“Most of us had no idea,” the website reported. “But had it hit us, the storm could have knocked out power grids, left millions of people without power for months, and caused widespread chaos.” (Related: How to know when an EMP blast occurs, and how to survive in the dark world that follows.)

But it’s not just solar flares we should be worried about. Members of a congressionally appointed commission to study the effects of a nuclear weapons blast over the United States told Congress in 2017 that ultimately 90 percent of the population would die within a year.

Specifically discussing North Korea’s emerging nuclear capabilities, two members of the so-called EMP (electromagnetic pulse) Commission said the threat of nuclear attack “becomes one of the few ways that such a country could inflict devastating damage to the United States.”

Some analysts have questioned the reliability of that estimate but one thing is clear: A massive grid-down scenario from any source — natural or human-caused — would be catastrophic for the world.