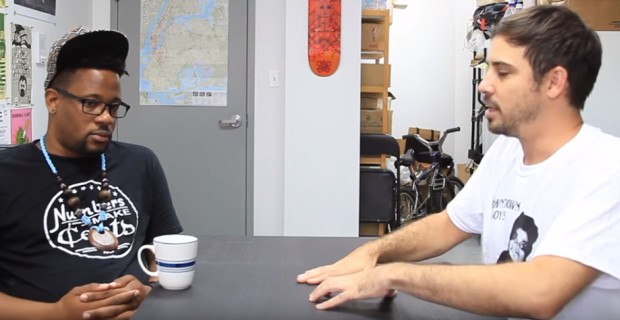 A new Yale study has found that white liberals deliberately dumb down their vocabulary when speaking to black people in comparison to conservatives who don’t.

According to the study, which is scheduled for publication in the Journal of Personality and Social Psychology, “white liberals tend to downplay their own verbal competence in exchanges with racial minorities.”

Cydney Dupree, assistant professor of organizational behavior at Yale SOM, and her co-author, Susan Fiske of Princeton University, first analyzed campaign speeches given by white Democrats and Republicans to minority audiences then compared them to speeches given to white audiences.

The same difference was not found in speeches given by Republican candidates.

They then expanded the study to include members of the general public, who were first tested to ascertain their political persuasion.

“They designed a series of experiments in which white participants were asked to respond to a hypothetical or presumed-real interaction partner. For half of these participants, their partner was given a stereotypically white name (such as “Emily”); for the other half, their partner was given a stereotypically black name (such as “Lakisha”). Participants were asked to select from a list of words for an email to their partner. For some studies, this email was for a work-related task; for others, this email was simply to introduce themselves. Each word had been previously scored on how warm or competent it appears. The word “sad,” for example, scored low for both warmth and competence. “Melancholy,” on the other hand, scored high for competence and low on warmth.”

The study found that, “liberal individuals were less likely to use words that would make them appear highly competent when the person they were addressing was presumed to be black rather than white. No significant differences were seen in the word selection of conservatives based on the presumed race of their partner.”

In other words, leftists dumbed down their vocabulary when speaking to black people, another illustration of the implicit bigotry of low expectations.

A more crude interpretation would be that the white liberal is essentially saying, “I’m a dumb ass just like you, we’ll get along fine.”

The researchers concluded that the propensity for white liberals to simplify and adapt their vocabulary when talking to minorities was “kind of an unpleasant surprise” and “could be seen as patronizing”.

The study emphasizes how while white leftists are keen to virtue signal about how much they respect people of color, when it comes to judging their intelligence, the opposite is true.

A similar phenomenon can be seen in charitable giving. Although leftists like to preach about how humanitarian and generous they are towards poorer members of society, statistics show that poorer conservatives are more charitable than wealthy liberals.