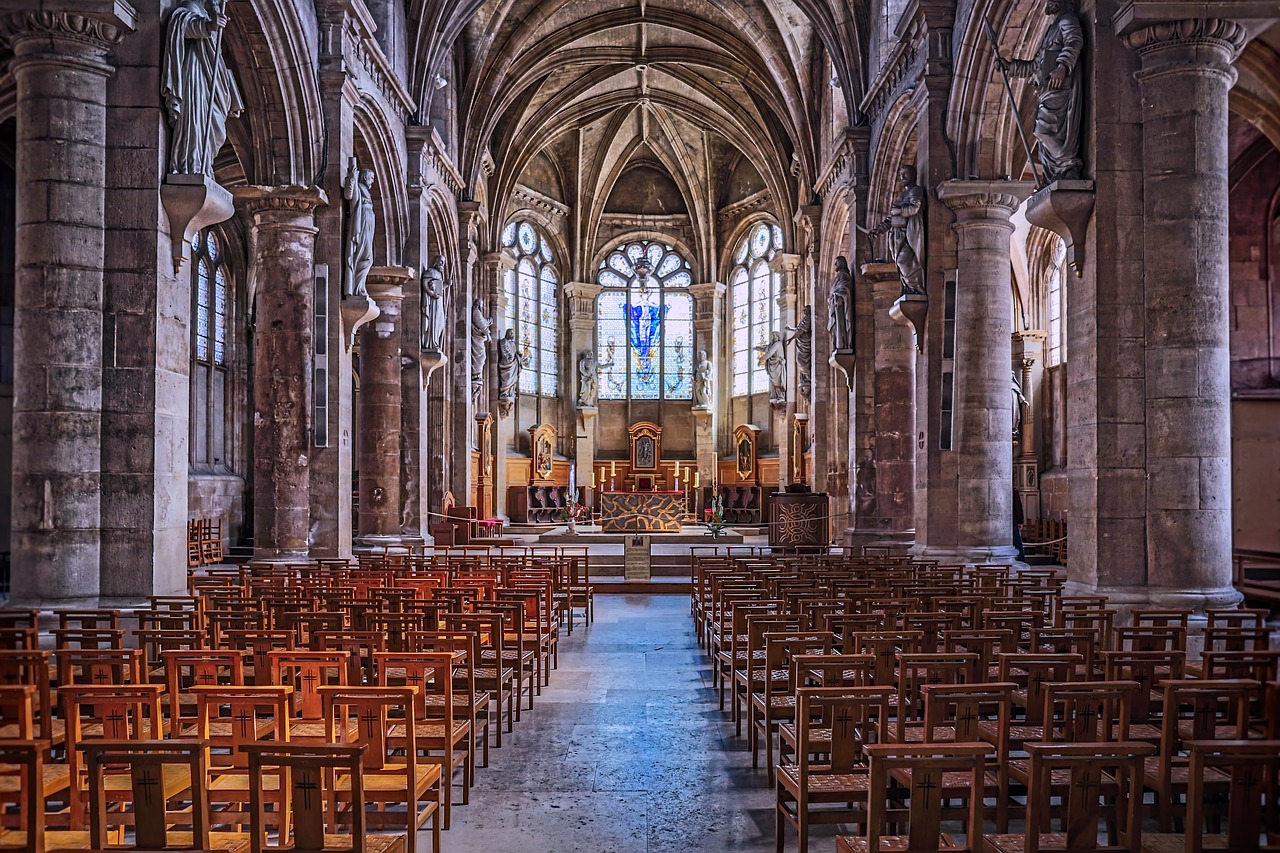 America is littered with thousands upon thousands of church buildings that aren’t being used anymore.  As you will see below, between 6,000 and 10,000 churches are dying in the United States every single year, and that means that more than 100 will die this week alone.  And of course thousands of others are on life support.  All over the country this weekend, small handfuls of people will gather in huge buildings which once boasted very large congregations.  At one time, America was widely considered to be “a Christian nation”, but that really isn’t true anymore.  As an excellent article in The Atlantic has noted, even though most Americans still consider themselves to be “Christian”, the numbers are telling us a very different story…

Many of our nation’s churches can no longer afford to maintain their structures—6,000 to 10,000 churches die each year in America—and that number will likely grow. Though more than 70 percent of our citizens still claim to be Christian, congregational participation is less central to many Americans’ faith than it once was. Most denominations are declining as a share of the overall population, and donations to congregations have been falling for decades. Meanwhile, religiously unaffiliated Americans, nicknamed the “nones,” are growing as a share of the U.S. population.

In fact, the “nones” have risen from just 6 percent of the population in 1991 to 25 percent today.  That makes them the single largest “religious group” in the United States.

Today, less than 20 percent of all Americans attend church on a regular basis.  As a result, churches are dying in very large numbers, and this is a trend that appears to be accelerating.  According to Thom S. Rainer of Lifeway, when you break the numbers down it means that “around 100-200 churches will close this week”…

Between 6,000 and 10,000 churches in the U.S. are dying each year. That means around 100-200 churches will close this week. The pace will accelerate unless our congregations make some dramatic changes.

Any institution needs resources in order to survive, and churches are not any different.

As attendance has declined, so has giving, and at this point the percentage of charity donations going to religious institutions is at an all-time low…

Religious institutions are still the single biggest recipients of overall charity donations, according to the 2015 survey by the Giving USA Foundation. About 32 percent — $119.3 billion — of a total of $373.25 billion Americans gave to charities went to churches, synagogues, mosques and temples.

But that is down from about 50 percent since 1990, according to Rick Dunham, vice chairman of Giving USA, and the percentage has been “in steady decline for some time.”

So when churches die, what happens to their buildings?

Well, some are torn down, some are renovated for residential or business purposes, and some are being put to other uses…

A large number of abandoned churches have become wineries or breweries or bars. Others have been converted into hotels, bed-and-breakfasts, and Airbnbs. A few have been transformed into entertainment venues, such as an indoor playground for children, a laser-tag arena, or a skate park.

A similar thing is happening in Europe, only on a much greater scale.  Over there, hundreds of churches have been transformed into Islamic mosques, and this has generated quite a bit of controversy.

As I discussed in my article about demographic trends, we are witnessing societal change happen at a pace that would have been absolutely unthinkable a couple of generations ago.

This is especially true for our young people.  If you go back to 1986, just 10 percent of all young adults were “religiously unaffiliated”, but now that number has jumped all the way to 39 percent…

That makes young adults the single largest group of “nones” in the entire country.  We are living at a time when there is a mass exodus from the Christian faith in America, and it is likely going to take something quite dramatic to reverse that trend.

According to the Pew Research Center, Millennials are about half as likely to attend religious services on a weekly basis as the oldest Americans are.

Church attendance is simply not as important to Americans as it once was.  In the old days, churches were central hubs where you got to know your neighbors and important events were commemorated.  But now churches sit idle and empty most of the time, and attendance on Sunday mornings is depressingly low in most cases.

When I was growing up, my parents made sure that we were in church on Sunday morning, Sunday evening and sometimes even on Wednesday evening.  But today, most churches don’t even have Sunday evening or midweek services because nobody would show up.

Our entire society, including our system of government, was birthed out of a culture of Bible-believing Christians.  The following comes from an excellent piece by Dr. Mark David Hall…

In 1776, every European American, with the exception of about 2,500 Jews, identified himself or herself as a Christian. Moreover, approximately 98 percent of the colonists were Protestants, with the remaining 1.9 percent being Roman Catholics.

Not only did early Americans identify themselves as Christians, but nearly all of them regularly attended church.

Now our society is moving very rapidly in the exact opposite direction, and many believe that this has tremendous implications for the future of our nation.