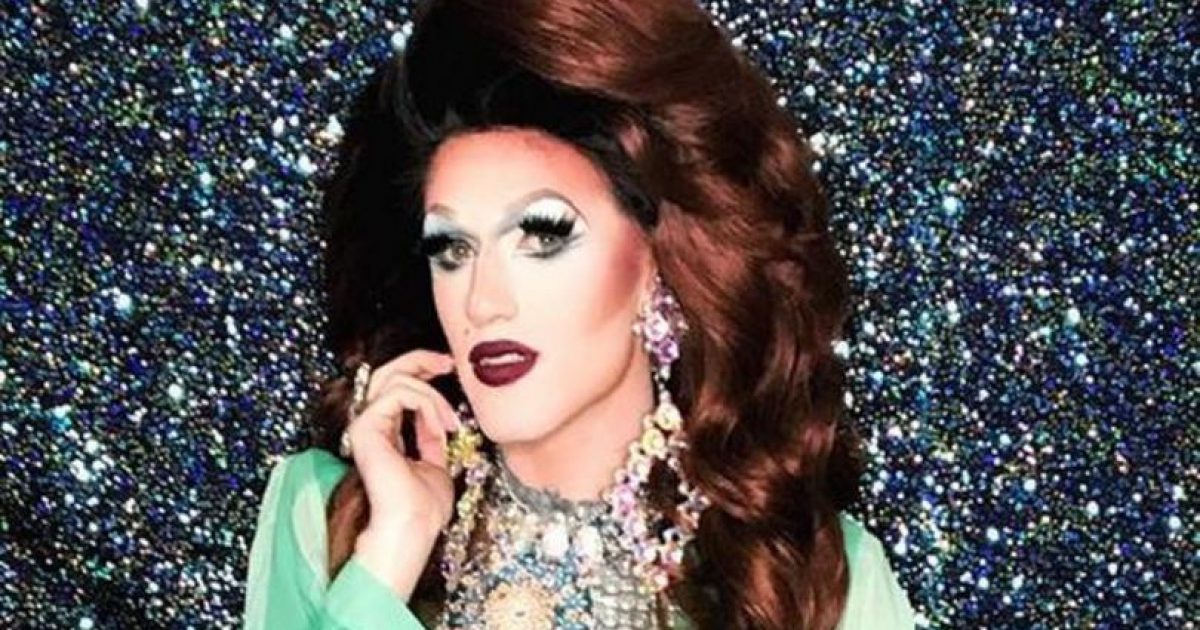 It’s really interesting to listen to mentally ill sodomites who try to tell you something is what you claim it is only to turn around and actually admit that what you said is true.  Case in point, Dylan Pontiff, a self-professed sodomite and drag queen, who tells a city council that he is “normal” and that he isn’t pushing an agenda and in the same breath claims, “We are trying to groom the next generation.”

Seriously, you can’t make this stuff up.  Take a listen for yourself.

Pontiff, who helped organize one of the Drag Queen story hour events for children as young as three at the Lafayette Public Library in early October, told the Lafayette City-Parish Council in Louisiana during a Sept. 17 meeting, “I am not there to push any kind of agenda.  I am just as talented as a singer or dancer or anyone that has a special talent. Mine is just dressing up as a woman and entertaining a crowd.”

However, he then said:

The meeting was to have the council vote on a resolution denouncing the event that the library was going to host.

First, Mr. Pontiff is a man who has committed a capital crime (Leviticus 18:22) and yes, despite the Supreme Court ruling outside of its enumerated powers in an attempt to strike down state sodomy laws, Louisiana has upheld such laws.  Not to get sidetracked here, but the Louisiana Supreme Court upheld the law just this year.

The state constitution’s privacy clause does nothing to protect those who could be prosecuted, the 5-2 decision said.

“Simply put, commission of what the Legislature determines as an immoral act, even if consensual and private, is an injury against society itself,” Justice Chet Traylor wrote for the majority. “A violation of the criminal law of this state is not justified as an element of the ‘liberty’ or ‘privacy’ guaranteed by this state’s constitution.”

In their dissent, Chief Justice Pascal Calogero Jr. and Justice Harry Lemmon said the sodomy law fails to protect against unwanted sexual behavior and represents an intrusion of government into citizens’ homes.

“The only apparent purpose of the prohibition is to dictate the type of sex that is acceptable to legislators,” Lemmon wrote. “Two married persons should be able to choose how they conduct their nonpublic, voluntary sexual relations in the security of their own home; a law that takes that choice away from them is an intrusion by the legislative branch that is constitutionally intolerable.”

Calogero added that the government has no legitimate interest or compelling reason to regulate the sexual behavior of consenting adults.

Privacy Still An Issue The ruling did not affect a pending civil lawsuit, filed by gay-rights advocates, challenging the sodomy law on different issues.

The majority said Thursday’s ruling, as a practical matter, will help put sex offenders in jail without intruding on the private lives of consenting adults.

If an act of sodomy “is truly consensual and private, it would be impractical to enforce the statute against the participants, since both would be guilty of the crime of sodomy and, consequently, there would be no victim to file charges and institute a prosecution,” Traylor wrote.

“If the act takes place in private, and one of the participants files criminal charges against the other, it can be subject to prosecution as a nonconsensual act,” he continued.

The issue really isn’t about privacy.  If sodomy were occurring in private between “consenting adults,” which actually means “criminals” then no one would ever know about it.  It isn’t about going in someone’s bedroom.  It’s about the commission of a crime and Mr. Pontiff, in his opening statement is declaring that he engages in this crime.  No one needs a warrant or violating his privacy.  He has declared his guilt before God and everyone.

Our founders would have taken care of them in a similar manner too.

Pontiff claims that in the same manner that he should be allowed access to children because he can on the one hand go and entertain adults, presumably through some form of sodomy, and then also entertain children by reading to them because he can “filter” himself.

“I can go in and entertain adults in a club and also entertain a group of students and young children. I’m able to do that because I’m an adult and able to filter myself,” he said.

Now, look, if this had happened in biblical times, his declaration at the beginning would have been enough for the crowd to have a rock party.  The fact that he then demands that he have access to their children, in my opinion, should have been warrant to deal with him on the spot.

While Pontiff played the victim, like most sodomites do, and declared that he was hated and despised and ridiculed, the fact of the matter is that there are still some decent people in the world who understand that this man and sodomites are not normal, and that allowing them to groom their children to accept it as normal is devastating to children, the family and the culture, not to mention an affront to the God, whose Word our country was founded upon.

“Unfortunately, the Drag Queen Story Hour program is turning public libraries into platforms to advance the transgender revolution, places where pro-homosexual activists are given access to children as young as three,” said John Ritchie, director of TFP Student Action, in an interview.

“Instead of protecting the precious innocence of our children with wholesome stories, libraries are misusing our tax-dollars to harm their innocence,” he said. “To attempt to dismantle and destroy the distinction between male and female is not only biologically ridiculous, but also a direct attack against God’s plan for us and for the family.  Everyone who loves the family should wake up, pray and push back.”

“When homosexual ‘marriage’ was legalized back in 2015, the naive told us not to worry because the decision would never affect us,” added Ritchie. “Marriage is just a word, they said. But for those who understand history, the redefinition of true marriage by the U.S. Supreme Court contained a string of ugly consequences.”

“What was unthinkable yesterday is tolerated today: Transgender drag performers are allowed to explicitly target children in public buildings,” he said.

“This is not about tolerance or anti-bullying,” citizen Leslie Alexander told the Lafayette Daily Advertiser. “It is a direct and intentional effort to create gender confusion and doubt among very young children at the very time they need solid guidance and understanding. The intent is to plant a seed to make children more likely to question their sexuality or gender at a later age.”

If you don’t believe me, just take a look and hear the words of the sodomites themselves.