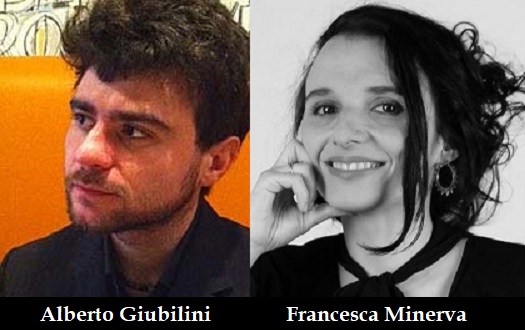 We were warned about the slippery slope of legalizing abortion.

The latest in the slippery slope is a call for infanticide.

Here is the article’s Abstract:

Abortion is largely accepted even for reasons that do not have anything to do with the fetus’ health. By showing that (1) both fetuses and newborns do not have the same moral status as actual persons, (2) the fact that both are potential persons is morally irrelevant and (3) adoption is not always in the best interest of actual people, the authors argue that what we call ‘after-birth abortion’ (killing a newborn) should be permissible in all the cases where abortion is, including cases where the newborn is not disabled.

The authors begin their article by arguing that “the same conditions that would have justified abortion,” such as Down’s syndrome and other severe mental and/or physical impairments, should also be “applied to killing a newborn human” because “children with severe abnormalities whose lives can be expected to be not worth living and who are experiencing unbearable suffering.”

But the authors then go further, arguing that even if severely disabled children are happy, they should be “aborted” after birth because of the problems they create for the mothers and for society:

[H]aving a child can itself be an unbearable burden for the psychological health of the woman or for her already existing children,1 regardless of the condition of the fetus. This could happen in the case of a woman who loses her partner after she finds out that she is pregnant and therefore feels she will not be able to take care of the possible child by herself….

[T]o bring up such children might be an unbearable burden on the family and on society as a whole, when the state economically provides for their care. On these grounds, the fact that a fetus has the potential to become a person who will have an (at least) acceptable life is no reason for prohibiting abortion. Therefore, we argue that, when circumstances occur after birth such that they would have justified abortion, what we call after-birth abortion should be permissible.

Playing word games, the authors say they eschew calling “after-birth abortion” either “infanticide” or “euthanasia” because “the moral status of the individual killed is comparable with that of a fetus (on which ‘abortions’ in the traditional sense are performed) rather than to that of a child,” and because “the best interest of the one who dies is not necessarily the primary criterion for the choice, contrary to what happens in the case of euthanasia.”

In short, the authors justify “after-birth abortion” on the grounds that the newborn infant is just like the unborn fetus in that “neither can be considered a ‘person’ in a morally relevant sense” because neither has “the potentiality to become a person” in the sense of forming any future aims.

By “person” the authors mean “an individual who is capable of attributing to her own existence some (at least) basic value such that being deprived of this existence represents a loss to her.”

By that definition, “many non-human animals and mentally retarded human individuals are persons,” but newborns and fetuses are not persons because they “are not in the condition of attributing any value to their own existence”. At best, newborns and fetuses are only “potential persons”, which means that the interests of “actual people” (parents, family, society), no matter how weak their interests, always “over-ride” the interest of “merely potential people”. The latter “cannot be harmed by not being brought into existence” because the interest of non-persons “amounts to zero”.

Giublini and Minerva even argue against adoption of unwanted newborns if the mothers could be “damaged” by giving up their newborns for adoption.

The authors do allow that since newborns and fetuses are “only capable of experiencing pain and pleasure,” they “have a right not to be inflicted pain.”