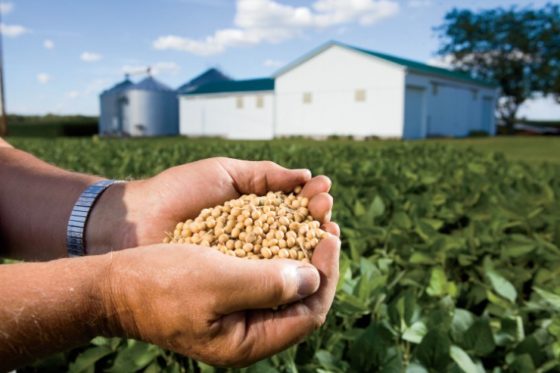 We are amidst a food crisis.  Farms in the United States Midwest are filing for chapter 12 bankruptcy at an alarming rate.  And many are saying president Donald Trump’s trade war is taking the most blame.

We hate to say we told you so, but we told you so. The trade war was a bad idea and everyday average Americans are footing the bill for this asinine policy of tariffs.  Now, the food supply could be in jeopardy because of political posturing and that will not bode well for already cash-strapped American families.

A total of 84 farms in the upper Midwest filed for bankruptcy between July 2017 and June 2018, according to the Minneapolis Star Tribune. That’s more than double the number of Chapter 12 filings during the same period in 2013 and 2014 in Wisconsin, Minnesota, North Dakota, South Dakota, and Montana, reported Vox.

Farms that produce corn, soybeans, milk, and beef were all suffering due to low global demand and low prices before the trade war, according to economists, but president Trump’s trade war is making the problem even worse by exacerbating the weaknesses in the American economy. China has retaliated against the tariffs by slapping billions of dollars worth of tariffs on United States agriculture exports in response to Trump’s tariffs on Chinese products. Other countries, including Canada, have also added duties to US agriculture products in response to Trump’s tariffs on all imported steel and aluminum.

The worst part is perhaps the solution the government has proposed to the very real problem they have created. Things have gotten so bad that the Trump administration launched a $12 billion aid package for US farmers coping with retaliatory tariffs that foreign countries have imposed on their products. So the government is paying farmers after stealing more money in the form of tariffs they were paid.  There is no such thing as a free market anymore.  In September, the government cut $25 million worth of bailout checks to the agriculture industry.

Only the government could create such a problem by stealing money from Americans, then give it back to those same Americans as welfare.  Even liberal rags are beginning to understand that taxation is theft thanks to Trump’s tariffs. “We’re just waiting for a turnaround,” one Minnesota banker told the Star Tribune. “We’re waiting for the tariff problem to go away.”