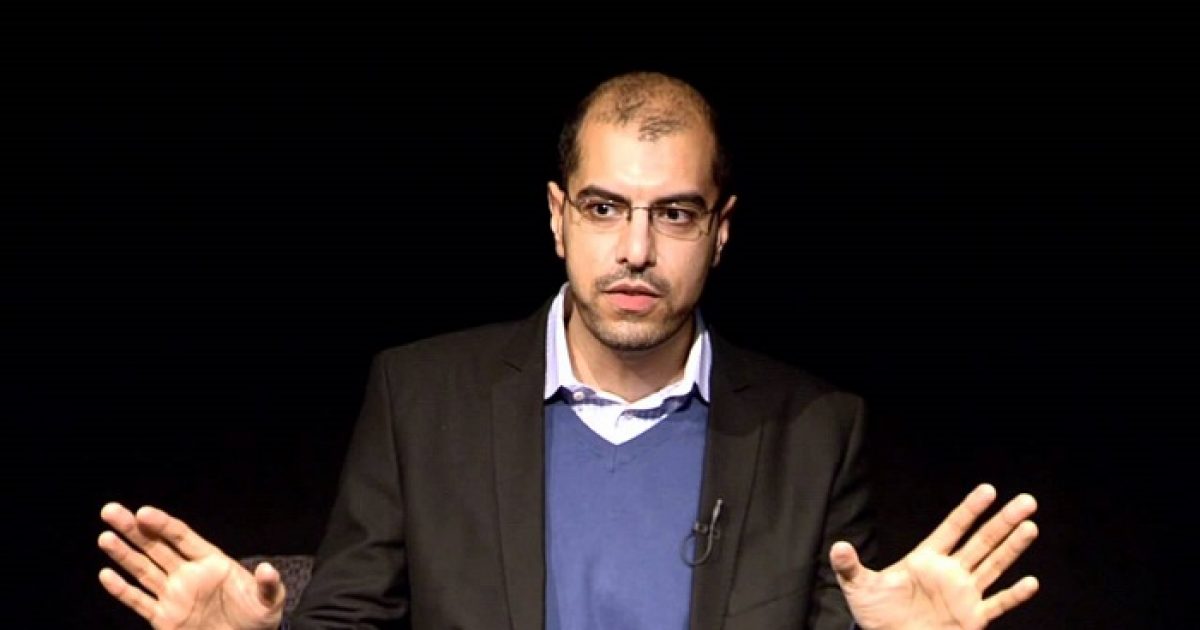 “Happy Birthday, Muhammad,” the New York Times proclaimed happily last Tuesday in a propaganda piece by Haroon Moghul, the author of a book confidently entitled How to Be a Muslim

. I’d say it was a new low for the Times if the Gray Lady didn’t keep stooping lower every day.

Moghul details how he rediscovered Muhammad during a time of doubt, marveling “that he buried the least loved of his fellow Arabs with his own hands. That he put two of his fingers together and promised that he and the orphan would be that close in the life to come. That he so loved the vulnerable that God loved him in turn.”

Laying it on even thicker, Moghul continues: “He was an outsider like me. Being an orphan from age 6 in a very patrilineal, very patriarchal and very tribal society must have been a social death sentence. Muhammad could have reacted by seething with resentment and lashing out at the world. He could have turned on himself. Instead, he became a paragon of compassion.”

Why should we believe Moghul? Because he knows: “I’d memorized Muhammad’s life story in Sunday school, cramming facts, dates, lineages into my head as if I was preparing for an A.P. exam, a good Muslim like my parents wanted me to be.”

If that is true, then Moghul knows that what he has published in the New York Times is false from beginning to end.

Here are a few statements attributed to Muhammad in sources that are considered reliable by Islamic scholars and normative for Islamic law, as recorded in The History of Jihad From Muhammad to ISIS

(in which the source for each is noted):

“I have been made victorious through terror.”“Fight against those who disbelieve in Allah. Make a holy war. … When you meet your enemies who are polytheists, invite them to three courses of action. If they respond to any one of these you also accept it and withhold yourself from doing them any harm. Invite them to (accept) Islam; if they respond to you, accept it from them and desist from fighting against them. … If they refuse to accept Islam, demand from them the Jizya. If they agree to pay, accept it from them and hold off your hands. If they refuse to pay the tax, seek Allah’s help and fight them.”“I have been commanded to fight against people so long as they do not declare that there is no god but Allah, and he who professed it was guaranteed the protection of his property and life on my behalf except for the right affairs rest with Allah.”“May Allah curse the Jews and Christians for they built the places of worship at the graves of their Prophets.”

When asked about this, he explained: “I was shown Hell and I have never seen anything more terrifying than it. And I saw that the majority of its people are women.” They said, “Why, O Messenger of Allah?” He said, “Because of their ingratitude (kufr).” It was said, “Are they ungrateful to Allah?” He said, “They are ungrateful to their companions (husbands) and ungrateful for good treatment. If you are kind to one of them for a lifetime then she sees one (undesirable) thing in you, she will say, ‘I have never had anything good from you.’”

Moghul doubtlessly knows about such passages and many more. But he doesn’t bother to reveal them to his New York Times audience, even to explain them away. Now, why is that?

There are other passages in the earliest Islamic sources in which this paragon of compassion orders the murders of people who have insulted him. These include Abu Afak, who was over one hundred years old, and the poetess Asma bint Marwan. Abu Afak was killed in his sleep, in response to Muhammad’s question, “Who will avenge me on this scoundrel?” Similarly, Muhammad on another occasion cried out, “Will no one rid me of this daughter of Marwan?” One of his followers, Umayr ibn Adi, went to her house that night, where he found her sleeping next to her children. The youngest, a nursing babe, was in her arms. But that didn’t stop Umayr from murdering her and the baby as well. Muhammad commended him: “You have done a great service to Allah and His Messenger, Umayr!”

Moghul claims that Muhammad “was forced to take up arms, time and again, to defend his faith, his community, and himself.” But in reality, the vast majority of battles that Muhammad fought in were offensive, and after his death, his followers, emulating him, attacked and conquered the Middle East, North Africa, Persia, Spain, and much of India with astonishing rapidity. None of this was defensive warfare.

Just consider: Muhammad began waging violent jihad in Medina, one city of Arabia. By the time of his death, he was master of all Arabia. That’s a most impressive defensive action! And likewise, when he is supposed to have died, in 632, the Muslims controlled only Arabia. By 100 years later, in 732, their empire stretched from Spain all across North Africa and the Middle East to Persia and India.

They defended themselves all the way to conquering nearly half of the known world? Pull my other leg.

Yet Moghul continues: “When terrorists struck New York and Washington in 2001 I was horrified, scared and bewildered. The Muhammad I revered bore no resemblance to the Muhammad they claimed. In their view, Muhammad was a conqueror first, a politician and a general second, and a man of faith last, and least.”

9/11 was hardly the first act of violence committed by Muslims acting in the name of Islam and in accord with its teachings. The History of Jihad From Muhammad to ISIS

demonstrates from Islamic sources that violent jihad has been a constant of Islamic history. If Moghul is to be believed, then Muslims for 1,400 years, everywhere Muslims have gone, have misunderstood Islam and outraged the memory of Muhammad. And this mass apostasy took place at the very top, as the violent jihad was led by the caliphs and other Muslim rulers who were, by their own accounts, endeavoring to emulate Muhammad and put his teachings into practice.

Moghul even claims that when Muhammad emigrated to Medina, “he pledged that the Muslim community would defend the native Jewish community from any of its enemies, and declared Medina to be one nation of two faiths, a profound and unusual gesture of pluralism and tolerance.”

Haroon Moghul almost certainly knows that what I am writing here is all true. He will take no notice of this article, of course, and will hope that you won’t see it, because the question arises inevitably: what does Moghul make of the abundance of material, only some of which have I quoted above, found in canonical Islamic texts, that contradicts his picture of Muhammad? Why doesn’t he discuss this material and offer some explanation for it? Or is he just hoping that we don’t know about it, and that his vilification of those who point it out as “Islamophobes” will suffice for his readers to dismiss it?

Whatever the explanation, Haroon Moghul is a dissembler and propagandist of the most cynical type. That this disingenuous huckster spreads his lies in the New York Times is an indication of how far the Times has fallen from any actual journalistic standards. And the New York Times is his eager and willing accomplice.