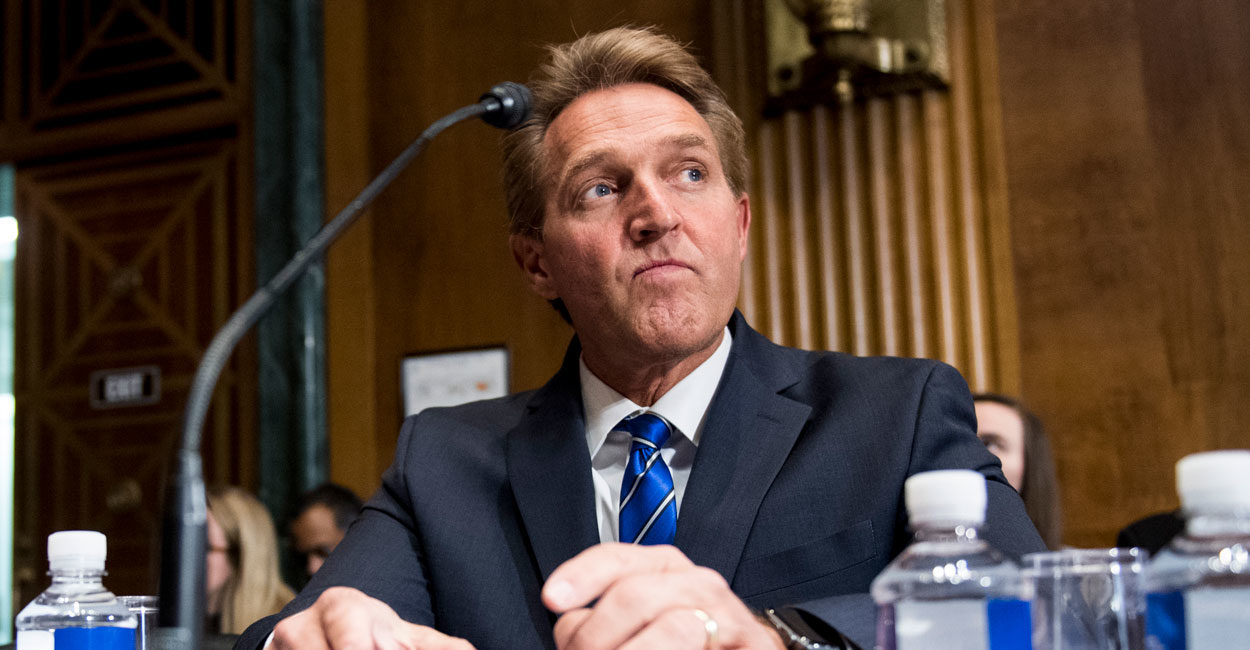 Retiring Sen. Jeff Flake is staying true to his pledge to not advance judicial nominees in the Senate Judiciary Committee, unless a bill that would prevent President Donald Trump from firing special counsel Robert Mueller gets a Senate vote.

“It is not productive,” said Sen. Ted Cruz, R-Texas, per Politico. “One of the greatest substantive victories that we have delivered for the American people the last two years is nominating and confirming strong constitutionalist judges. For a Republican senator to be blocking that is frustrating the promises we made to the voters.”

The Hill reports that Flake, R-Ariz., plans to again push for a vote on the Mueller legislation next week, and that he told CNN he thinks there are enough votes in the Senate to pass the bill.

“Sen. Flake’s display will be over when the Senate adjourns by Dec. 14 and he will have accomplished nothing,” Thomas Jipping, deputy director of The Heritage Foundation’s Edwin Meese III Center for Legal and Judicial Studies and senior legal fellow.

“A few weeks later, when the 116th Congress begins, President Trump will send back to the Senate the nominees Flake caused to lapse and they will be confirmed,” he said.

Mueller has been investigating Russia’s meddling in the 2016 election.

“I have informed the majority leader that I will not vote to advance any of the 21 judicial nominees pending in the Judiciary Committee, or vote to confirm the 32 judges awaiting confirmation on the Senate floor, until S. 2644 is brought to the full Senate for a vote,” Flake said Wednesday.

“Conservatives are getting more and more frustrated with the damage being done to a process that up until now has been running very smoothly,” Carrie Severino, the Judicial Crisis Network’s chief counsel and policy director, told The Daily Signal Thursday in a phone interview.

“Judicial nominations are the crown jewel of this administration and they have been a really good example of the executive and legislative branches working together to help improve the judiciary branch, and it is frustrating to see that breaking down,” she said.

“After delaying Supreme Court nominations and further delaying qualified judicial nominees this year, Sen. Flake seems to have abandoned his reputation of prioritizing principle in favor of fulfilling personal wishes,” Tom McClusky, president of March for Life Action, said in a statement provided to The Daily Signal. “Unfortunate as it may be, this will be Sen. Flake’s legacy upon retiring.”

Rachel del Guidice is a reporter for The Daily Signal. She is a graduate of Franciscan University of Steubenville, Forge Leadership Network, and The Heritage Foundation’s Young Leaders Program. Send an email to Rachel.