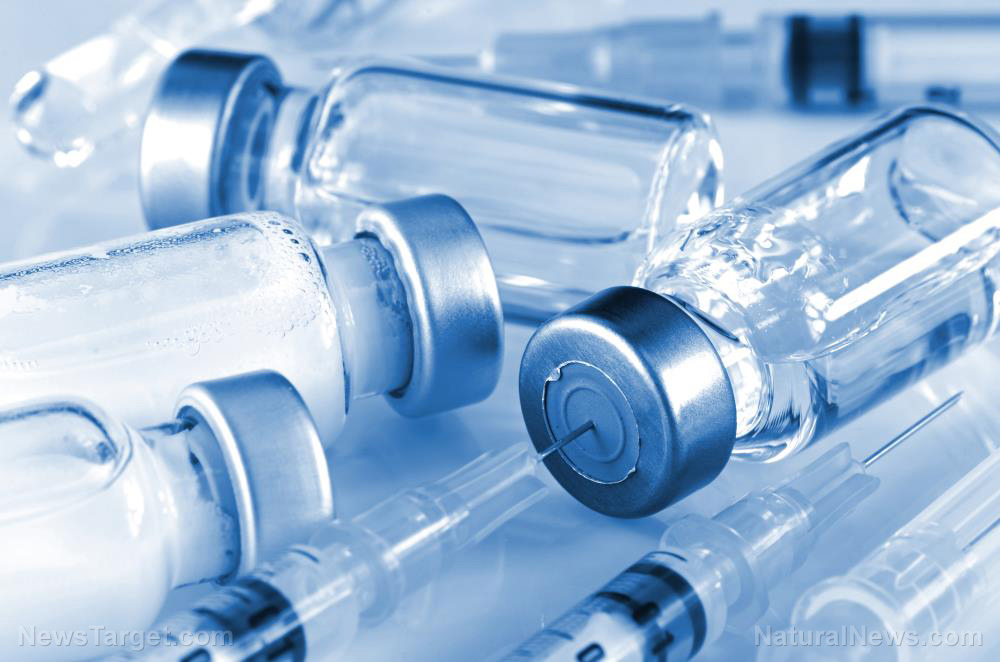 (Natural News) Las Vegas father Shane Morgan is fighting for his life after getting a flu shot earlier this month, and his story is a solemn reminder that vaccines aren’t as harmless as many make them out to be.

Morgan got a flu shot on November 2, and 36 hours later, he developed flu-like symptoms. By November 14, he could no longer feel his legs, so he asked his wife to bring him to the emergency room. He was admitted in critical condition and is now fighting for his life in the Intensive Care Unit.

Shane, age 46, is now unable to speak or move. He is being fed through a tube and breathing with the help of a ventilator, and it’s all because he developed Guillain-Barre Syndrome (GBS) in response to the flu vaccine. The rare disorder has been linked to the shot, and it causes people’s immune system to attack their own nerve cells, which can lead to muscle weakness and paralysis. While most people will fully recover from it, not everyone is so lucky. Some will die from the disease, while others will sustain long-term nerve damage. The symptoms last for several weeks.

Morgan and his wife had been looking forward to their young son’s first Christmas. Now, his concerned wife is trying to educate the public about GBS in hopes of sparing others from the tragedy. The couple doesn’t normally get the flu shot, but they reportedly agreed to get the jab after Shane’s older daughter requested they get vaccinated before visiting her infant.

One doctor told NBC television affiliate WVVA that while a flu shot doesn’t actually inject people with the GBS, the body’s natural response to the flu shot or other pathogens can cause it. The CDC says the cause of the disease is unknown, but roughly two thirds of those who develop it start to note symptoms within several days or weeks of a respiratory or digestive illness. It can be spurred by vaccination, bacteria, or another infection. Between 3,000 and 6,000 Americans develop the illness every year.

Guillain-Barre was seen widely following a mass swine flu vaccination campaign in 1976. There was also a spike in cases in Canada in the six months after the H1N1 vaccine rolled out in Quebec. The U.K. equivalent of the FDA admitted that there was a link between the vaccine and GBS.

Vaccine injuries are more common than you think

In fact, vaccine injuries are so common that a federal program has been put in place to compensate victims. The United States Court of Federal Claims Vaccine Court hears cases like those of a 13-year-old boy who became permanently disabled after getting a chicken pox vaccine. In another case, the court awarded millions of dollars to cover the lifetime of care that two children who developed autism after routine vaccinations will need.

These cases are rarely publicized, and the victims have to jump through hoops to get their compensation. Even though the court has admitted that vaccines cause problems like autism and other illnesses, they continue to protect vaccine makers from liability for such injuries.

Cases like that of Shane Morgan are more common than people think. If your doctor is pushing you or your children to get a particular vaccine, be sure to research it carefully. Learn about the side effects, and weigh the risks and benefits before deciding. Remember that vaccine injuries and deaths can and do happen to adults as well as children.